Located at the foot of the Zagros Mountains, we started our Iran trip from the city of Shiraz. The city is known as the city of poets, literature, wine and flowers, in addition to being the formal capital and of the oldest cities in Persia, there are plenty of things to do in Shiraz. This includes the pink mosque- Nasir al-Mulk, one of the most popular places for influencers to snap photos under the morning rays, penetrating the stained glass windows. 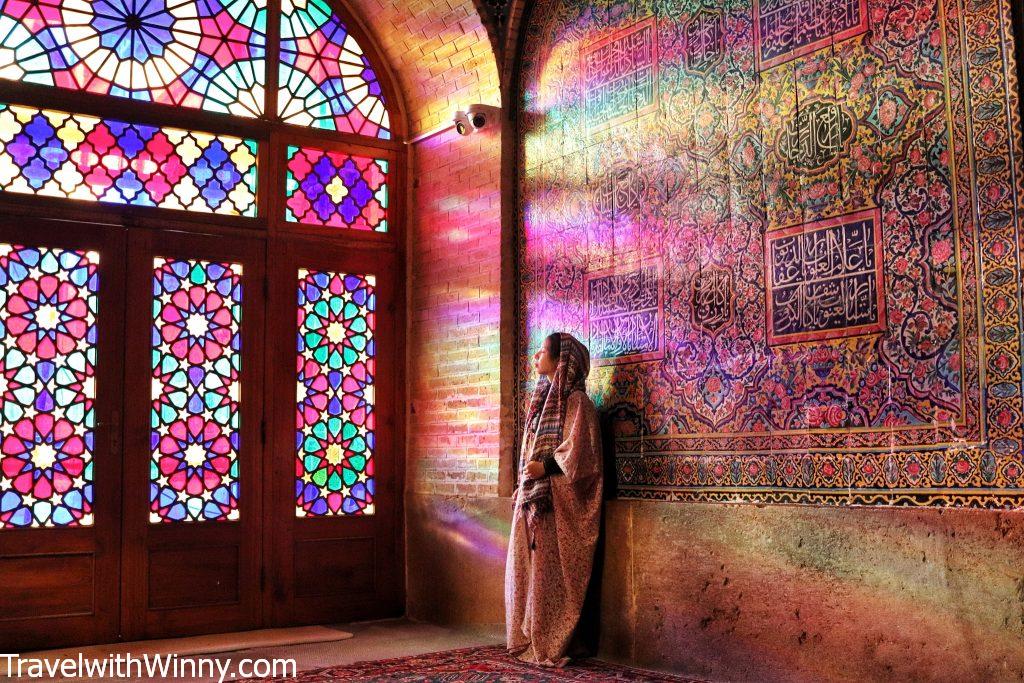 As lame as it sounds, the pink mosque- Nasir al-Mulk was actually the top reason for me to visit Shiraz.

1. Do take the metro 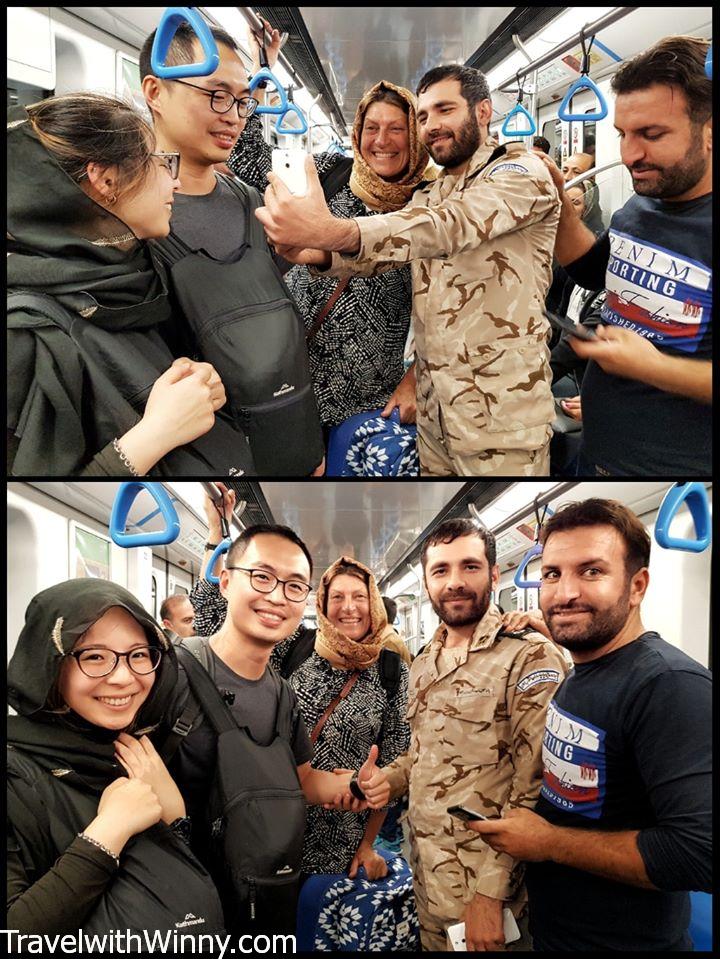 We got our first of Iranian hospitality at the metro! Many people tried to talk to us despite not knowing English.

2. Do hire a VR at Persepolis 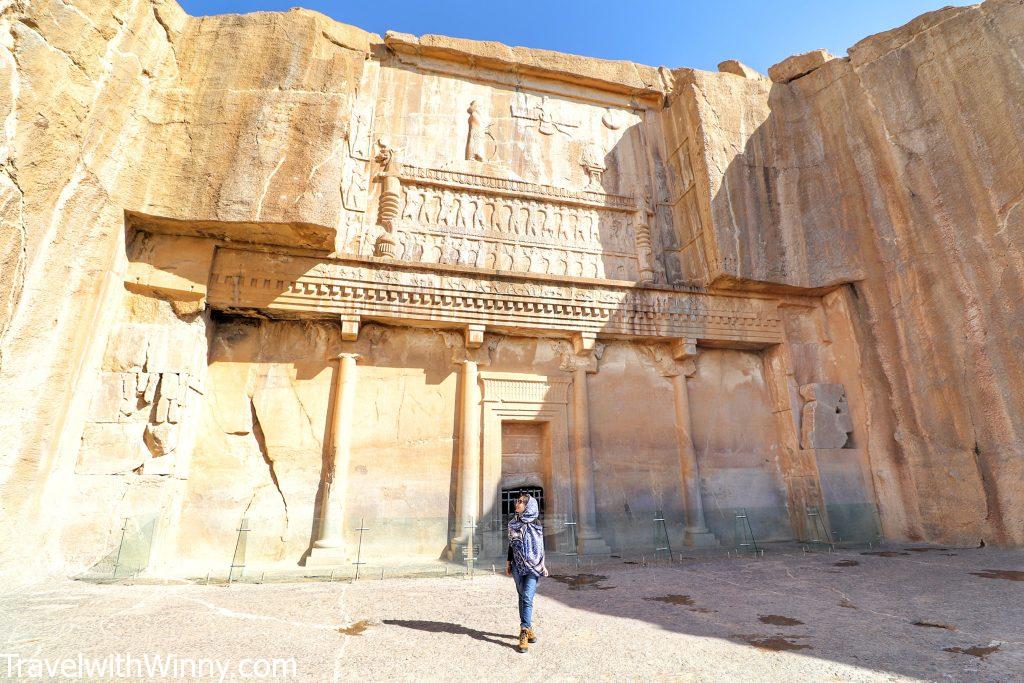 Tomb of Artaxerxes III was my favourite site in Persepolis! 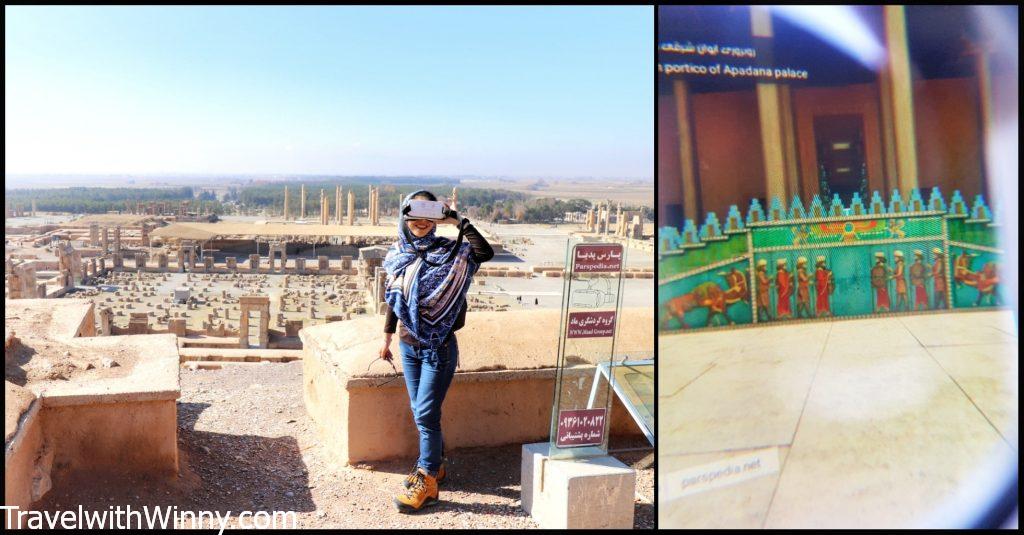 By hiring the VR in Persepolis, it made me possible to see what the original buildings were like!

3. Do add Naqsh-e Rostam to the day trip!

4. Do visit the Pink Mosque early 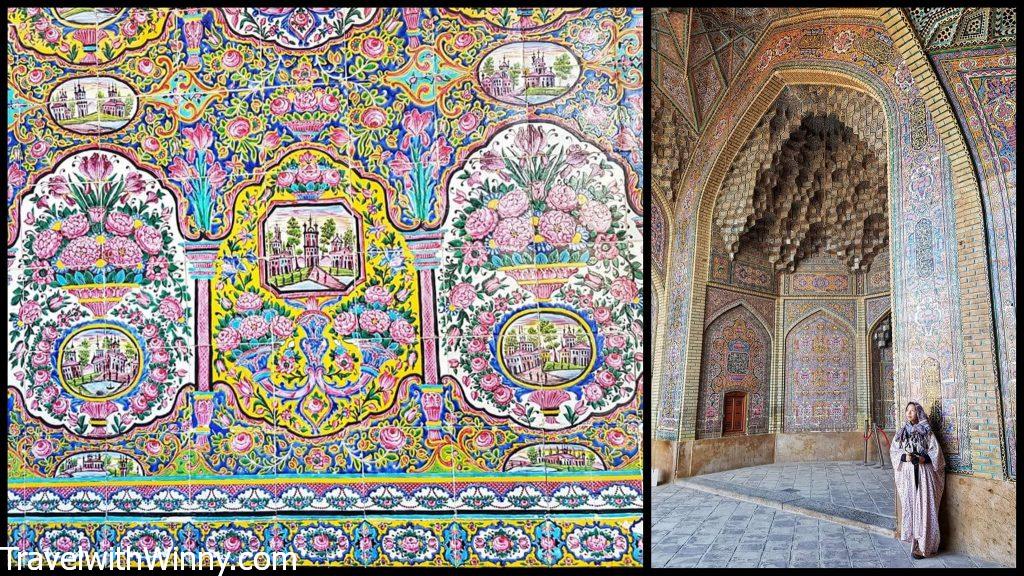 The colourful tiles displayed the Western influences in Iran during that time. 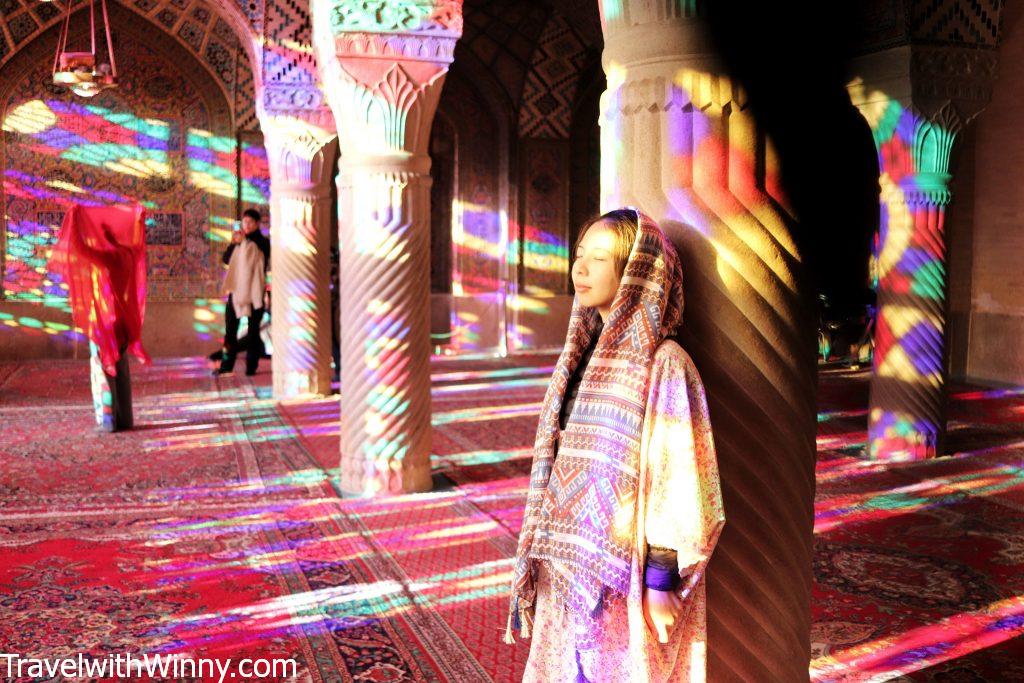 The mosque may be crowded, but it was worth it for these photos.

5. Do take the free tour when visiting Shah Cheragh 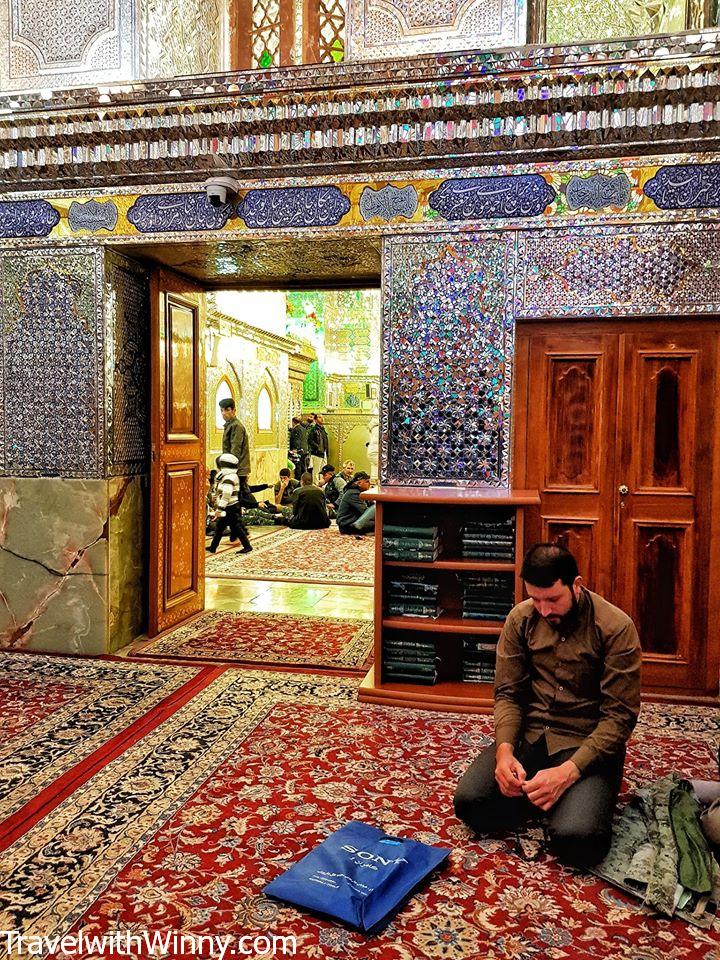 Shah-e-Charagh is one of the most sacred sites in Shiraz. 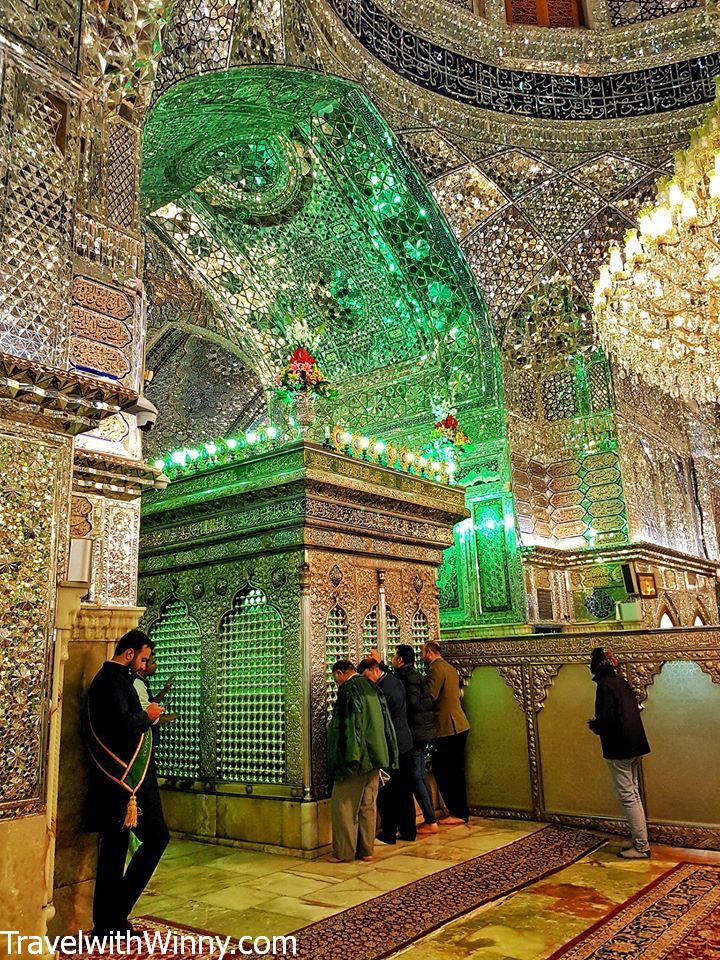 Shah-e-Charagh is also known as the “Green Mosque”.

6. Embrace the tranquillity inside the Mirror Mosque 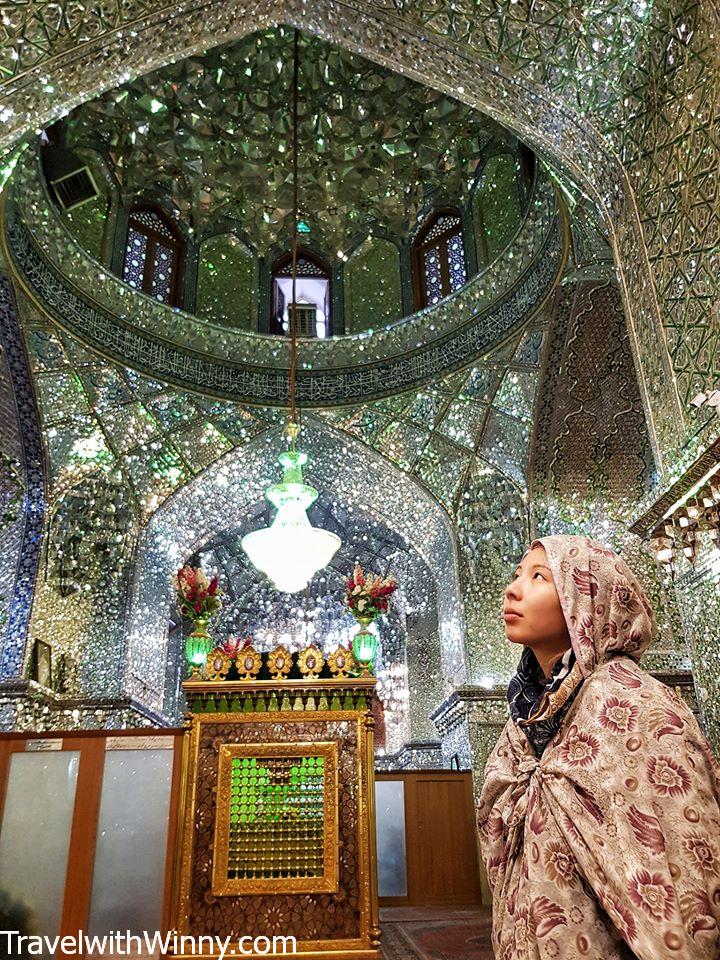 Inside the Ali Ibn Hamza Mausoleum with the mirrored interior.

7. There are no wines here but do try the local delicacies 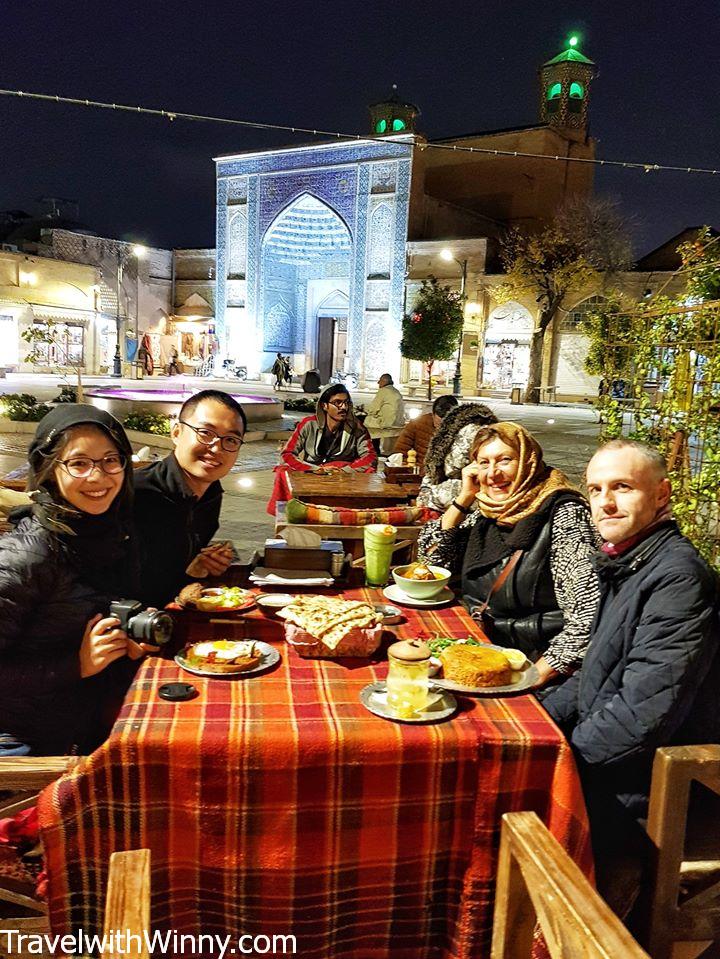 Our table outside Joulep Café & Restaurant at night with Vakil mosque in the background.

8. Do wander through one of the world’s oldest bazaar 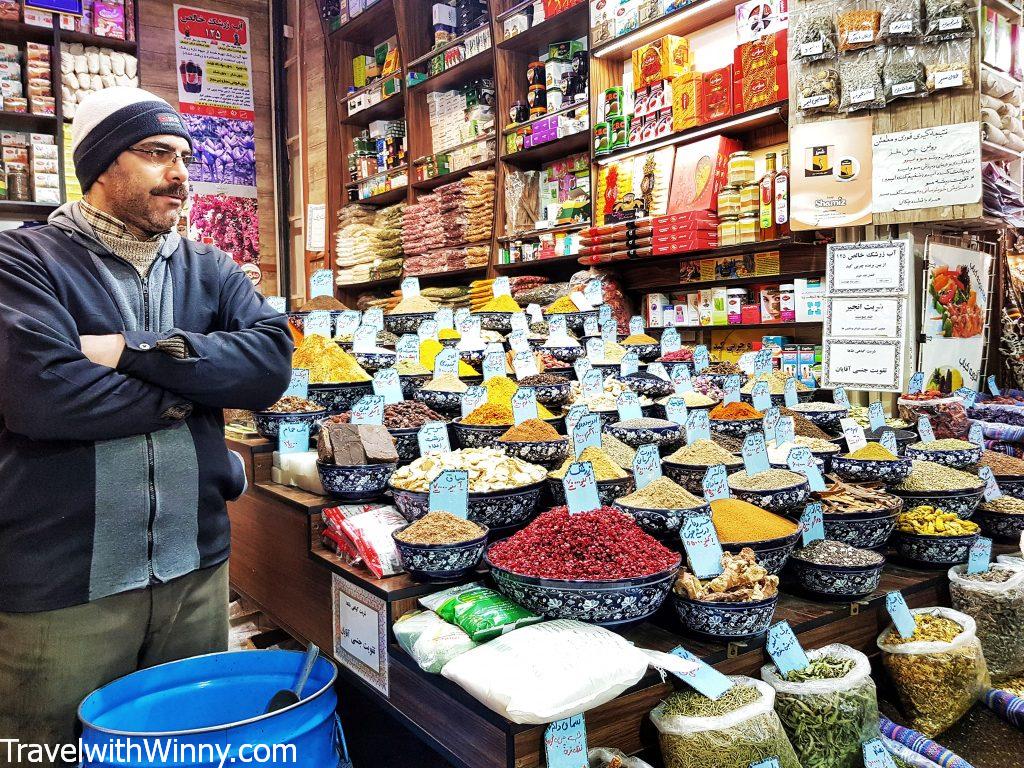 There are hundreds of stalls in Vakil Bazaar to shop from.

9. Do book your accommodation when you get to Shiraz!

The courtyard at Niayesh hotel is picturesque already.

10. Do explore as much as you can in Shiraz! 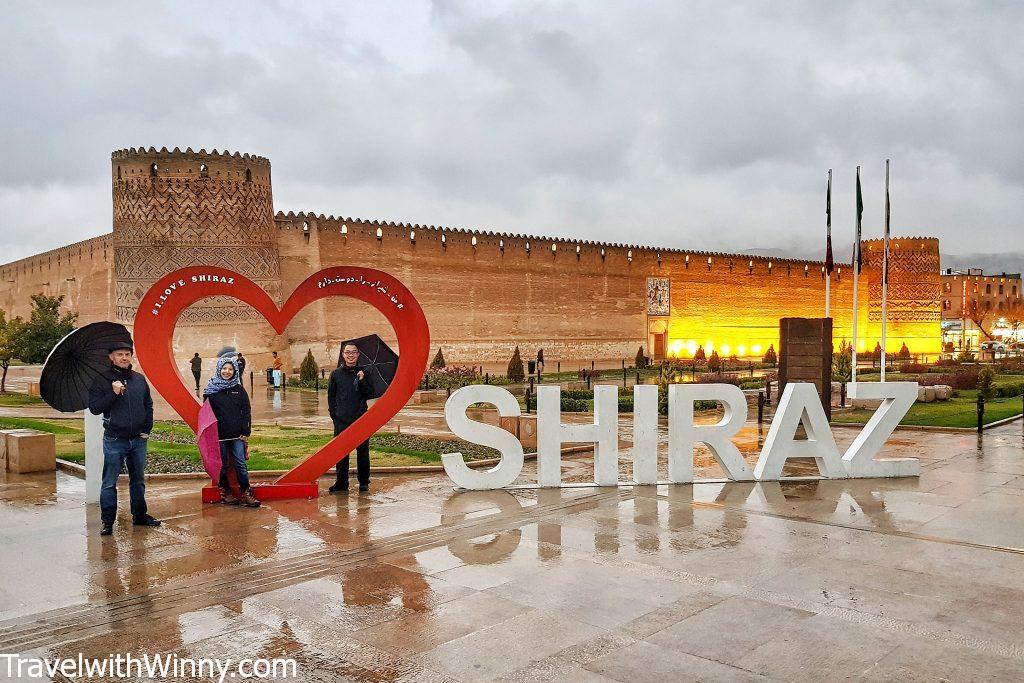 Shiraz is one of our favourite cities in Iran! I love Shiraz for sure!

If you enjoyed my post, feel free to join my FB page Travel with Winny 一起跟昀去旅行 and follow me on IG @ travelwithwinny for the latest travel stories! Thanks for the read!