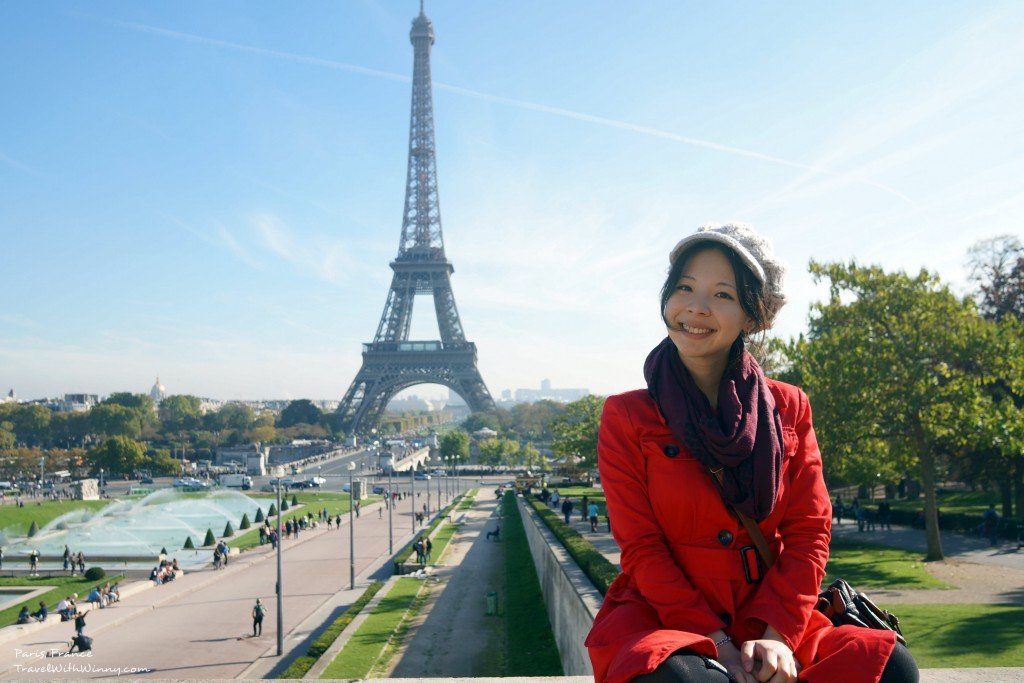 My parents didn’t dress me that well during my first visit to Paris, this time I have to dress to suit this city! Love Red!

The hotel we stayed in was a small 3 star hotel near the “Palais Garnier- Opera National de Paris” in a Japanese district. The near by metros are Pyramid Metro, Opera and the Louvre with Velib (Boris Bike) stand nearby. While the room was small and clean, the hotel was undergoing renovation while we were there, so the appearance wasn’t at its best. I couldn’t really take a decent photo of the room since it was so crowded. The internet was at a reasonable speed and the 24 hour reception was useful. 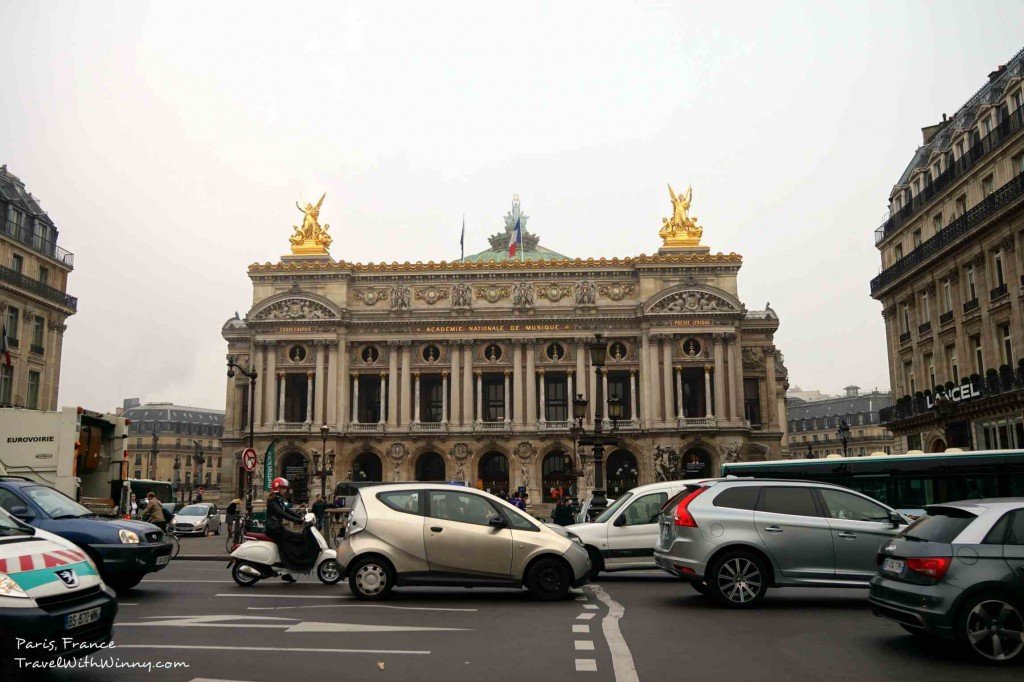 Palais Garnier 5 minutes walk from our hotel- probably the most famous opera house in the world. Didn’t have time to go in there though. Next visit.

However I probably won’t stay in this hotel in the future, it is in a good location for people who has never been to Paris and want easy access to major attractions such as the Louvre, Musee d’Orsay (10 mins walking distance). Since it was our second visit, we didn’t even go to the attractions nearby. Felt like we wasted our money for staying here, I think we would’ve got a better room at a similar rate if it wasn’t walking distance to these major landmarks. The hotel just has to be close to a major metro station, that would be enough. Next time. 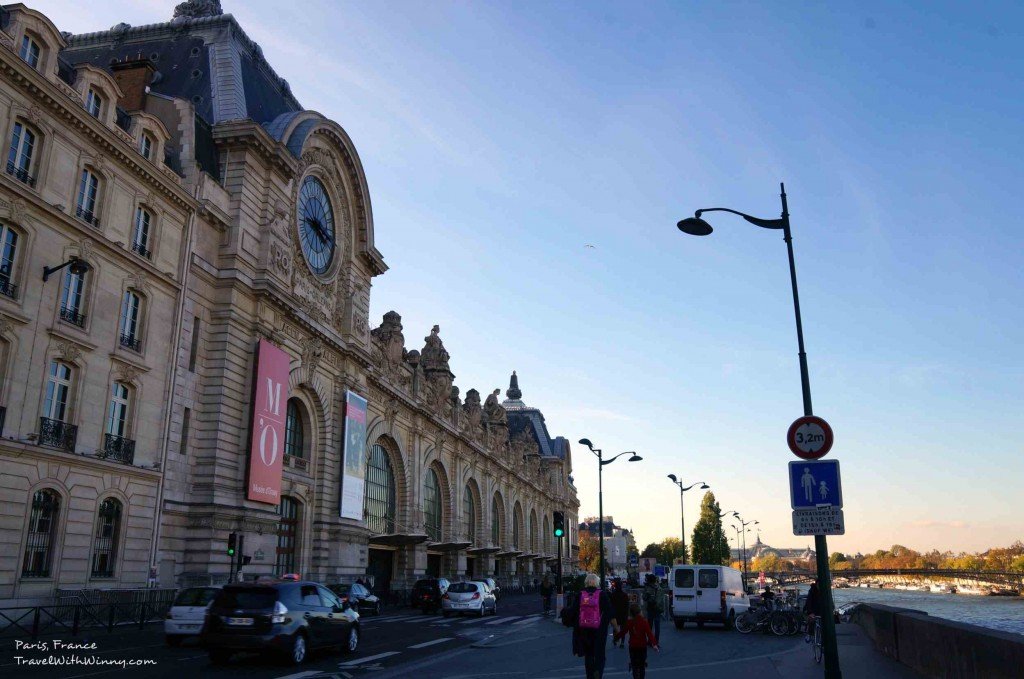 Musee d’Orsay- 10 minutes walk from our hotel. We both visited this place before. Although my memory for this place was close to zero.

7pm : Follow the Michelin Guide- Dine at “Restaurant Antoine” with a view of the Eiffel Tower

In a city that is flooded with Michelin Star restaurants, it will be a shame not to visit one. Before the trip I told York I want to try degustation at a Michelin restaurant preferably with a view of the Eiffel Tower, Restaurant Antoine seemed to tick all the boxes. It is a 1 starred Michelin restaurant that specializes in seafood (I love seafood! Read our seafood overload experience at Essaouira). The degustation was affordable (120 euros per person) compare to Epicure- a 3 starred Michelin restaurant in Paris, one of the best restaurants in the world, where the cheapest entree starts at 75 euros per dish. We had a window table that supposedly the best view in the restaurant to see the Eiffel Tower, however I was quite disappointed as the tower was blocked off by the trees (upon further reading it seems like the perfect view of Eiffel Tower is only visible during non-summer months when there are no foliage) 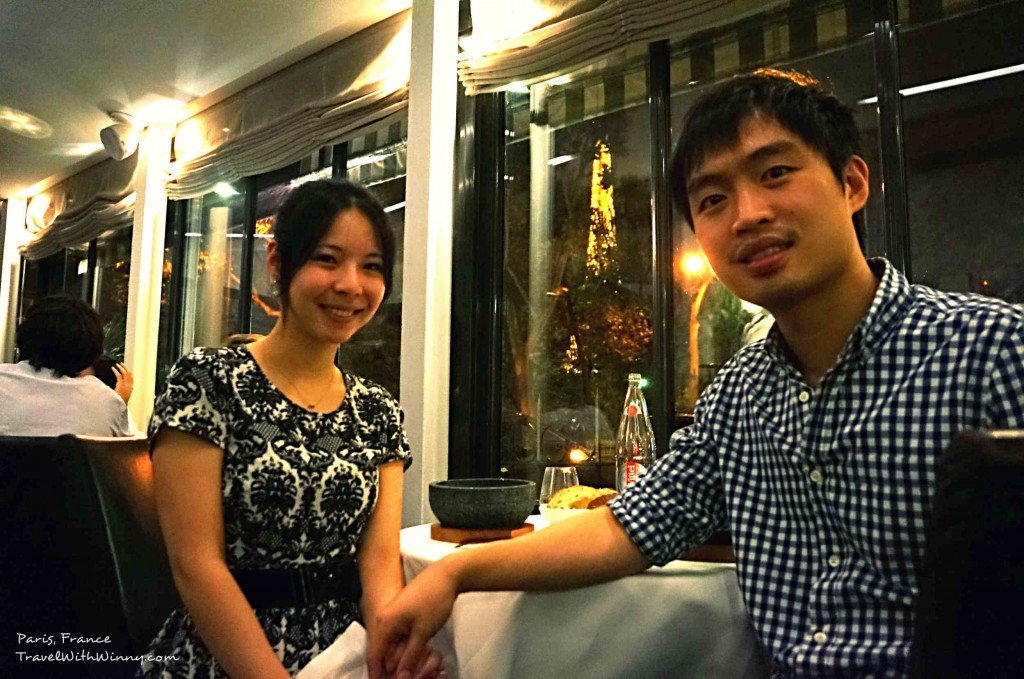 All the dishes were inspired by the use of fresh seafood ingredients and tasted very unique. It is definitely different to my usual seafood dishes. The flavors of the dishes varied using different types of seafood and cooking techniques like the “Lightly smoked Mackerel” containing a thin layer of charred mushrooms on top of the smoked fish. The way they used ingredients were creative as well especially the way they  cook risotto with finely chopped squid. Most of the dishes were delicious and the sophisticated taste isn’t something that we could easily replicate in our own kitchen. However we did found that the flavor of the  soup and the blue cheese were a little strong for our liking. The following are the pictures of the degustation we had at Antoine. 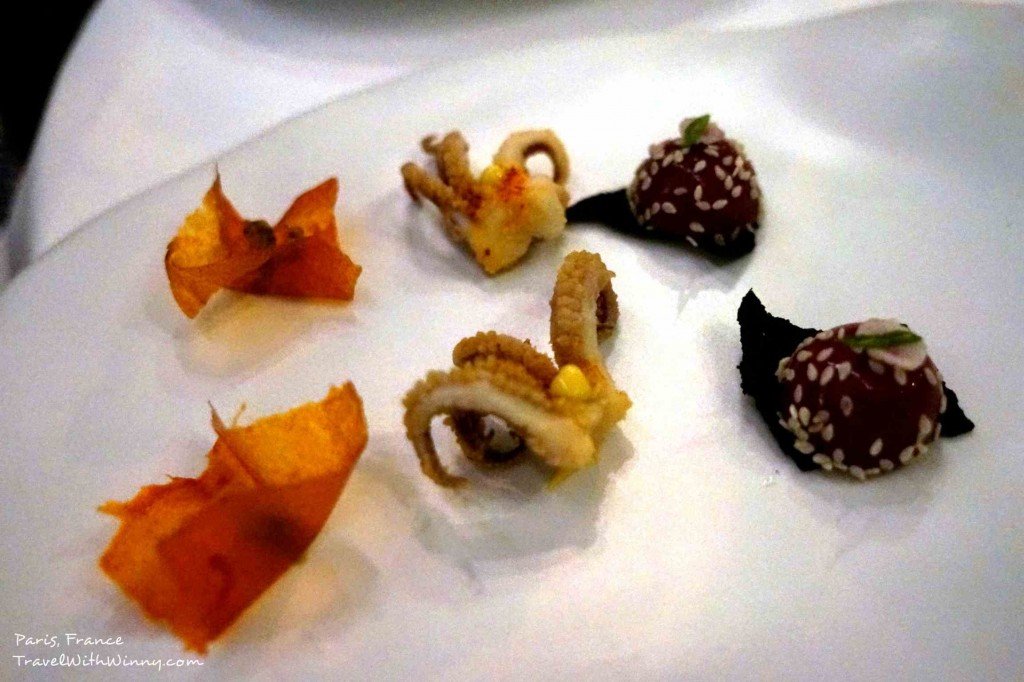 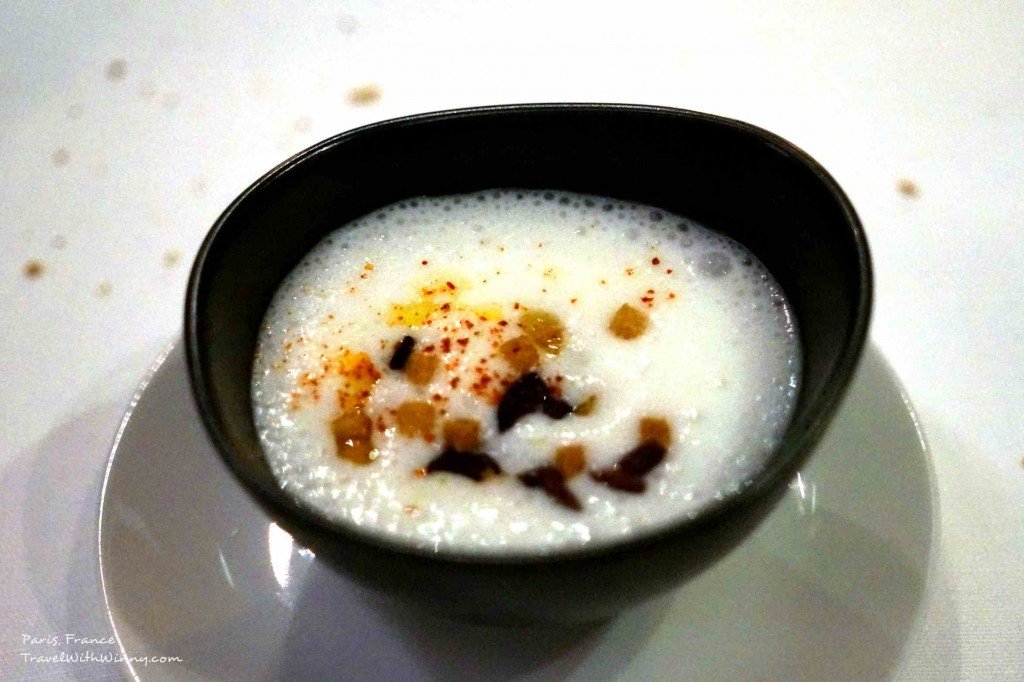 Appetizer with the taste of seafood 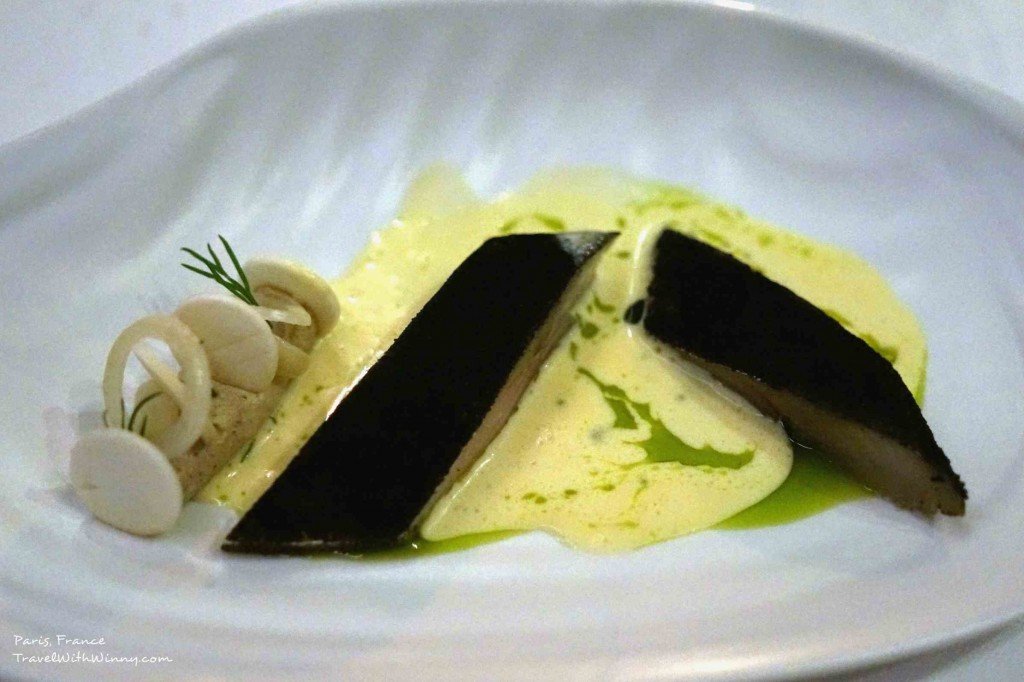 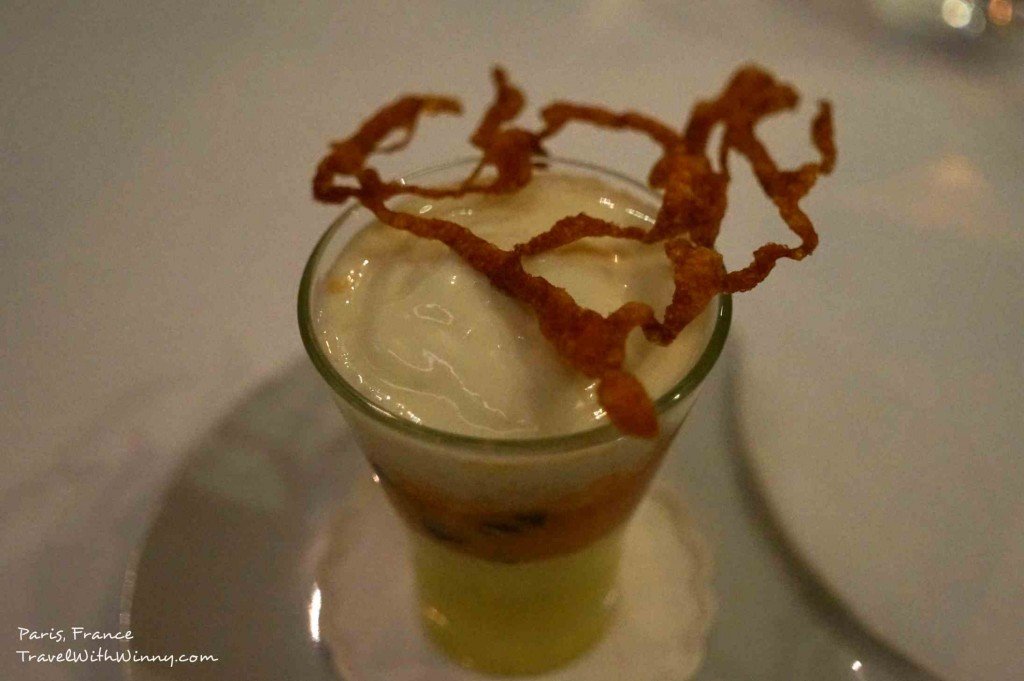 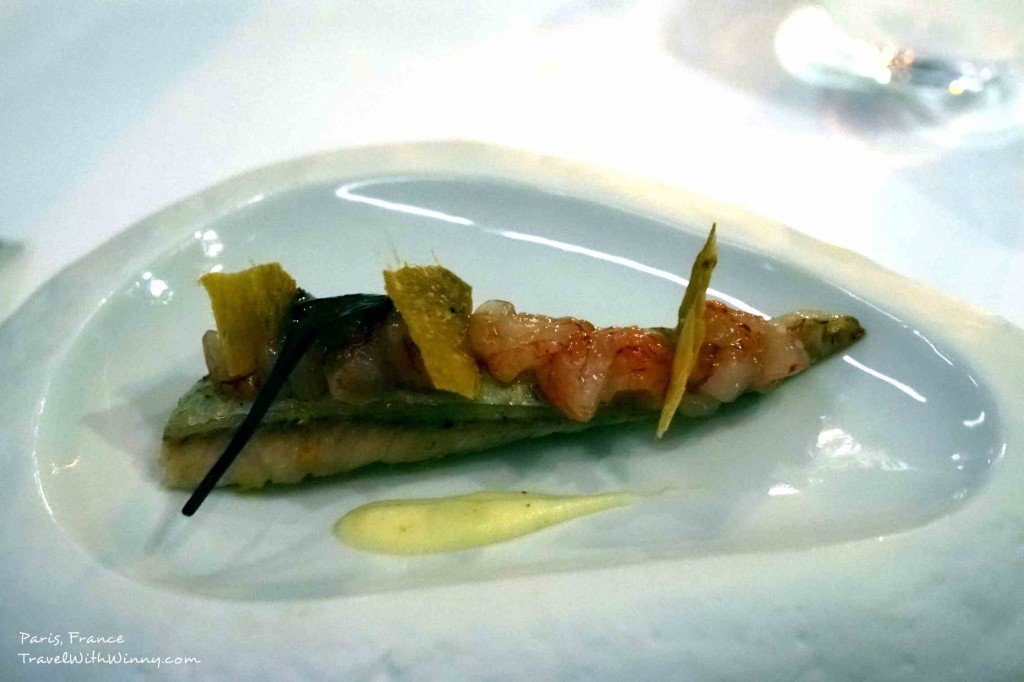 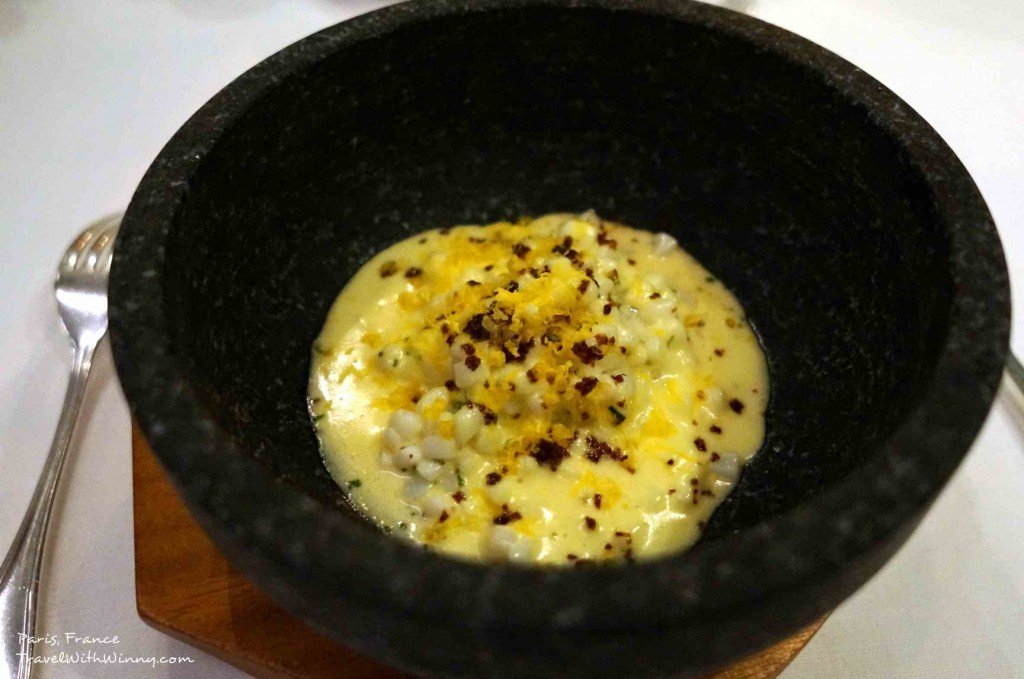 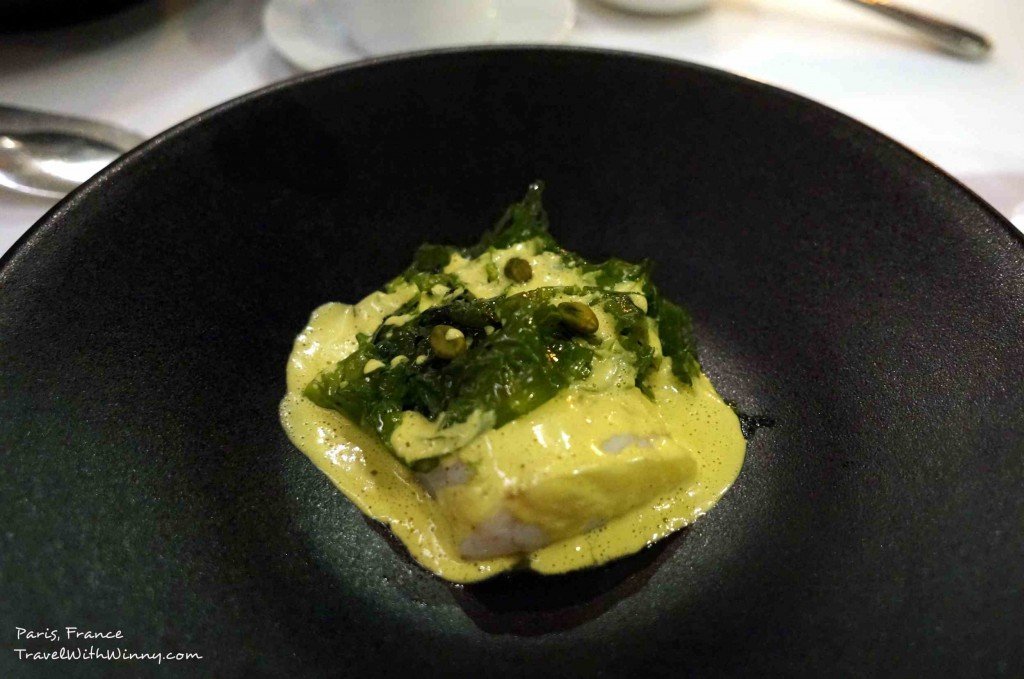 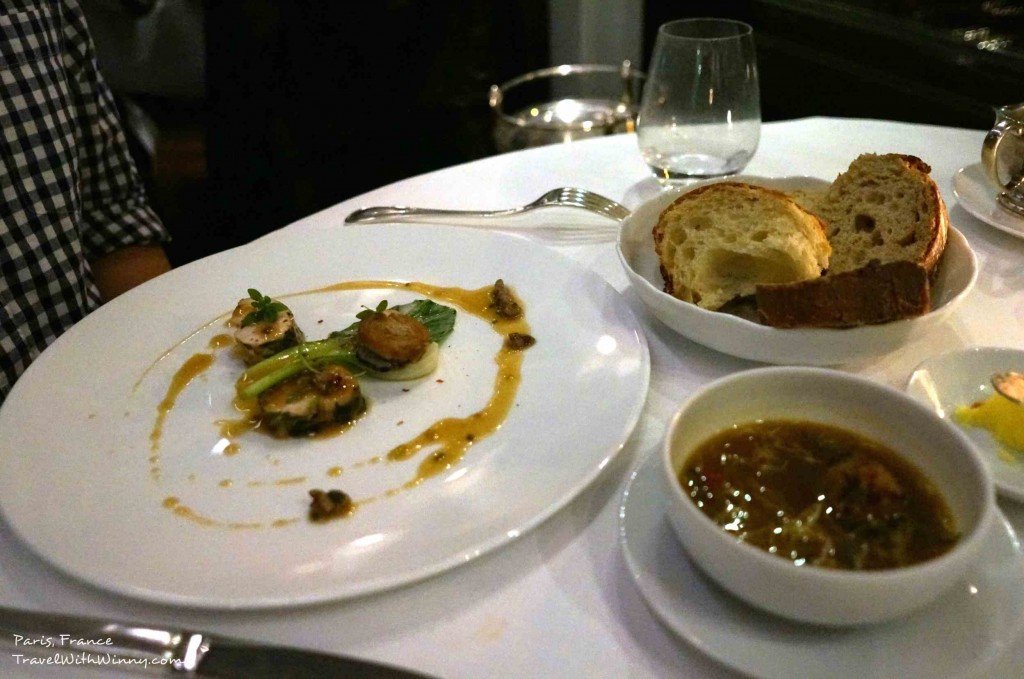 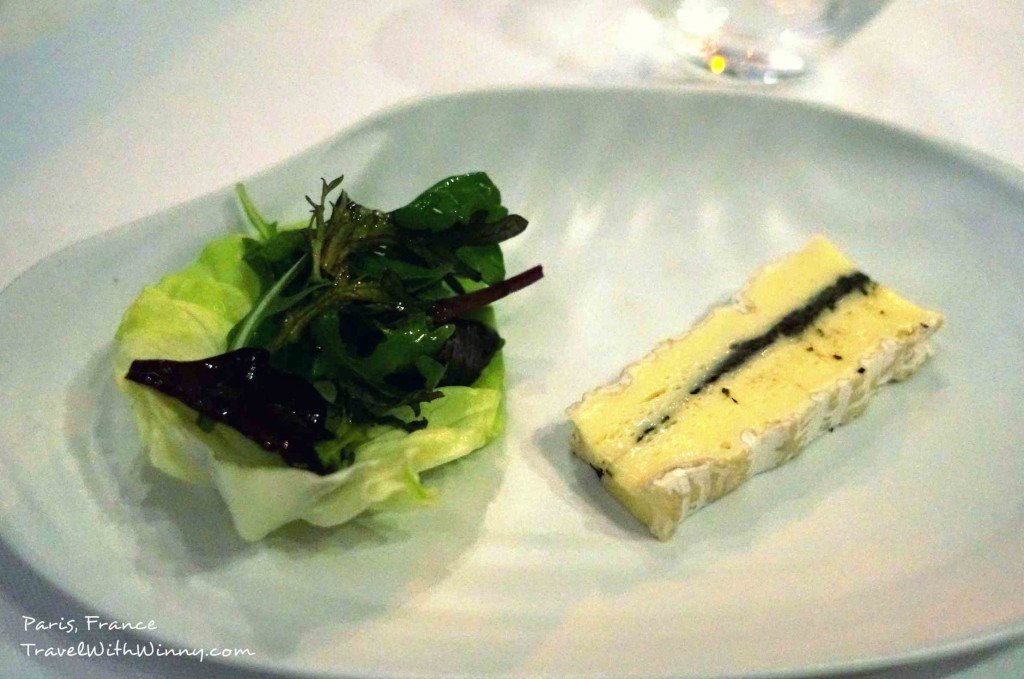 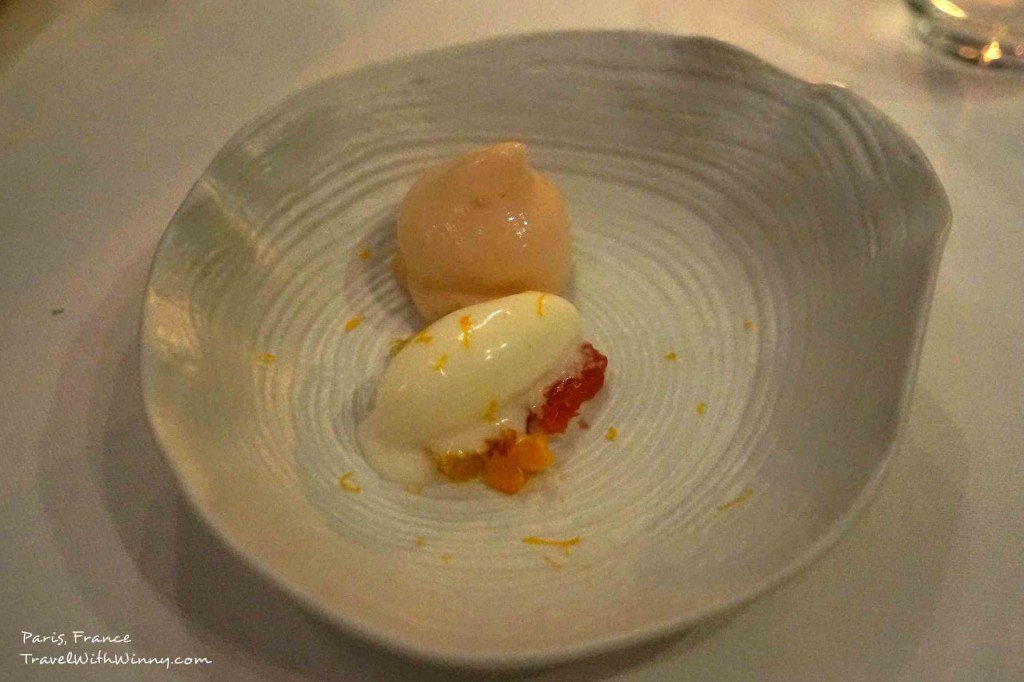 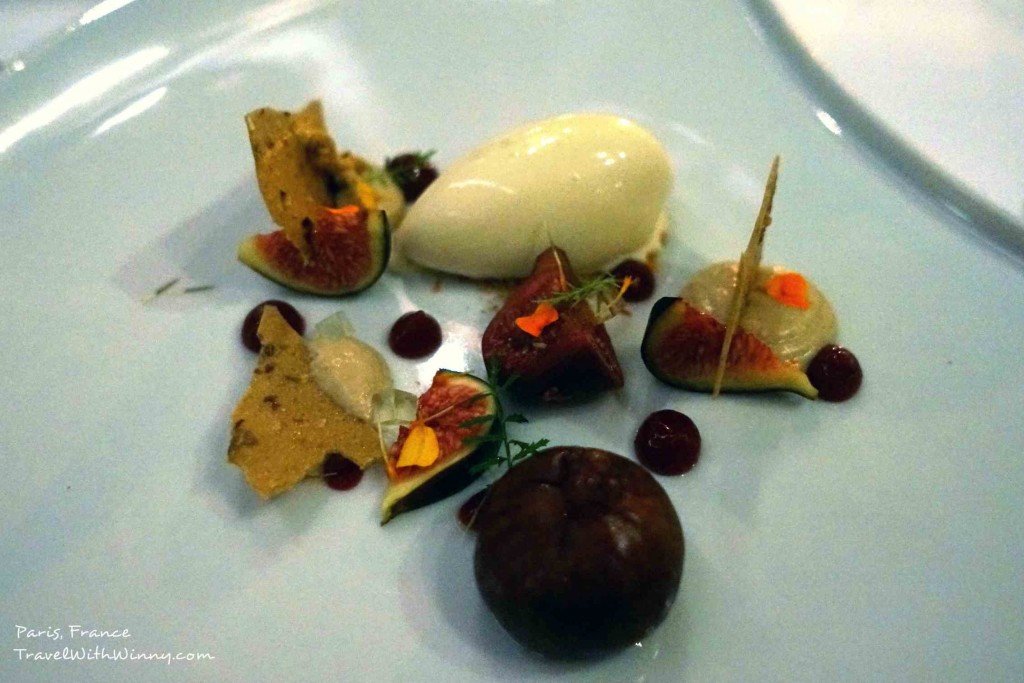 The waiters speak some English, however their accents were very strong and it was quite hard to understand. However we didn’t enjoy the service we received that night though. The waiters had attitude problems, they didn’t smile very much and felt like they want to have minimal connections with us. Similar complaints has been made on TripAdvisor with regards to the service on odd occasions, guess we were just unlucky that day. The restaurant is situated next to Seine river, so finish the night with a relaxing stroll is advisable. Unfortunately York and I were suffering from jet lag, by 9 pm we just wanted to cab home and sleep.

Thank you for reading! If you enjoy our blog or find it useful, please like my Facebook Page to get live updates of my trip and subscribe to read my latest posts! Ciao!
Read in Chinese: 巴黎 72小時二次遊: 看得到艾菲爾鐵塔的 米其林 Antoine