After the tour we went to an underground church across the road. It is open 24 hours with a large church bell outside.

I suspect it is a Catholic church since there are a lot of Virgin Mary images on the wall, beautifully handcrafted and painted. It was nice to be able to sit in silence for a while and pray. However after 20 minutes or so, I started to feel dizzy, probably due to lack of oxygen and having candles in the church doesn’t help. 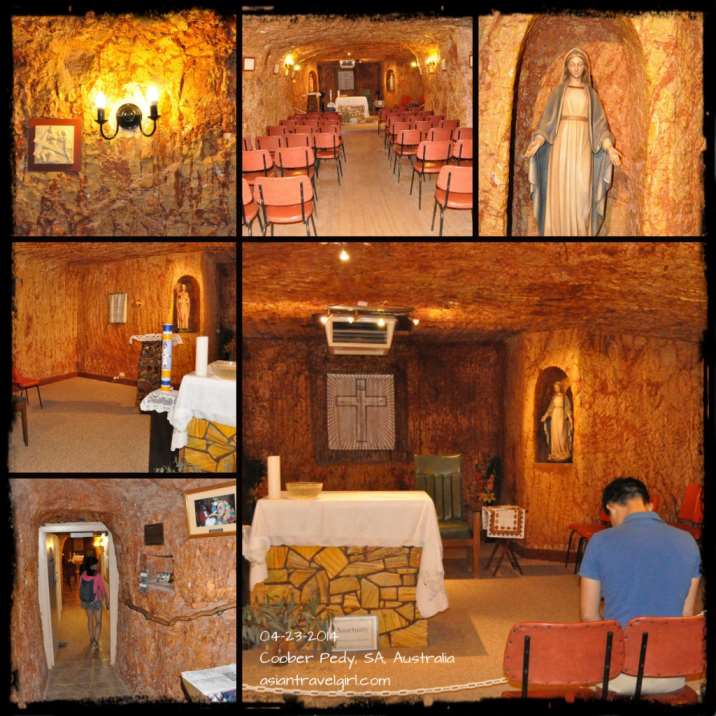 Inside the beautiful underground church

At 7pm, we gathered at the pizza place across the road and having the best pizza in town. It is not bad for Coober Pedy.

Having pizza at John’s Pizza Bar 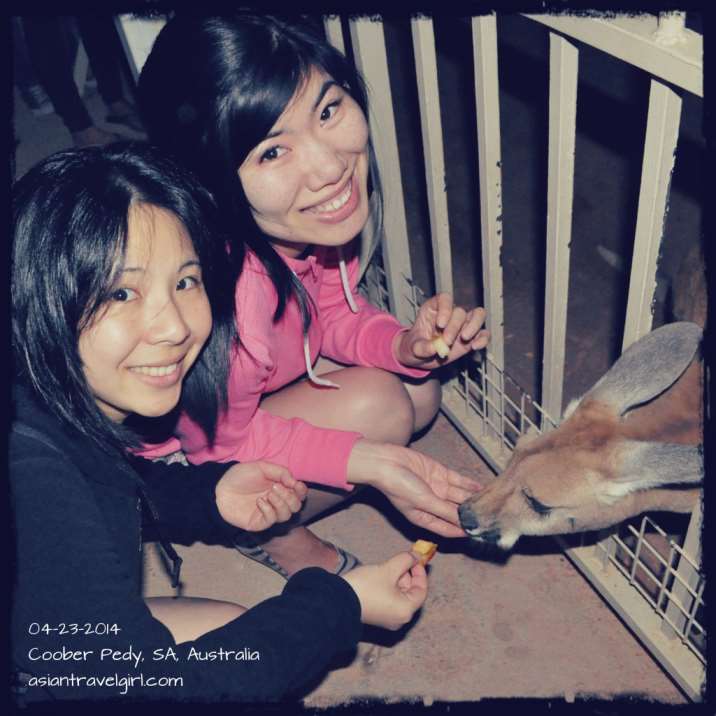 Trevor later brought out a 6 months off Joey (baby kangaroo) and bottle fed him. Sometimes the mother kangaroos will be hunted by local Aboriginals and someone in the family will send the Joey to them. They let the Joey jump around the gallery, he was adorable. 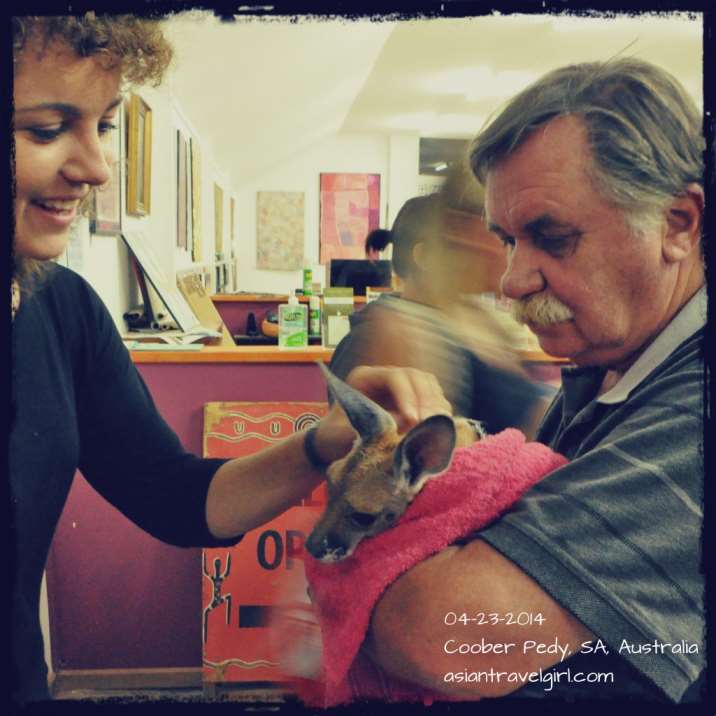 Apparently they can only drink lactose free milk. He even showed us what the can looks like. If it is safe for kangaroos, it is safe for human kids to drink them. The center doesn’t get any funding from the government for looking after the kangaroos, they operate on donations. Therefore it was important that we show our supports. 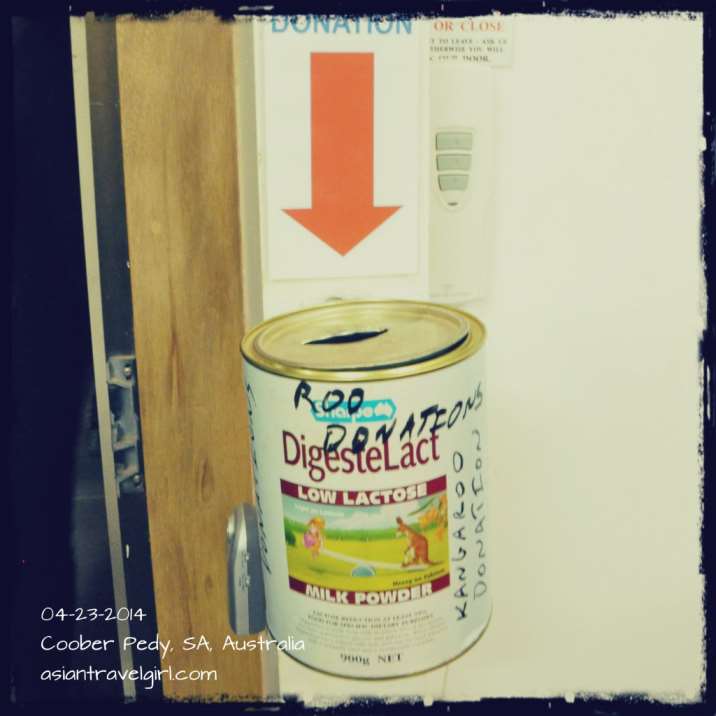 Inside the gallery there are many Aboriginal artworks. Josephine said it is free shipping world-wide for any pieces, I think that is very good since it is hard for backpackers to carry a piece of painting around Australia while travelling. 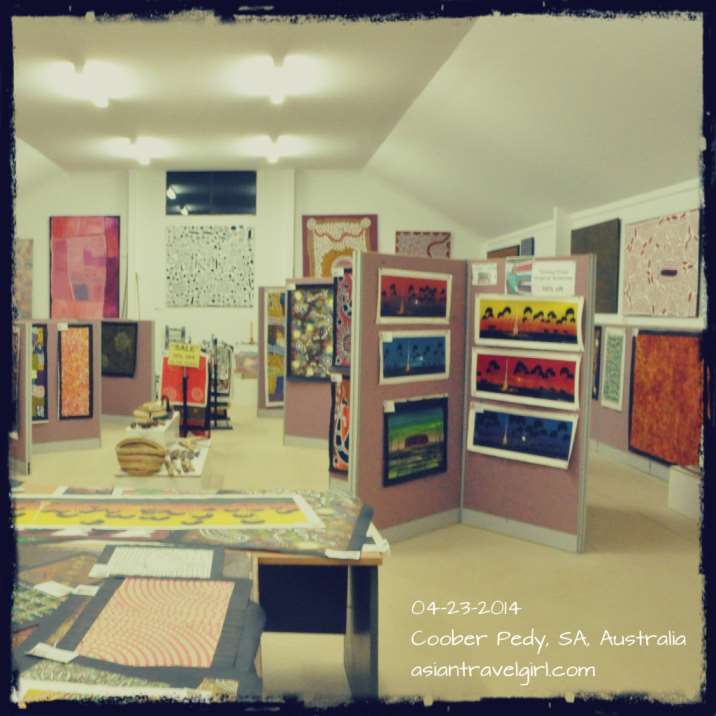 There were also many Digeridoos in the gallery which is open to us for practice. Josephine was nice enough to offer each one of us tips on how to play the Digeridoo. It was funny looking at all of us trying. Such a shame our phone ran out of battery so couldn’t video it. Overall it was a fun outing after dinner in Coober Pedy. 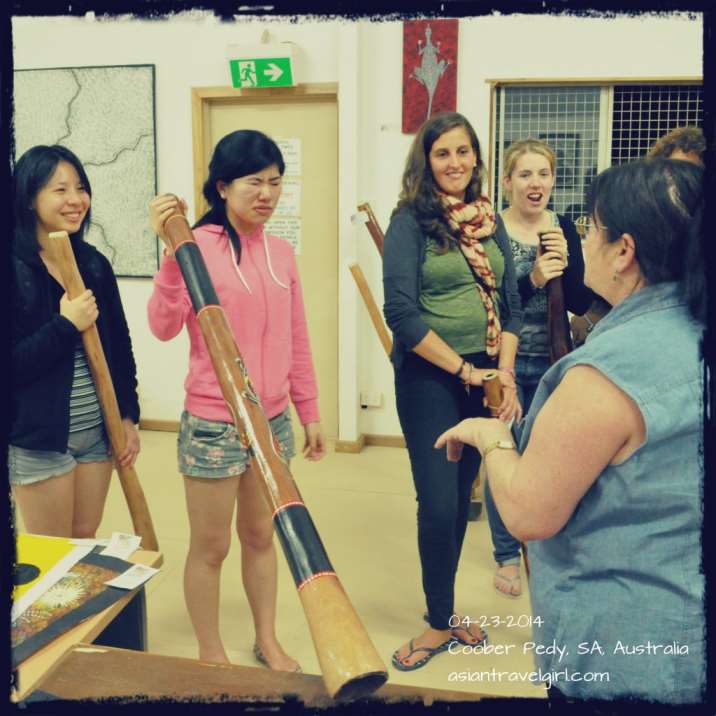 Laura having extreme difficulty learning how to play didgeridoo. She keeps making her own sound while blowing into the instrument

Tomorrow another 750km drive to Uluru. 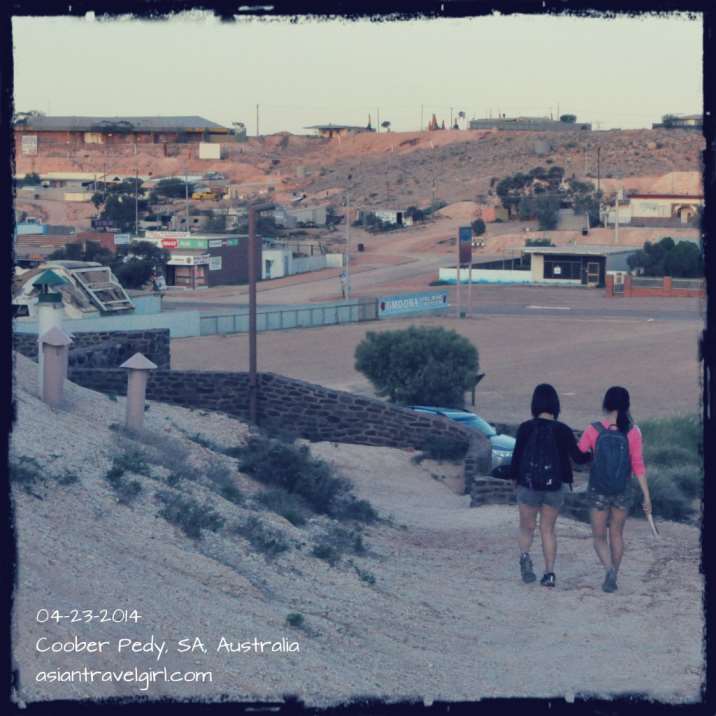 Coober Pedy from above. Random chimney coming out from the sandy hills.