The US Embassy in Tehran was the centre of world attention after it was seized by students during the Iranian Revolution in 1979. The US was known to be orchestrating plots to undermine the revolution and give asylum to the overthrown Shah. 52 American diplomats and staff were held hostage for 444 days! 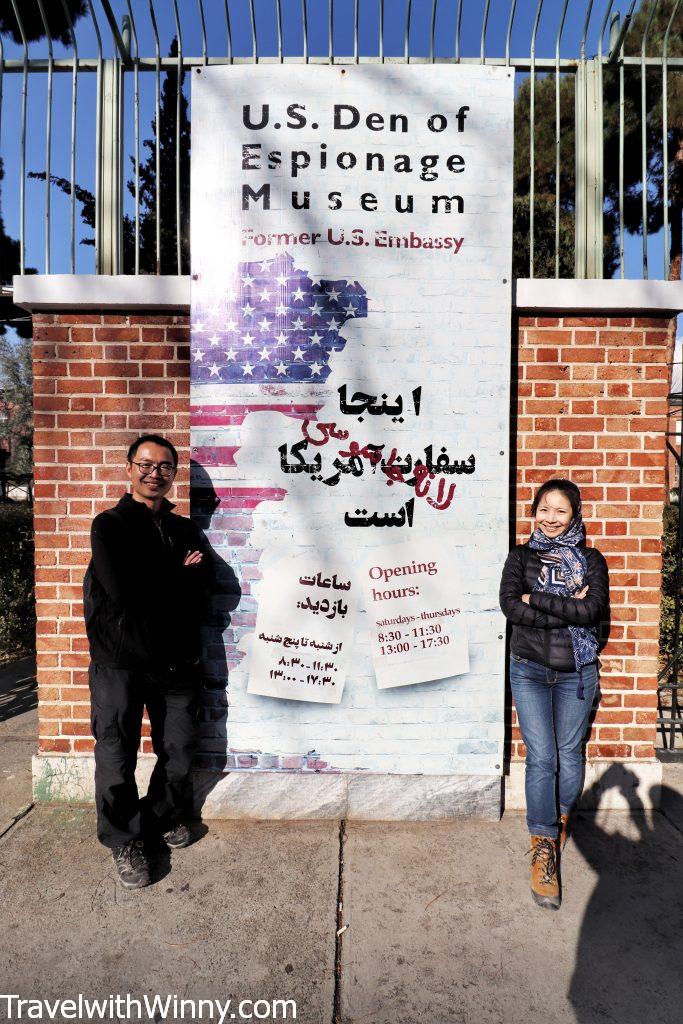 Outside the former US Embassy in Tehran- The Den of Espionage.

The diplomatic ties between the United States and Iran were forever severed since the event. Today the Former US Embassy is renamed as US Den of Espionage or Museum Garden of Anti-Arrogance.

The former US Embassy became a collection point for anti-American painting and posters. The walls around the embassy were decorated with graffitis that have explicit Anti-American propaganda. There was an American eagle clenching onto weapons and illicit drugs, Mcdonalds serving barbed wired fries and Micky Mouse holding a pistol. 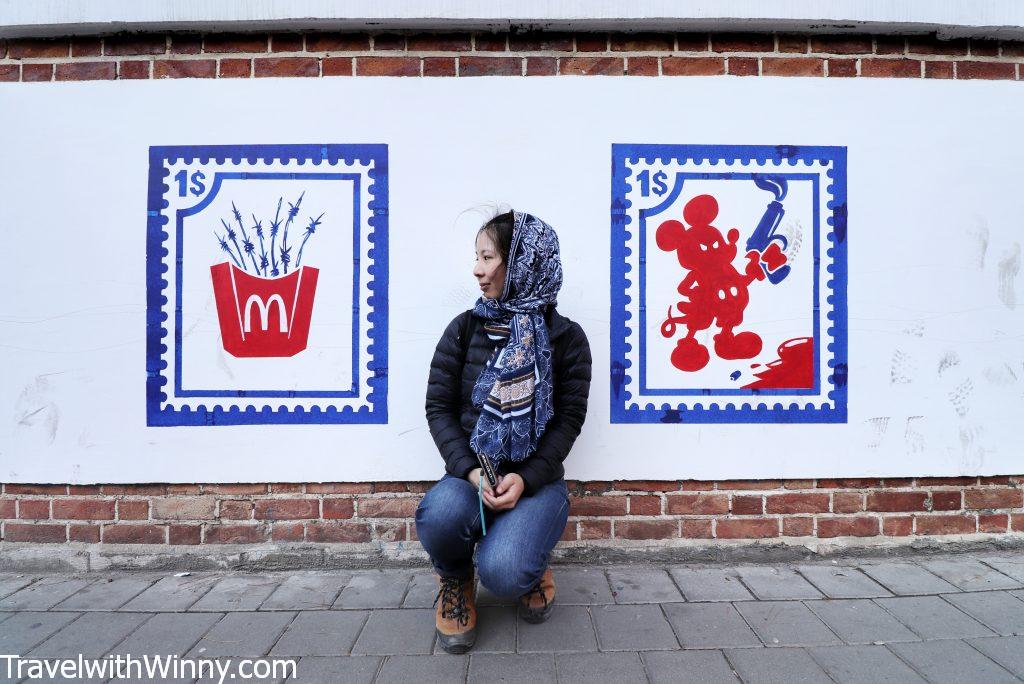 Anti-American drawings are painted all over the outer walls of the former US embassy.

These arts were provocative and the slogans used are to denounce America as the Satan which corrupted Iran and the world. Superficially, these images reinforce the country’s Anti-American sentiments, but in reality, they conflict with the evolving aspiration of today’s open-minded generation. 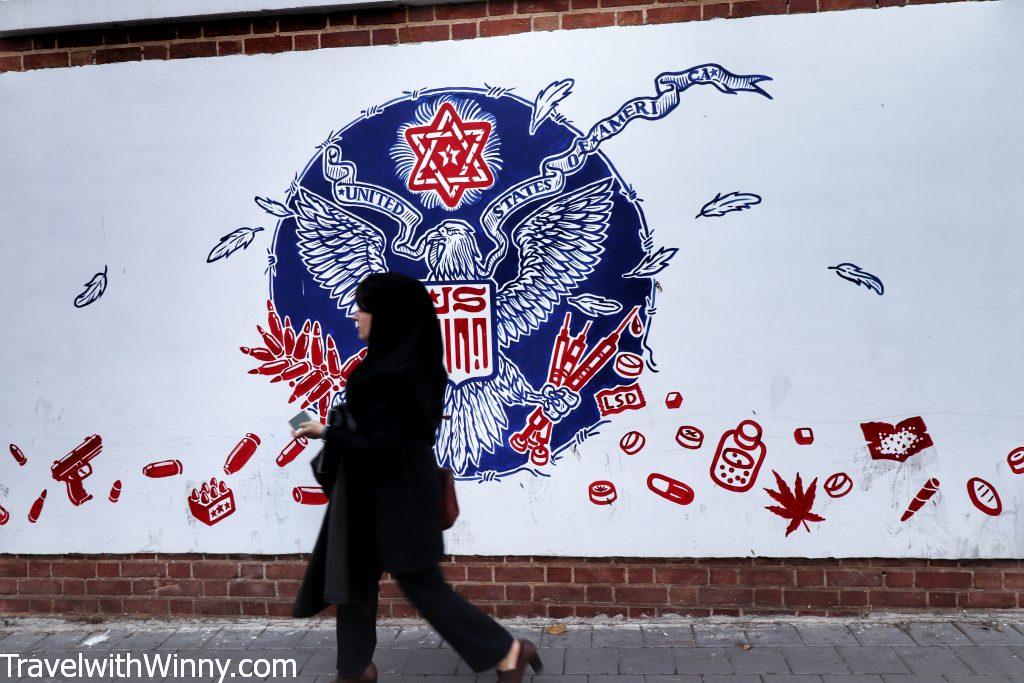 Entrance to the Former US Embassy

The entrance ticket was 300,000 Rials which is equivalent to around $2.20 USD at the time we visited. The place is opened every day of the week except for Fridays and public holidays. Only a few years ago, the embassy was only opened occasionally. Tourists had to bribe their way into seeing the embassy. 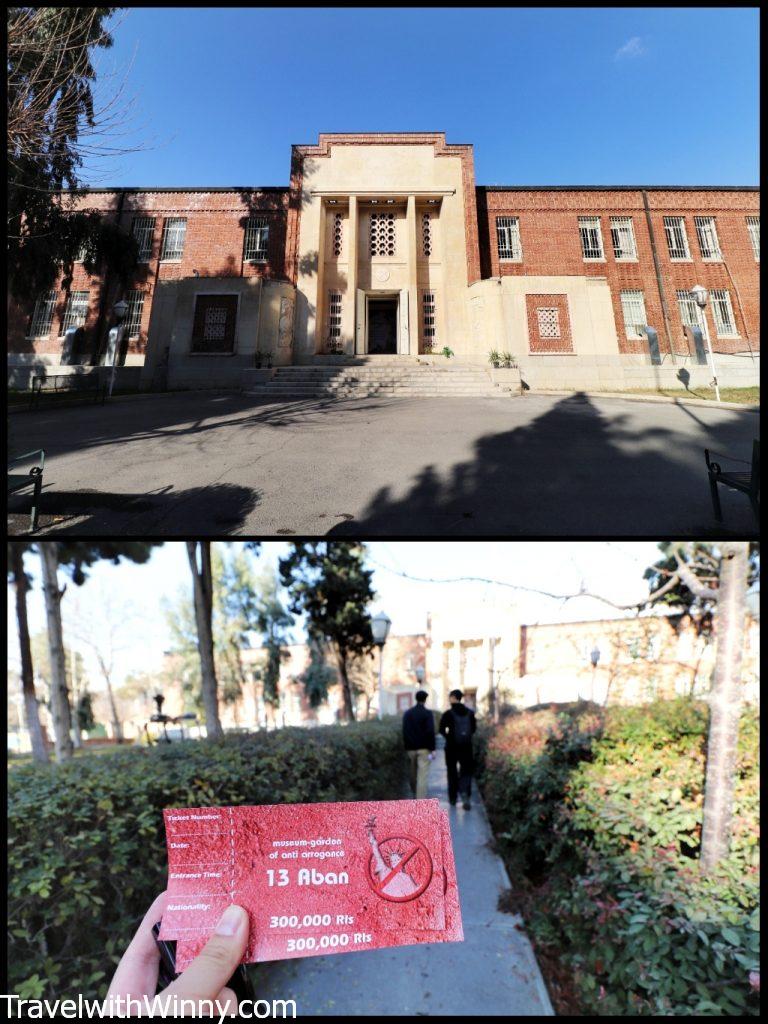 Entrance to the former US embassy and the entrance tickets.

Inside the former US Embassy

There was a showcase of different rooms that the Americans used when the Embassy was operational. Upon entering the embassy, there was a huge room containing a smaller glass room. The walls were lined with aluminium foil, it was used to hold top-secret meetings. 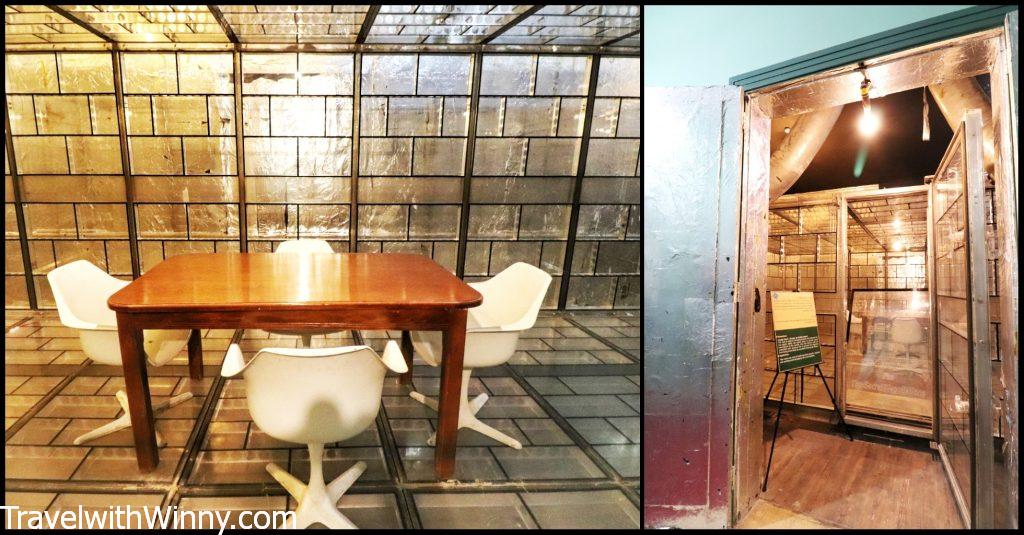 The glass was to make the room more soundproof. The aluminium foil was to prevent any electronic types of equipment used to tap into the top-secret conversations held in this room.

There were vault-like rooms containing antique telex machines, computers and shedders allowed us to step back in time and see how the embassy was once operated. 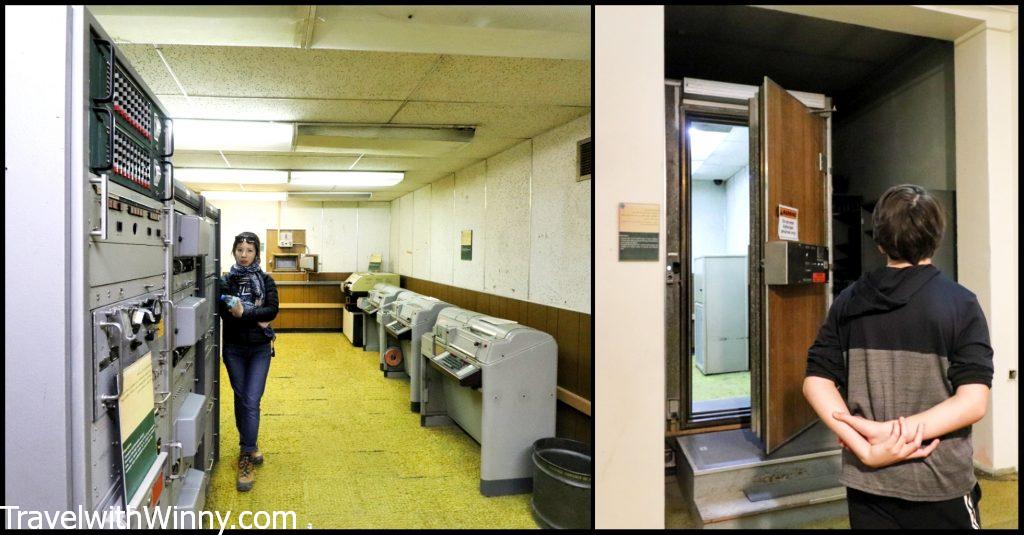 Rooms with machines and vault-like door transport us back to a time before the embassy take over in 1979.

The rooms were separated into office use by the ambassador & staff and special rooms operated by the CIA. 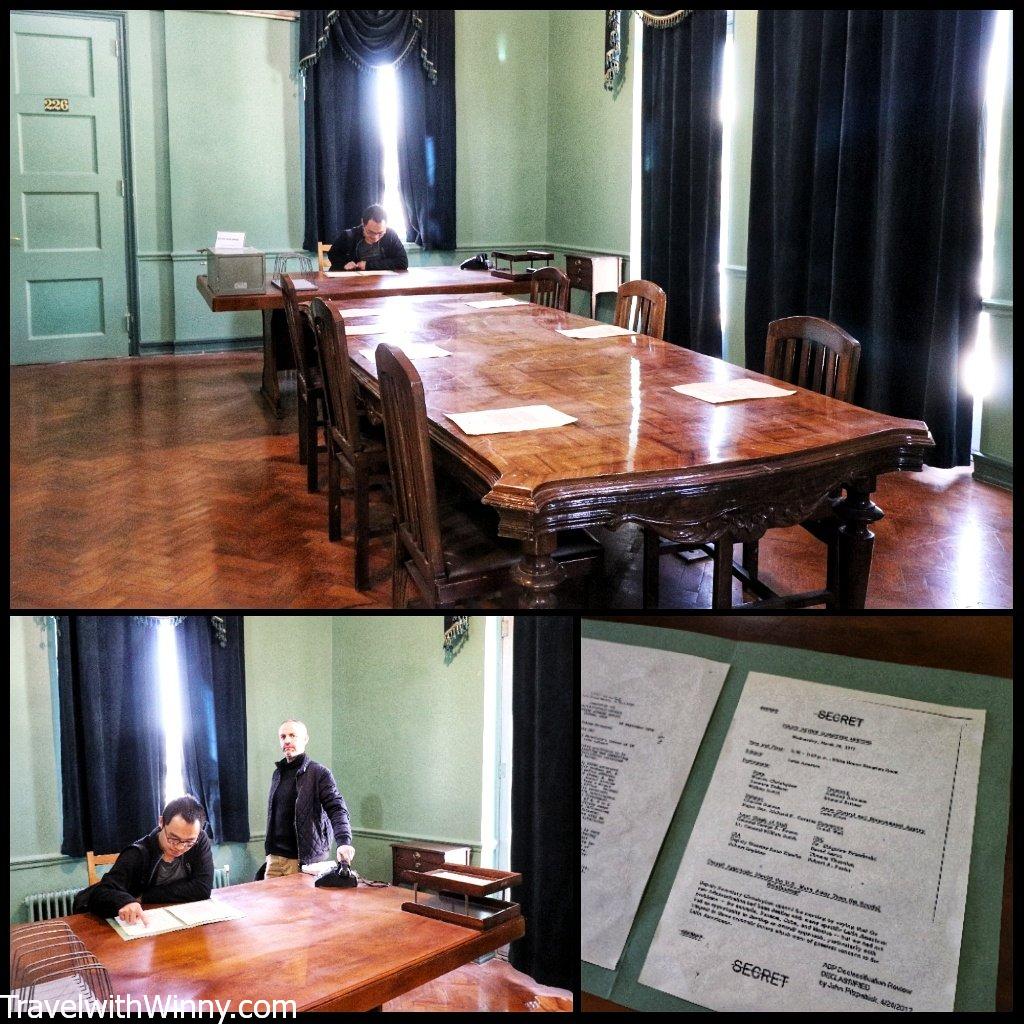 The original furniture from the embassy.

These CIA rooms were off-limits to the embassy staffs. Even the documents were strictly passed through a small lockable window between the rooms only. 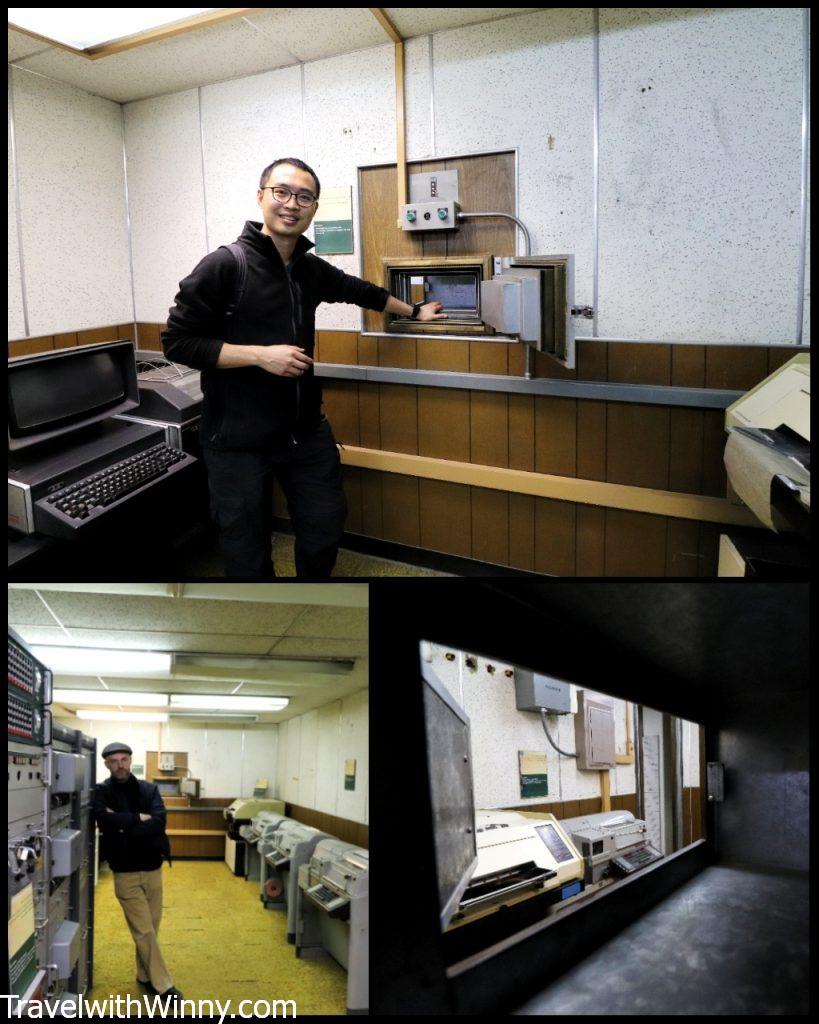 CIA room and the small access hole that can pass documents to other staffs in the embassy.

We had a guide who took us through all the rooms. He told us the events that occurred during the forced take over by the militant students in 1979. We were also shown a segment of the movie ARGO by Ben Affleck and discussed the inaccuracies of the movie. 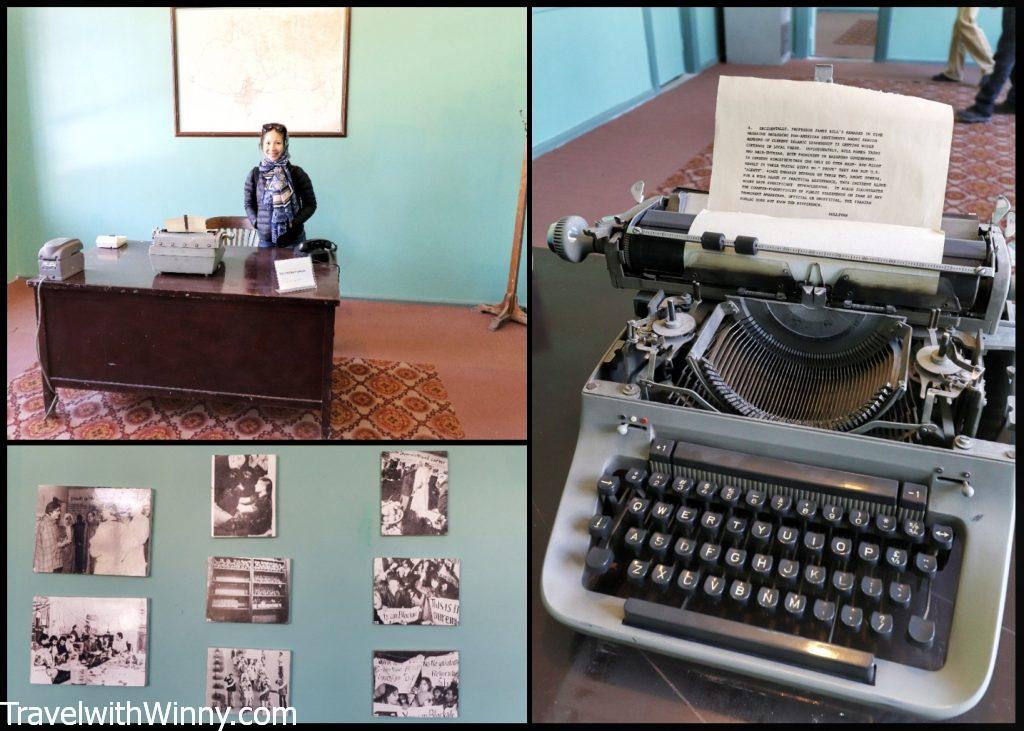 Photos of the embassy after it was taken over. Old tables and typewriters that were used by the Americans.

Shredded documents found in the former US embassy

We were also told that there were shredded documents pieced painstakingly together by students after the take over of the Embassy. They were shredded in a hurry by the embassy staff when the students were prying through the vault doors to get into the embassy. 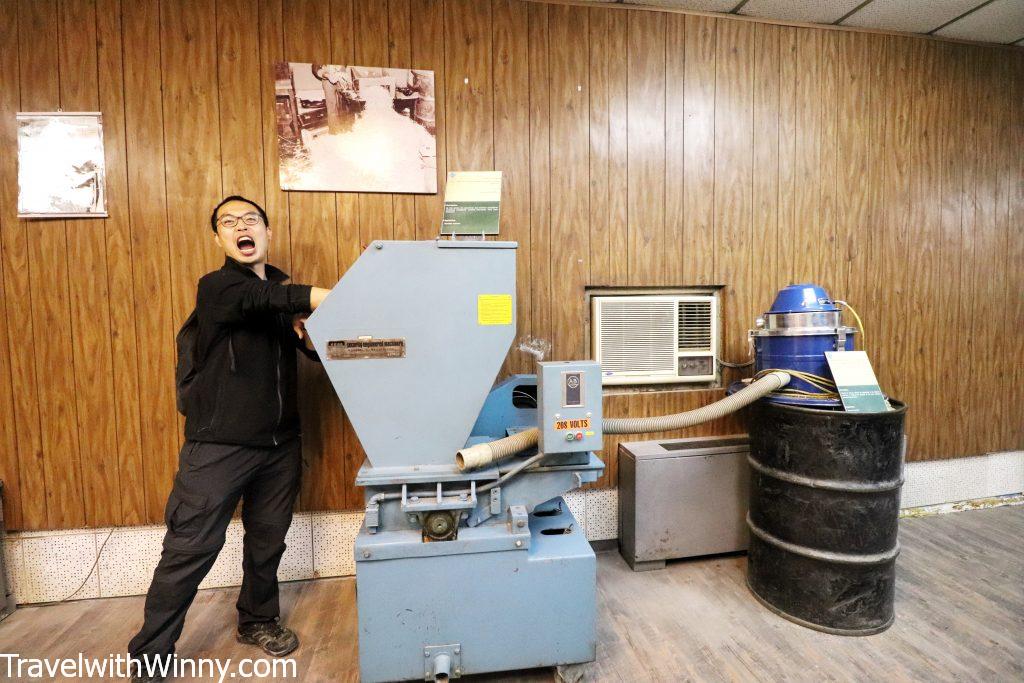 One of the shredders used to shred documents in a hurry before the students entered the embassy.

A lot of these documents were classified telegrams and correspondence between the department of state and the CIA. These documents have since been turned into books and exposed many secrets kept by America. 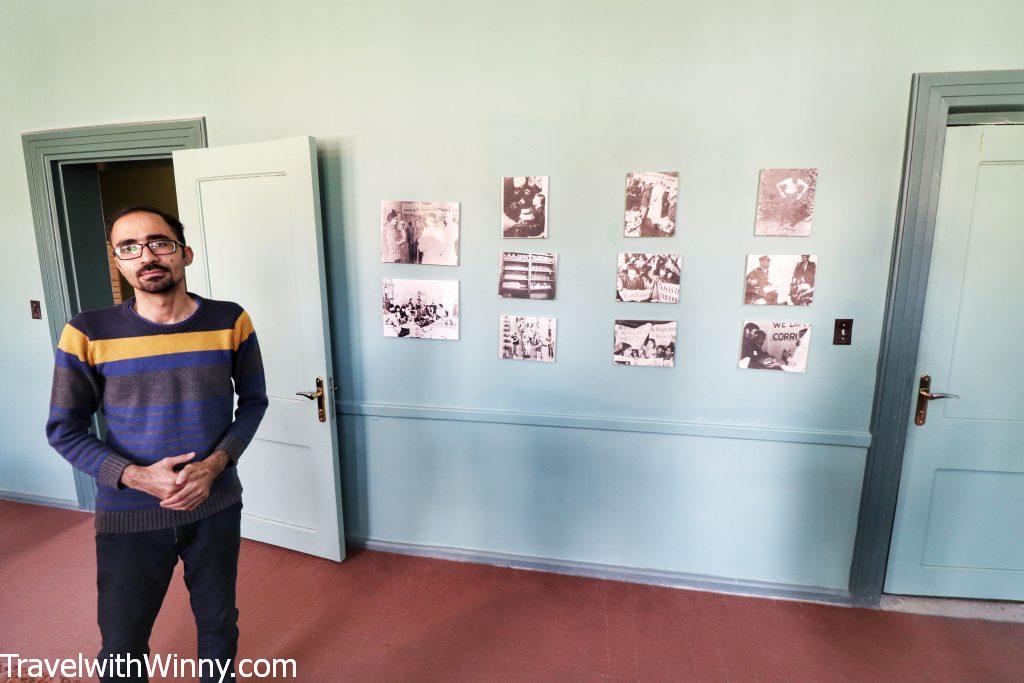 Our guide showed us around the former US embassy.

In 1979, the embassy was taken over by the militant students because America was known to oppose the Islamic Revolution in many ways. Although most Iranians we met on our trip still do not like America (not the people), they regret that there are such bitter relations between the two nations. The sanctions imposed by the U.S. and its allies have sent the Iranian economy into a free fall. 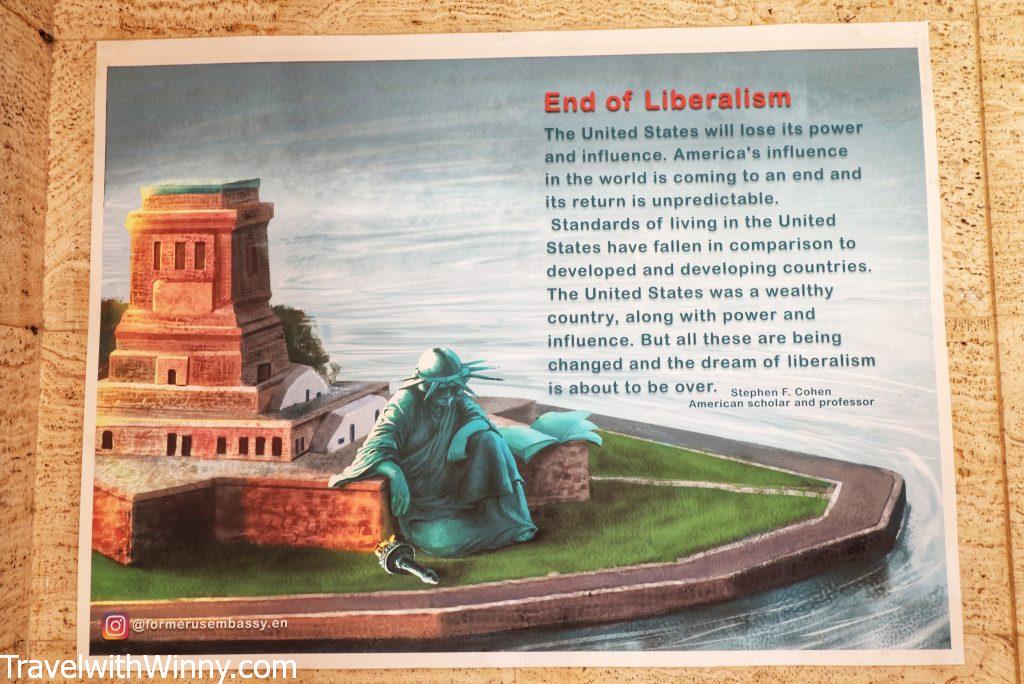 Anti-American posters were found everywhere in the building.

We met a hotel owner described the glorious time Iran was going through before the Iran Revolution. The take over of the American embassy in Iran marked the beginning of the straining relations between the two countries. Nevertheless, Iran is a beautiful country to visit. This is definitely a place worth seeing when visiting Iran.