On our lazy Sunday we wanted to try out a Handorf restaurant called Bistro 25. To avoid the crazy Sunday crowd at Handorf we decided to go have dinner at night. Handorf isn’t far from the city being only around 20 min drive up the freeway. By the time we arrived, it is around 7pm. Most of the shops were closed by now but at least the place isn’t packed with Sunday people. 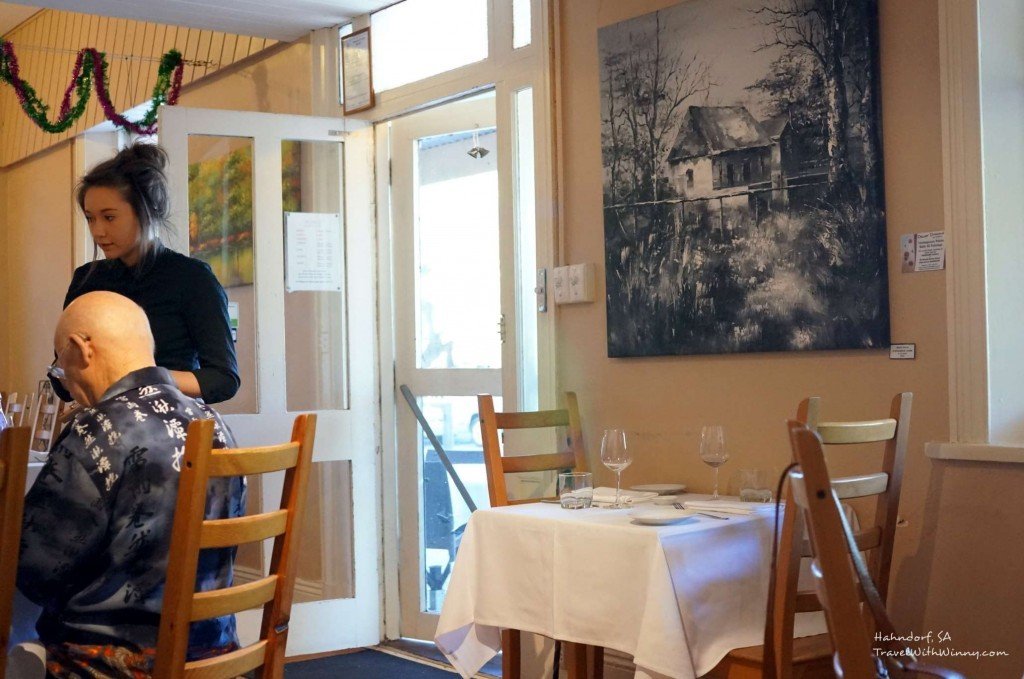 A lot of art works inside the Bistro for sale

We took a nice stroll around the old German town and enjoyed some of the remaining Christmas lights before we arrived at our dinner place. Bistro 25. The bistro is quite small with a handful of tables. The walls of this restaurant are always filled with painted pictures of local artist. Most of them are on sale and the art work on display changes regularly. The restaurant is around half full when we arrived. Most of the customers were Caucasian families with adult children or older customers having a catch up. None of the customers were rowdy which makes the dining experience a relaxing one. 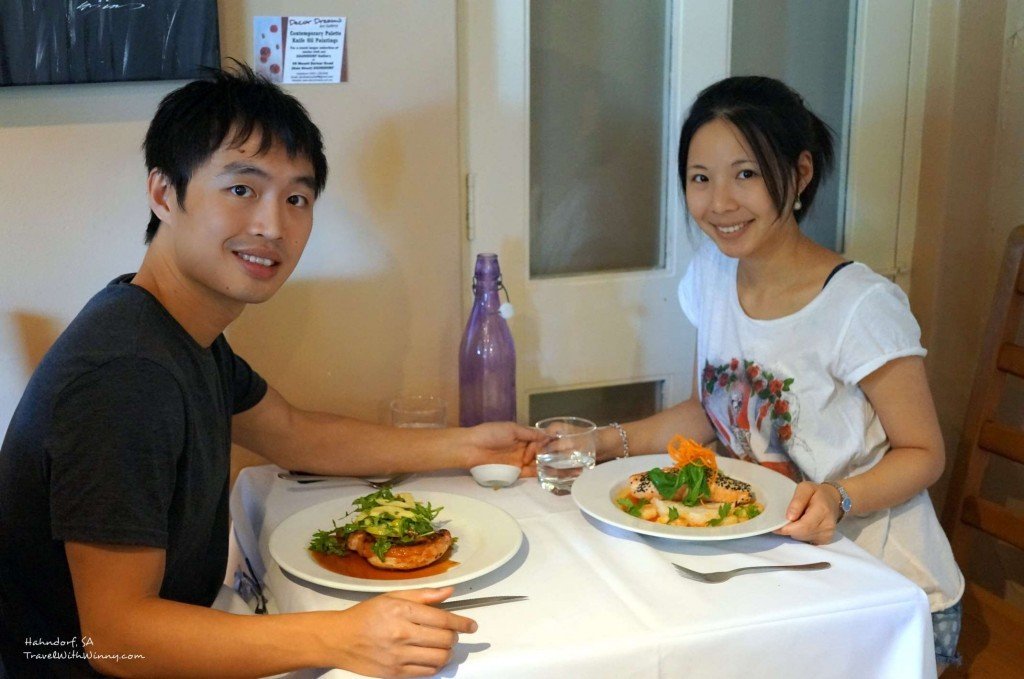 Nice casual dinner in Hahndorf on our way to Lobethal

The restaurant was served mainly by one waitress who was sufficient because the restaurant wasn’t very busy. She was quite nice and attentive. The food was split up into shared plates, Entrée and Mains. We decided to order a house made pâté to share before our mains. The chicken liver pâté also comes with spiced apple chutney and grilled Piccadilly bread. The pâté has a very flavourful jelly layer on top which was rich in port flavour. I thought this worked well with the chicken pâté which tasted quite creamy and fresh. The bread was served warm with a thin layer of butter and the apple chutney was spiced well too. It was a good start to our mains. 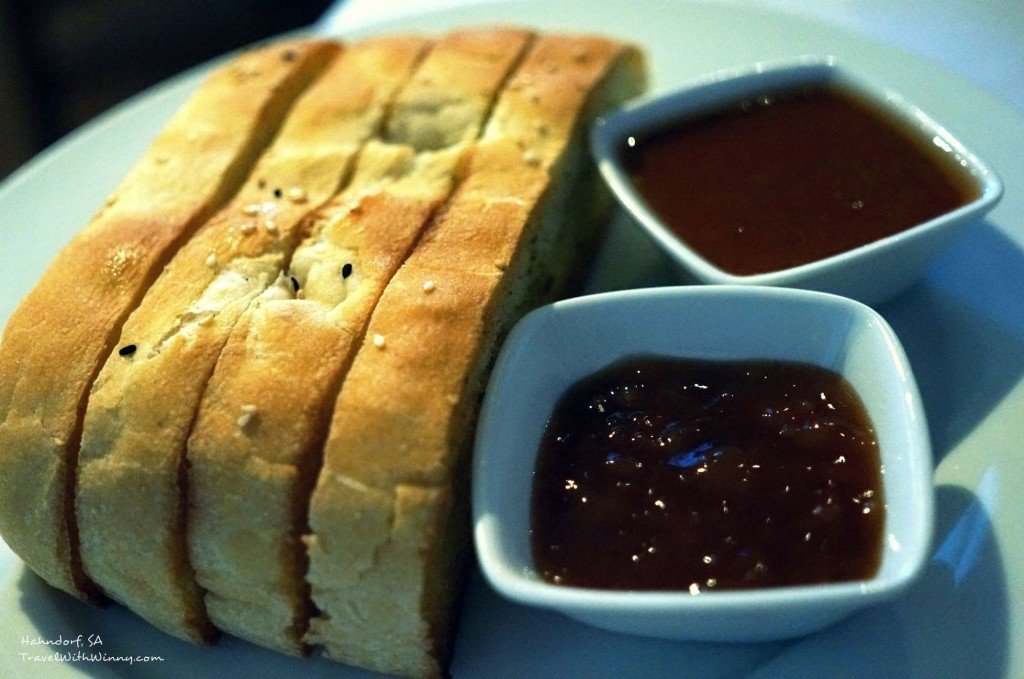 For mains I had the “High Country Pork Loin Cutlet”. The pork cutlet was char grilled and was quite tender and juicy and tasted delicious with the savoury apple cider sauce. The sides had ginger scented sweet potato mash, warm apple, cashew nut and rocket salad. The sweet potato mash with the hint of ginger was tasty and was a good complimentary to the pork cutlet. 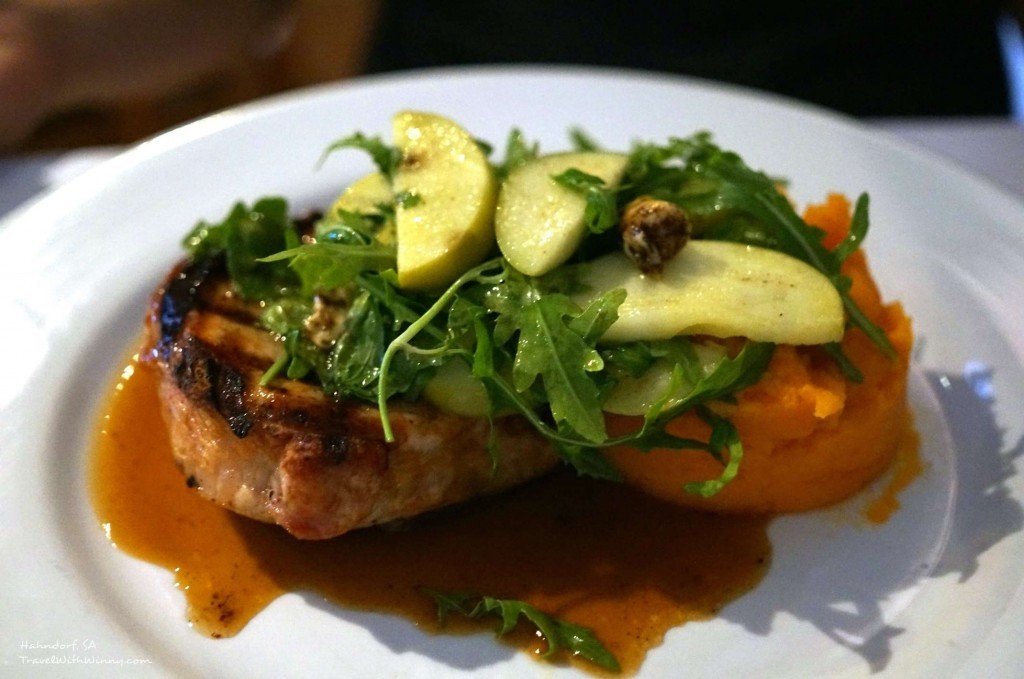 Winny had the “Sesame Crusted Salmon”. This dish is Asian influenced with a bit of a Thai dish feel. The Atlantic salmon is pan-fried with a layer of sesame seed forming a skin of crust. It works well with the coconut rice which soaks up the creamy coconut, laksa inspired sauce. We both really liked the flavour of this dish and the salmon tasted quite fresh. There were also fresh prawns in this dish which also works well with the sauce. Was quite a delicious dish overall. 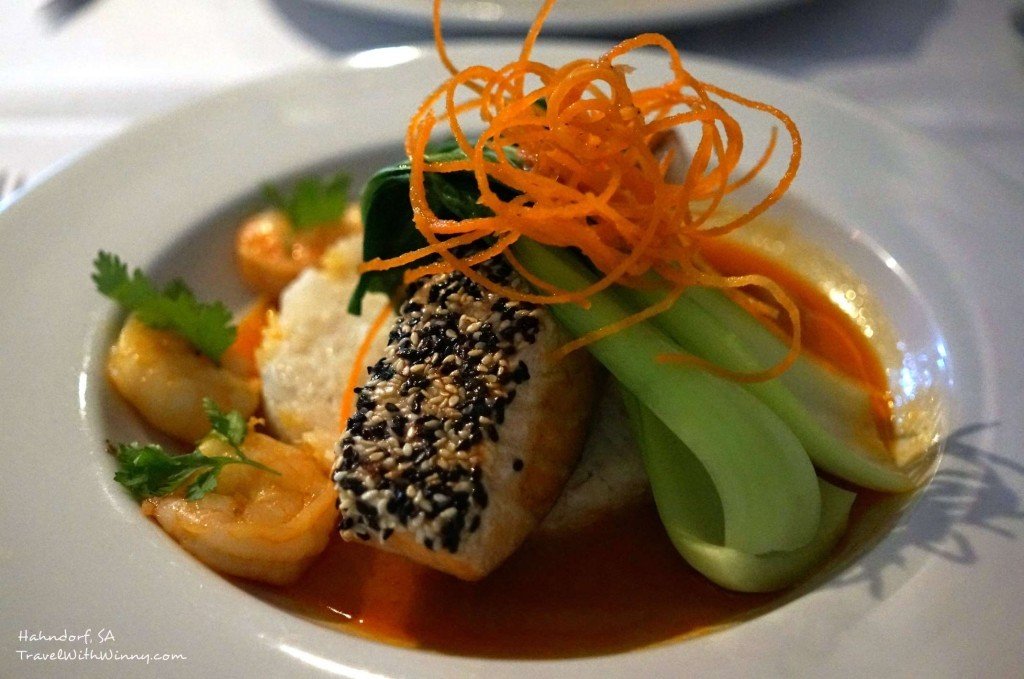 We enjoyed our food in this little bistro. It was a very relaxing place surrounded with pretty artworks. It is a good place for a dinner when you want to have a quite getaway night in the country which is not too far from the city.