Villa 77 is a new Spanish Tapas store newly opened on Unley road. It has a cute Spanish villa style front yard that is decorated like a Spanish country bar. The indoor looks a bit more modern but the Spanish theme still runs through the whole restaurant. When we walked through the front yard, there were a table full of customers enjoying themselves with sangrias in their hands. 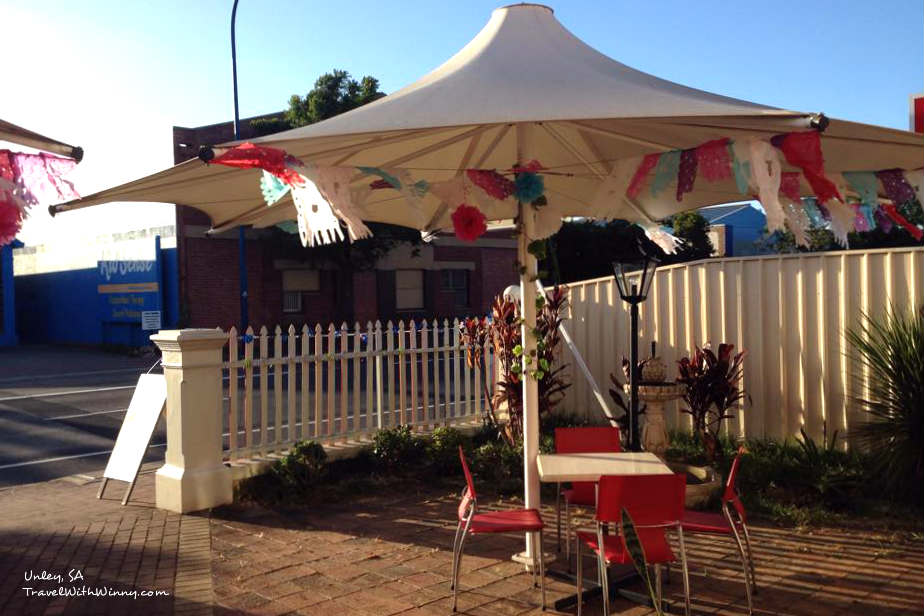 Winny and I were seated in the main restaurant area where the seats were more closely packed together. The tables were mostly empty but excusable as Villa 77 was only opened three days ago. There were many Spanish paintings on display around the restaurant and a few customers were walking around admiring the art pieces. There is a casual seating area presuming for people who wants to just relax and enjoy the Spanish atmosphere with some Spanish wine or sangria. 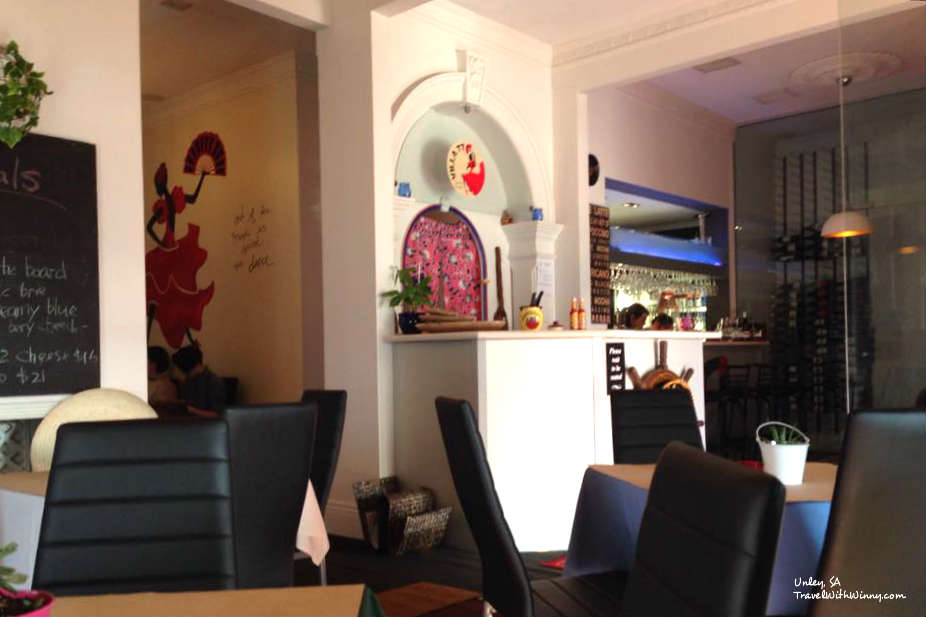 The food selection was not very extensive with only eight tapas to choose from. We chose only three from the menu to try. The first was “Gambas ala Plancha” This was a dish of fresh SA prawns freshly BBQ engulfed in a delicious but very chilli sauce. Winny isn’t a big fan of chilli food but she did give the dish a go and still quite enjoyed it. The prawns were also served with some tortillas and fresh salad. The tortillas were quite delicious as well and it went well with the sauce and the prawn. The waiter who I suspect is the owner did say that if we wanted the less chilly in the future we could request that. I thought that it would have been better if they have written it on the menu or notified us when we ordered the dish. 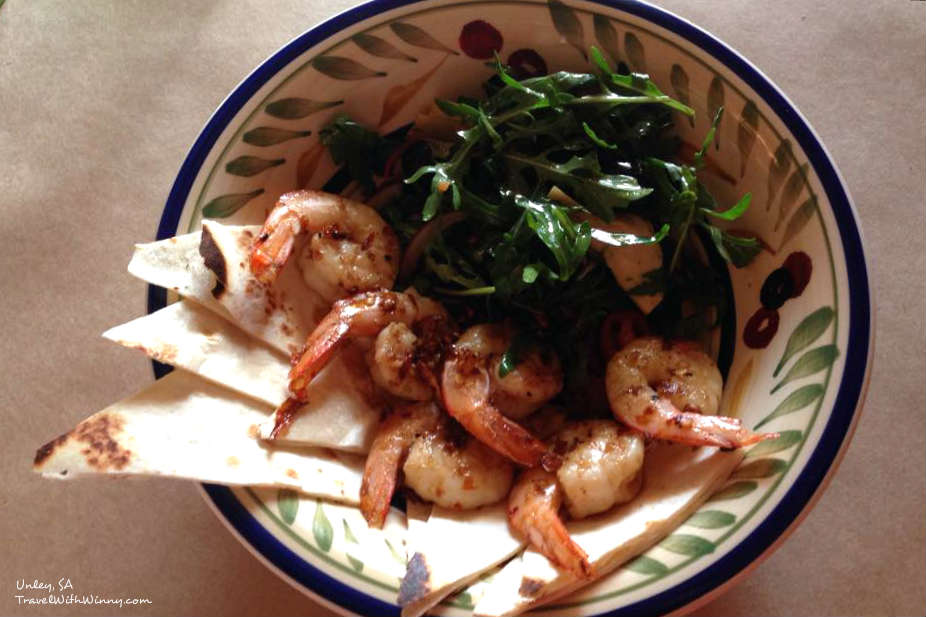 The second dish was “Ensalada de Verduras”. We understood that it was a salad dish but we didn’t realised that it was essentially the same complimentary salad that came with every other dish with an addition of Artichokes and mozzarella. The salad had a balsamic base and it also has some fresh tomato and green olives. It was a nice salad but was a little simple for its price. 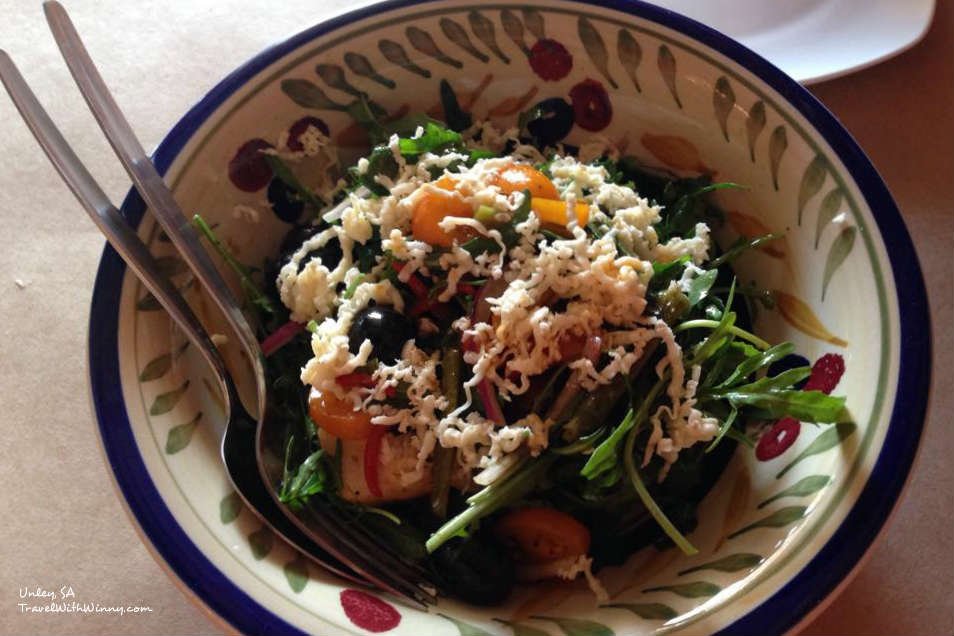 We finished off with some “Croquette de Jamon Serrano”. The Croquette was quite well done and shaped quite flat as oppose to the normal cylinder shape. The batter was done well and there were some creamy green sauce on top of the crusty cheesy croquette. The dish also came with salad. 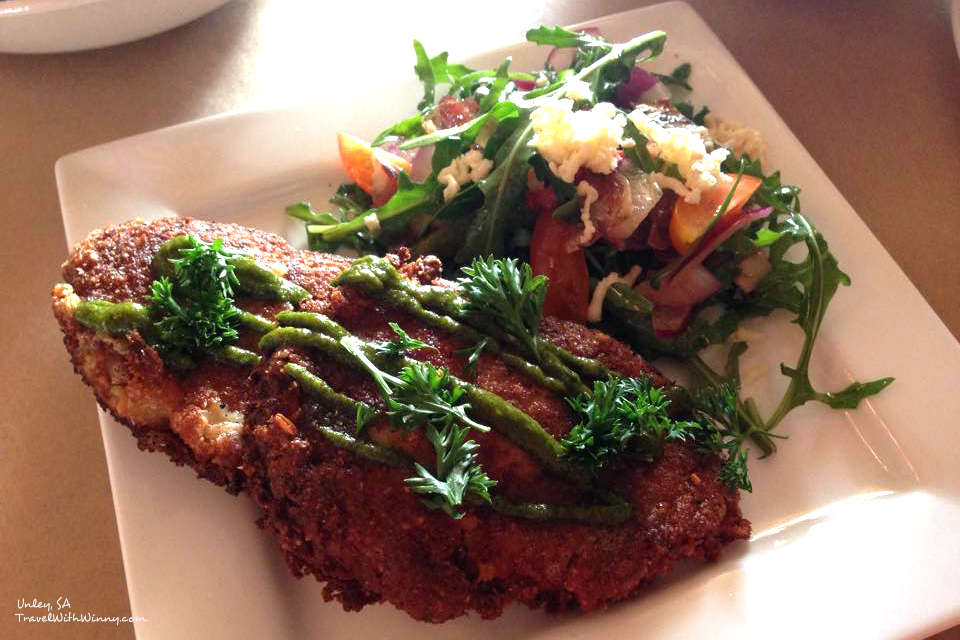 Winny and I quite enjoyed the atmosphere of the restaurant. The waiter was quite enthusiastic and slightly nervous but extremely helpful. Villa 77 is quite a new shop but has a lot of potential. It is definitely the place to go if you want to have a taste of Spanish in southern suburbs.