After working in Invercargill as an intern for 3 weeks, finally got a chance to visit the east coast of Invercargill called “The Catlins”. By definition, this area is in the southeastern corner of the South Island thay lies between Balclutha and Invercargill. It includes the South Island’s southernmost point, Slope Point. 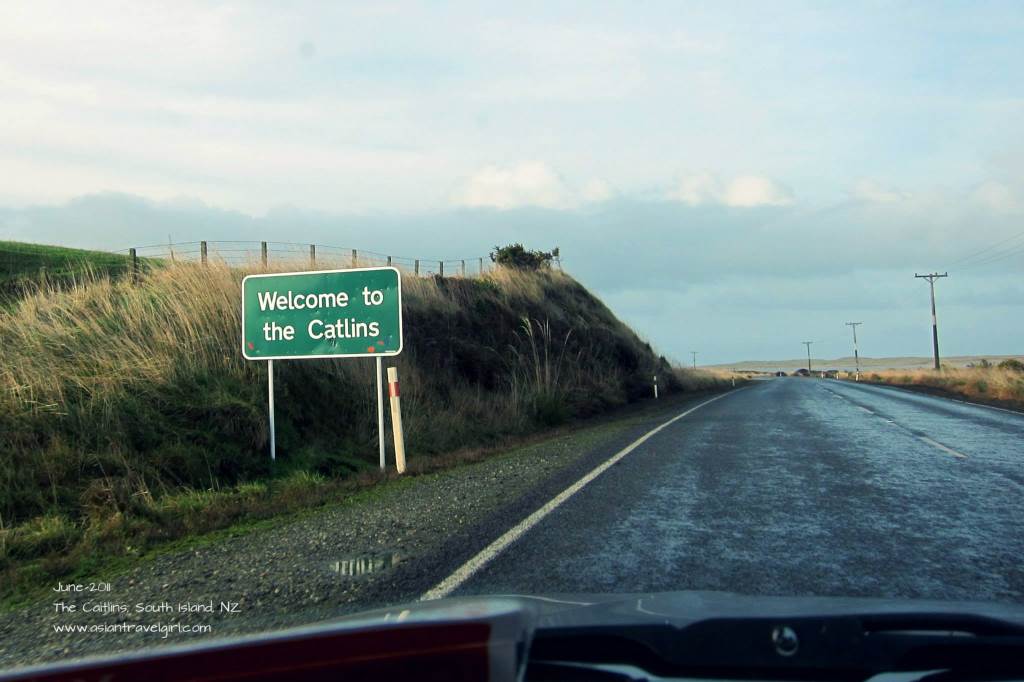 Welcome to The Catlins where you can find angry wild sea lions!

The Catlins are famous for its beautiful coastal scenaries and is home to many endangered species, including the rare yellow-eyed penguin. The coast attracts numerous marine mammals including New Zealand fur seals and Hooker’s sea lions, which we will encounter today. 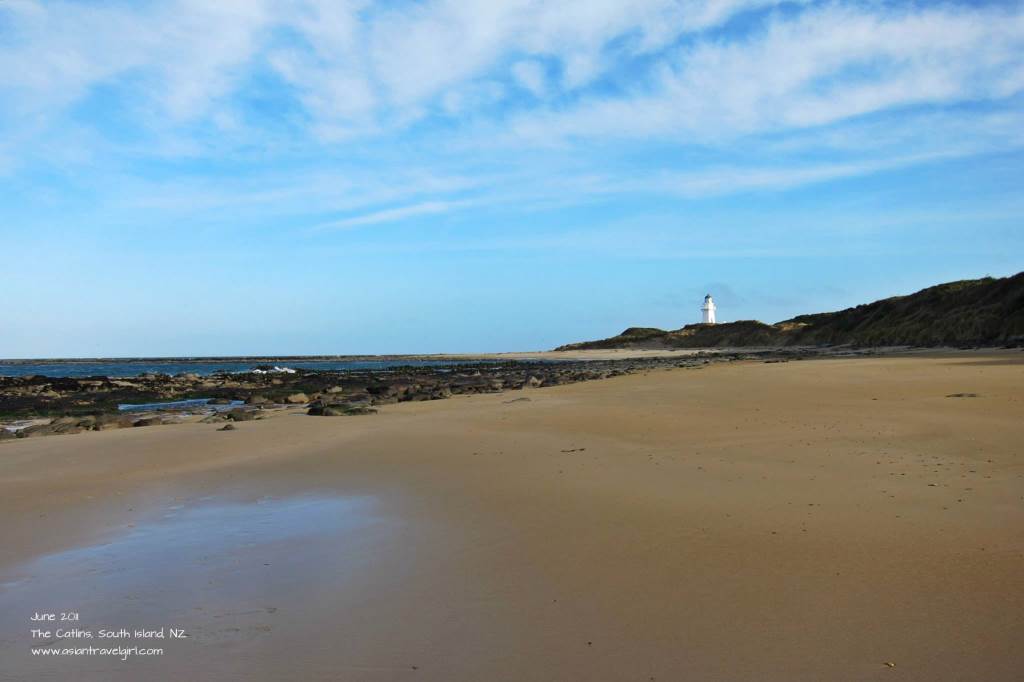 The beautiful coastline of The Catlins

The original plan was going to Cathedral Cave which is 120km away from Invercargill, however it is only opened for 2 hours each day during the low tide. By the time we got to the information centre, it was already low tide time, there was no way we could make it in time. The next set of low tides was 12 hours away. So we decided to go to Waipapa Point instead. A place where sea lion gathers 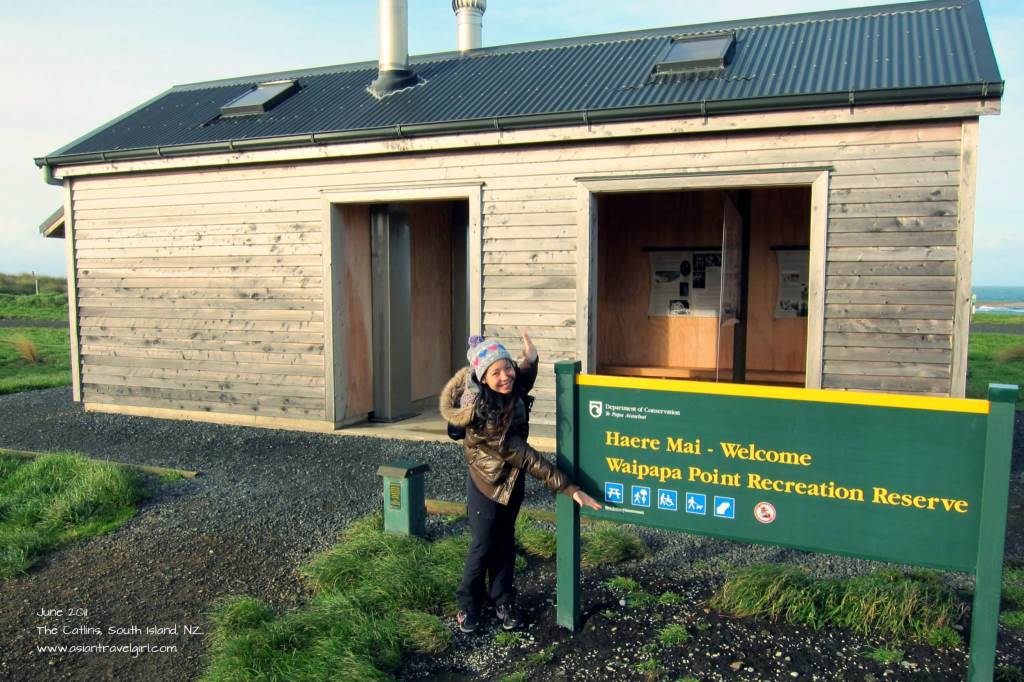 The place was beautiful and only a photographer was on the beach. He had his tripod set up with a very tammed sea lion in front of him! We thought we should let him finish the photo shot before we try taking photos with the sea lion, but it swam away! I was very disappointed and was determined to wait another sea lion comes to the shore! 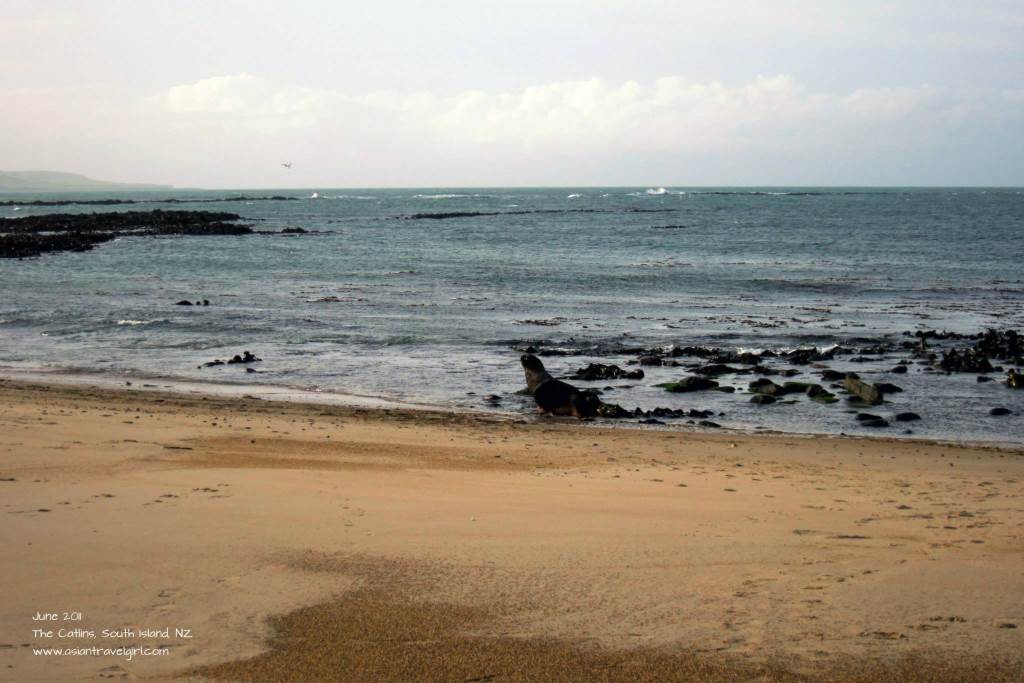 The friendly sea lion that swam away 🙁

Meanwhile, found some very pretty paua shells and some weird sea related things that looked like brains and hands. 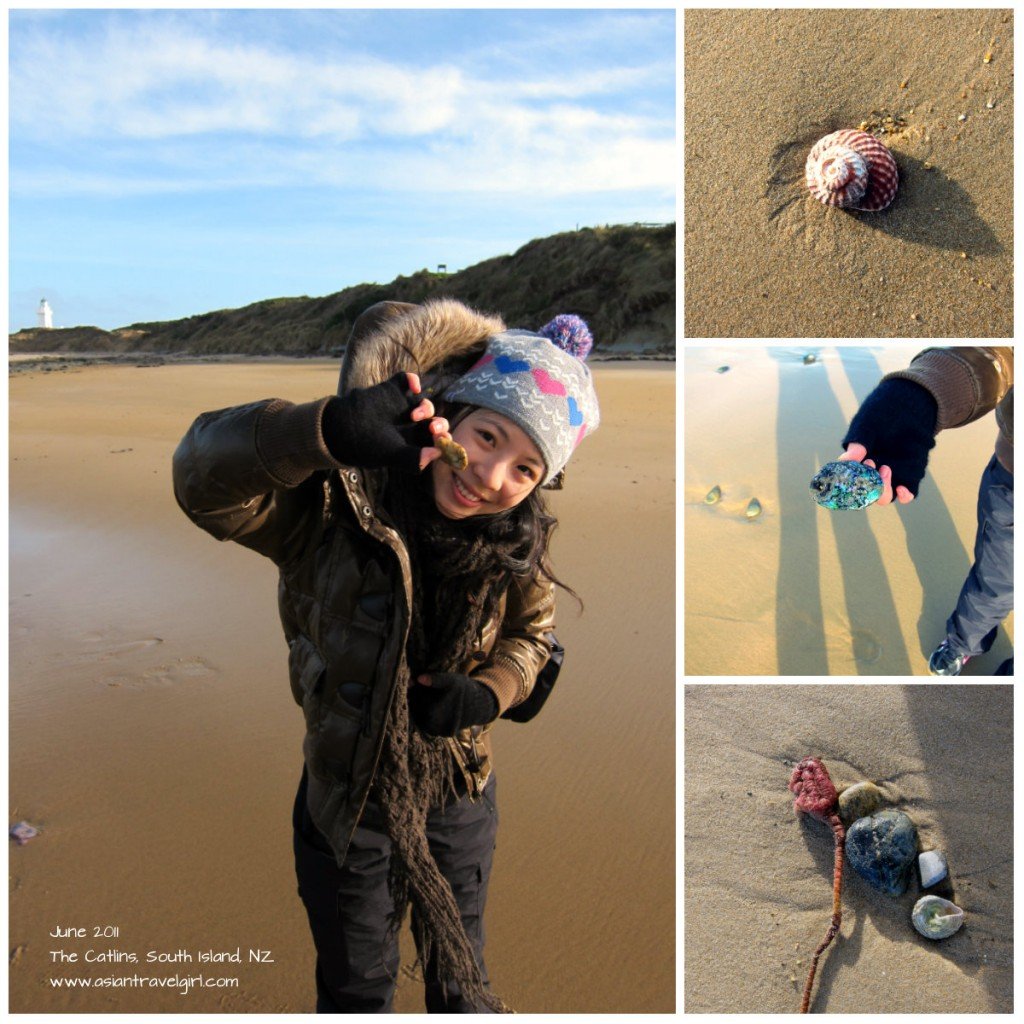 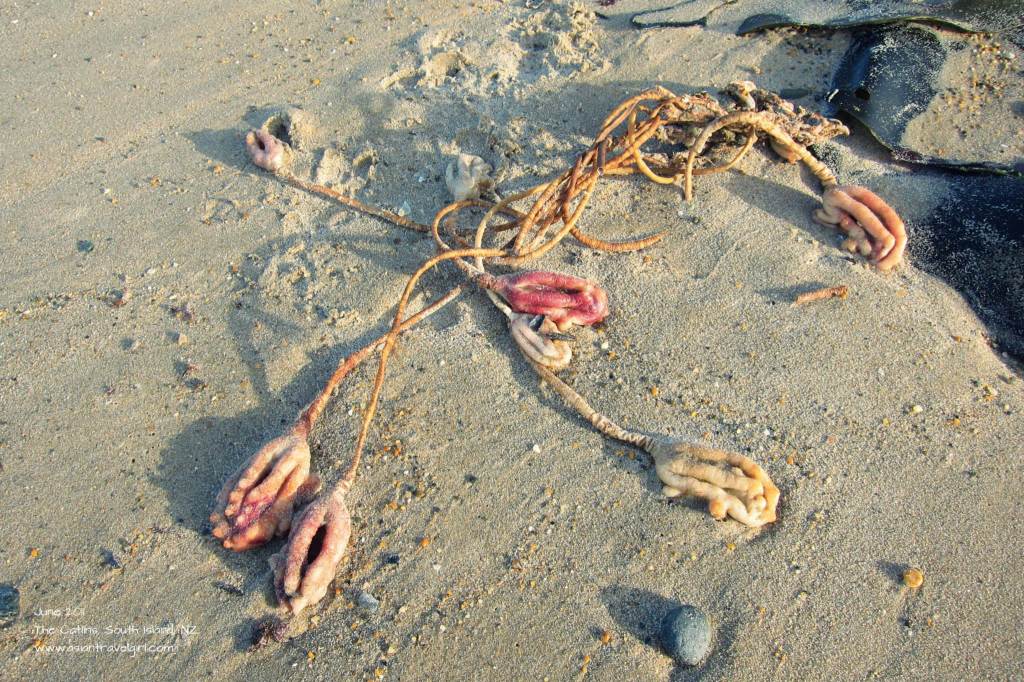 After about half hour of waiting, we spotted a gigantic sea lion! Ok maybe not gigantic but it was definitely around my height. 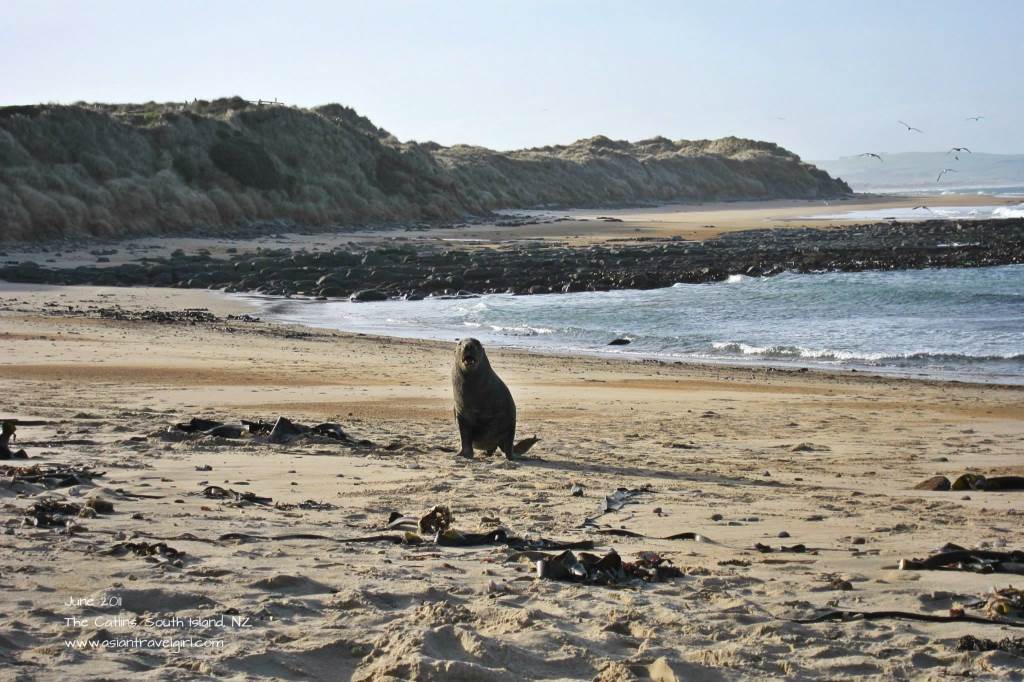 I think it was telling me to get out of his territory but I didn’t pay attention to his animal behaviour.

I remember seeing one of the photos at work where the girl was literally standing next to a wild sea lion and had a photo with the creature. I wanted to do that too! So I tried to go closer to him but he then started CHARGING AT ME! 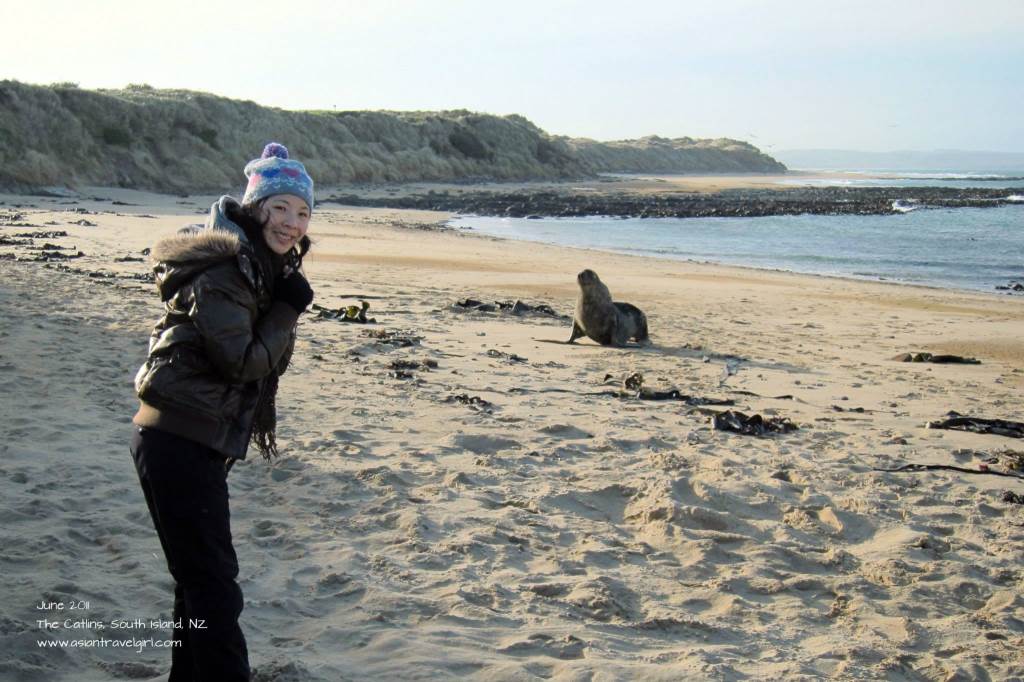 I think this was charging at Winny in action! I had no idea till seconds later!

I quickly ran up the hill and make sure he won’t come up. He did try to come up but failed so he started rolling around in the sand and mark his territory. It was exciting to see a sea lion outside of zoo but was scary at the same time. According to the information on the beach you suppose to stay 10m away from the sea lions and fur seals. However my colleagues said they have never heard anyone getting bitten by sea lions. 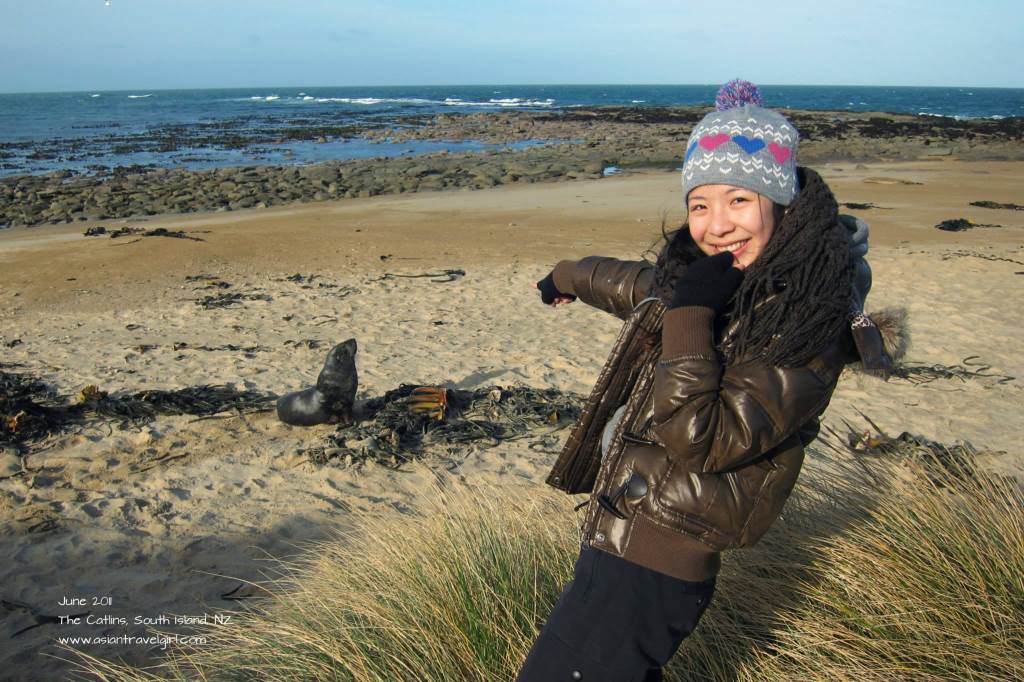 Haha you can’t get me! I am in a safe area now!

Some of the closer attractions includes “Waipapa Point Lighthouse”, which I almost completely forgot since I was too excited with the sea lions. 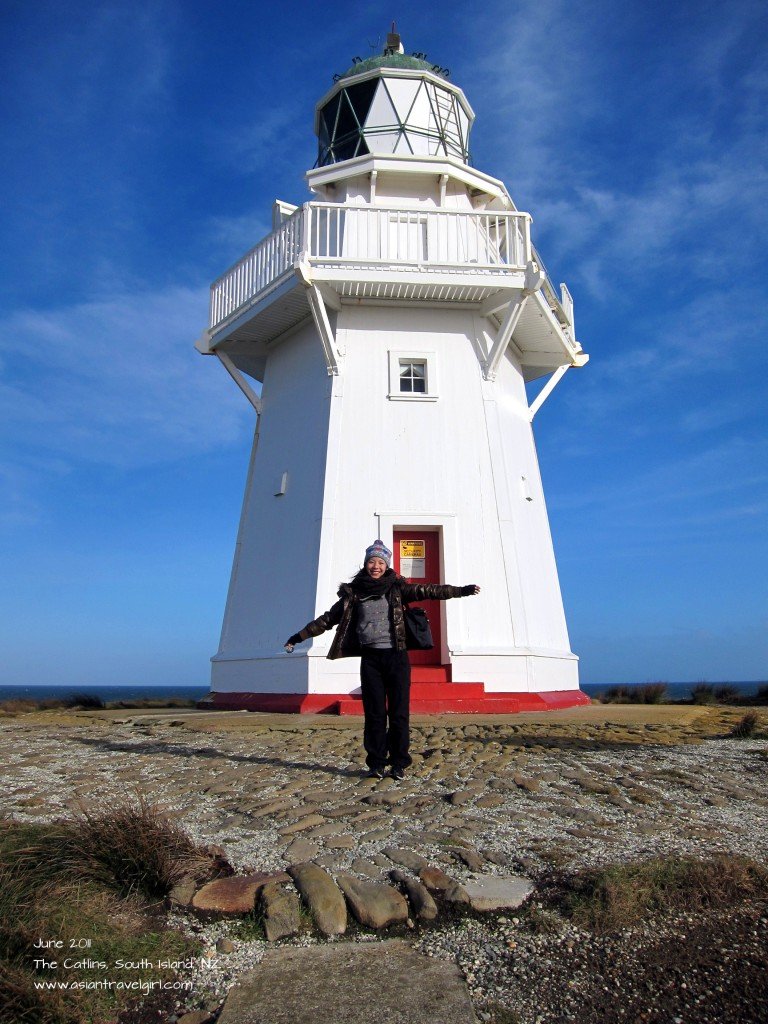 Then 10km away from Waipapa Point there is a place call “Curio Bay” which is a fossilized forest from billions of years ago, probably dated from Jurassic era. 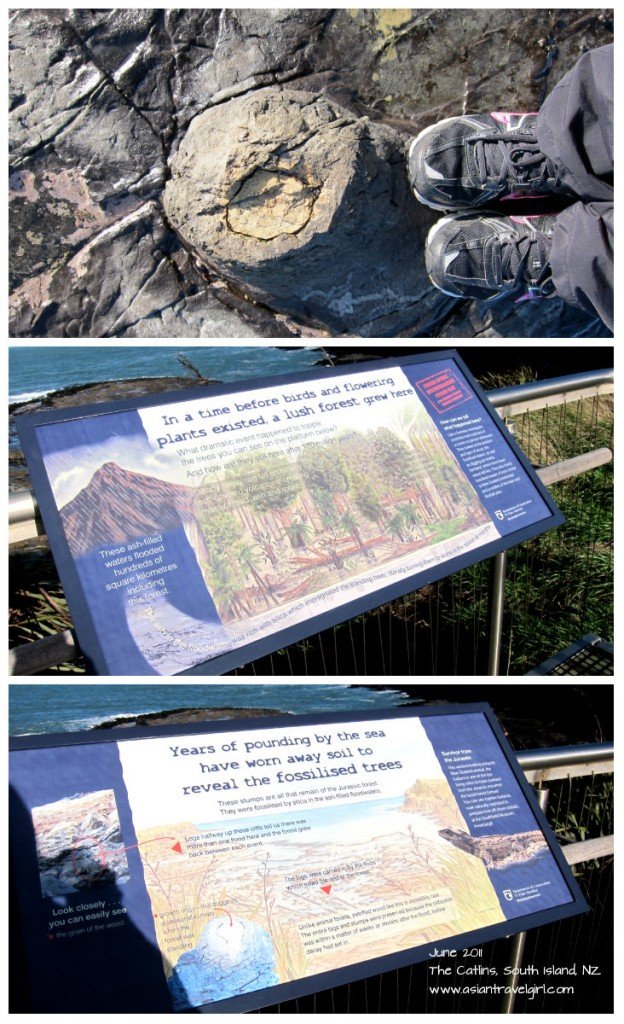 I reckon if you live around the area, each weekend there will be many new places to explore and natural wonders to discover. Queenstown is only a 2.5 hrs drive away. Other than the cold snowy weather in winter. I might not mind living here 🙂 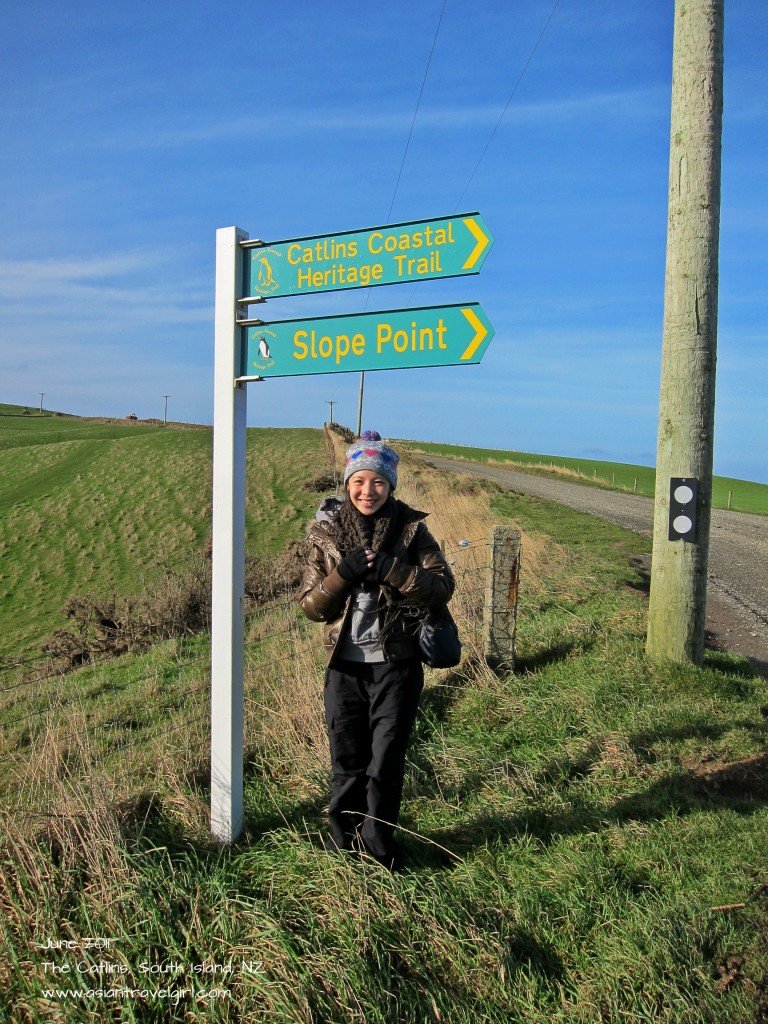 Just on a random note, somehow the road signs are all very short in South Island…maybe because people usually drives so it’s easier for drivers to see? Not sure…unsolved mystery…