Ever since I saw my friend Jeneafer’s facebook photos about this new ramen place in Adelaide, I made a mental note to myself: “I must come here and have a try!” Therefore right after I landed in Adelaide from my week’s work in Canberra, York and I headed to Gouger Street in Chinatown to Ryo’s Noodles. It wasn’t too hard to find. Once I stepped in, I was surprised at the amount of seats available.  It also has another seating area upstairs similar to San Churro few stores away. 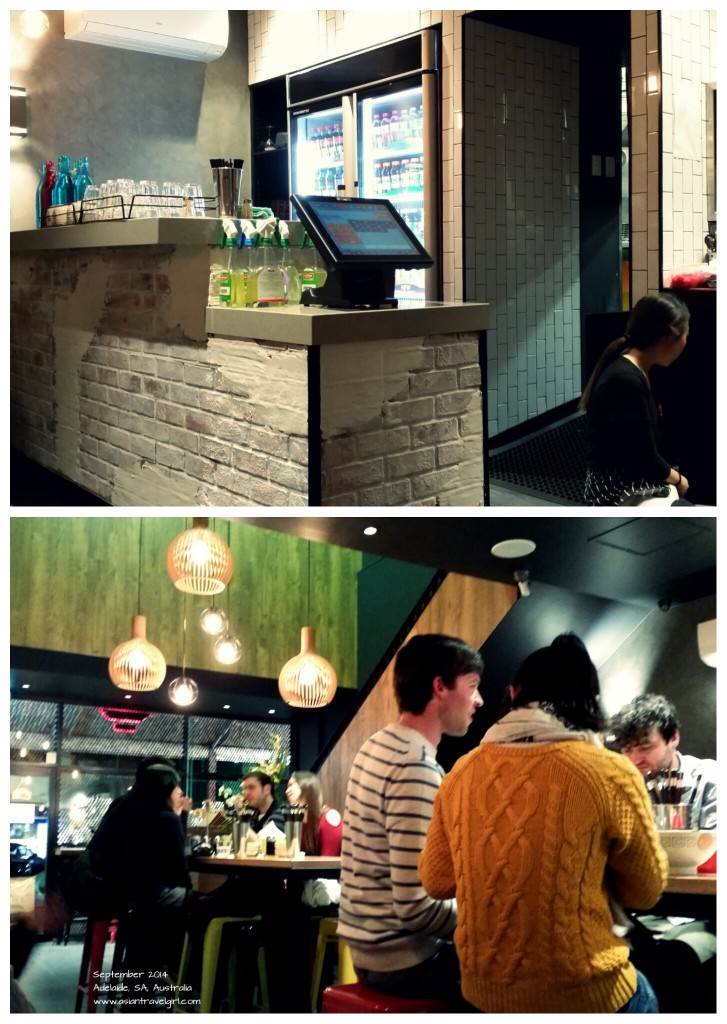 The impression of the service was that some waiters were attentive but some were chatting away, the girl had to be appointed by what seems like the manager to come and take our order. Nevertheless once our orders were placed, the food came pretty quickly. York had “Ton Kotsu: Ramen in Miso Flavoured Soup with Egg, Roast Pork, Shallots and Bamboo Shoots” and I had “Ton Kotsu:Ramen in Soy Sauce Falvoured Soup with Roast Pork, Egg and Shallots”. 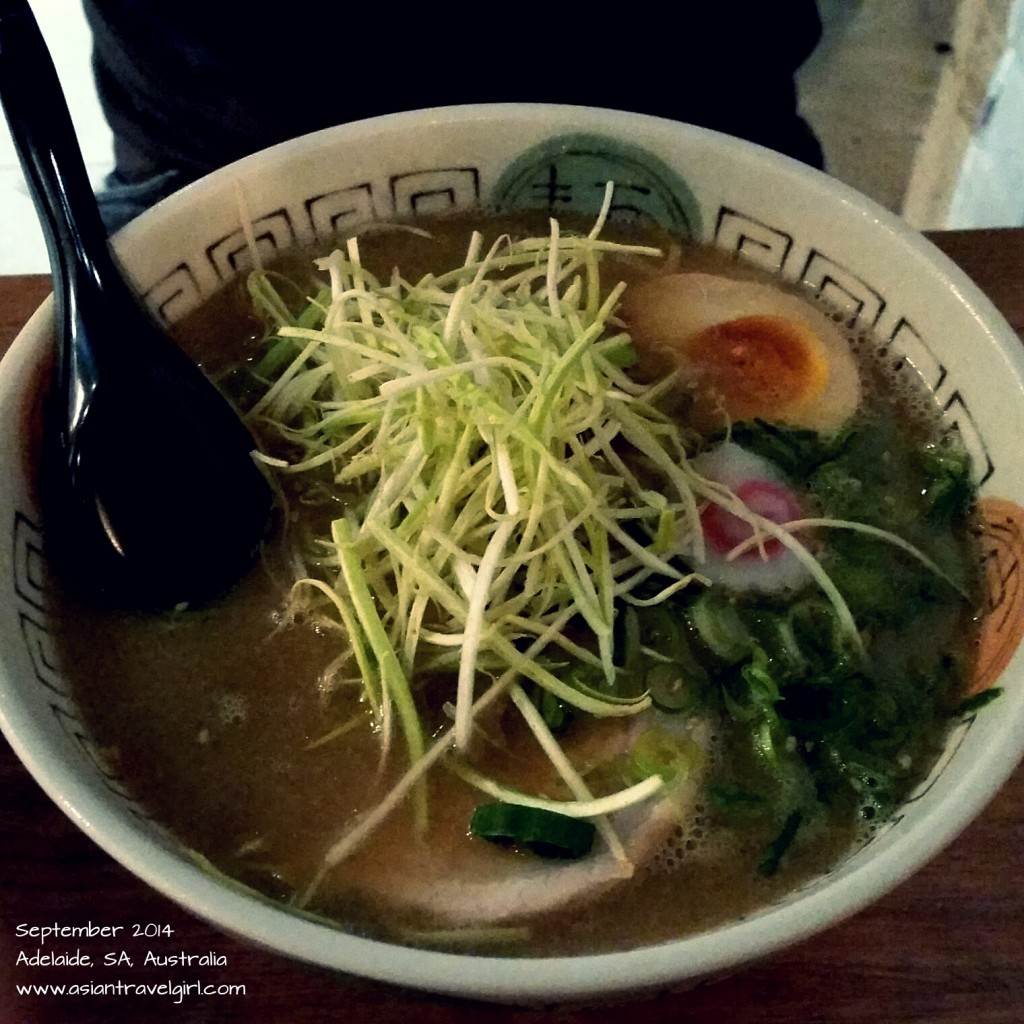 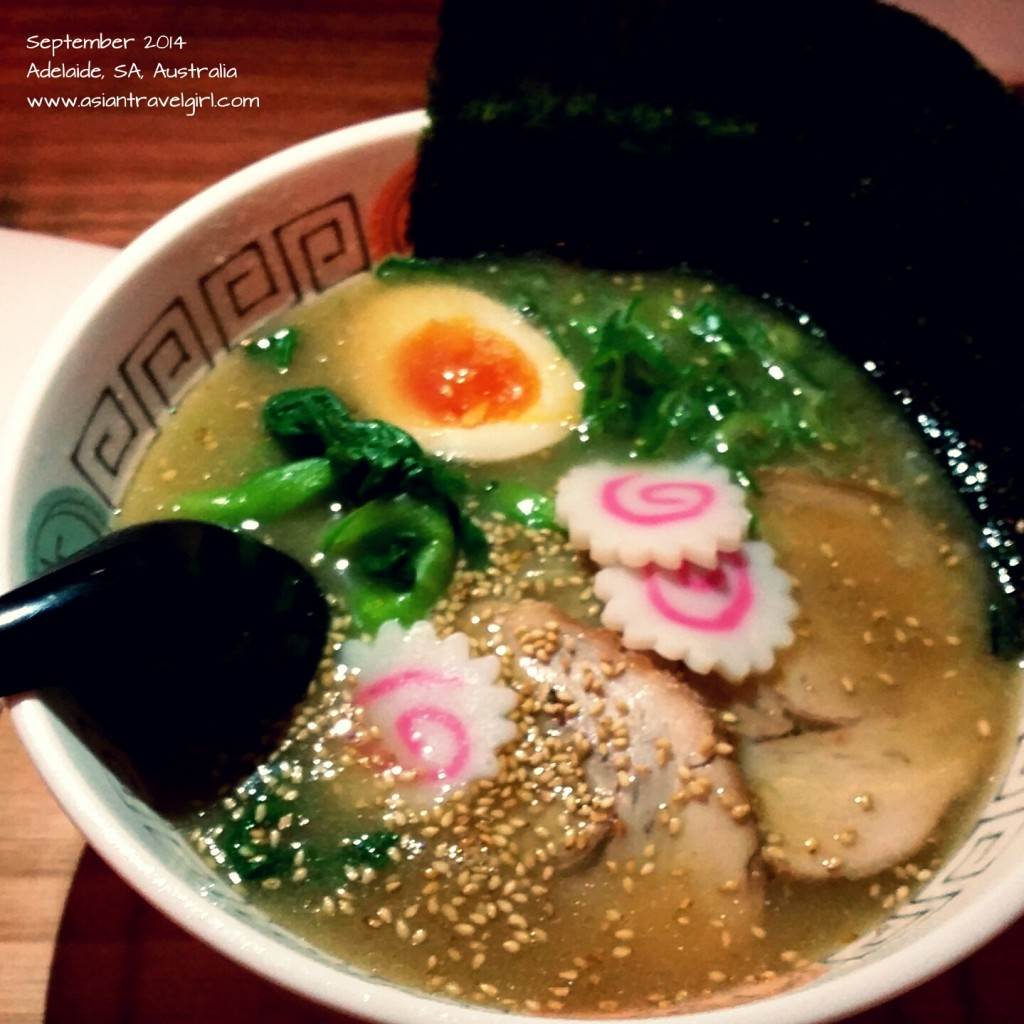 Even though the ramens weren’t bad for it’s price and the fact we are in Adelaide. There were still some disappointing aspect. Initially I thought this place would be more authentic, where they might ask you what ramen texture you would like (hard, soft, etc). Obviously that could be expecting too much from Australia. However the miso in York’s Ton Kotsu miso flavored soup was very light, I could barely taste it. My pork based soy sauce flavored soup was lukewarm, while the noodles were extremely hot. York’s broth temperature was just right. Possibly mine was made later. Overall I think this place would be good for a cheap meal or catch up, but I certainly don’t see people lining up for the ramen here like they would in Japan.