Other than the typical skiing in Queenstown, you are able to do paragliding as well! Since I love purchasing things on Groupon, I found an awesome deal where you can do paragliding for NZD$99 (rather than NZD$210) which included hotel pick up, photos and videos. Paragliding in Queenstown is an activity that is weather dependent, so we called them at 8am to make sure we are all good for the 9am pick up. 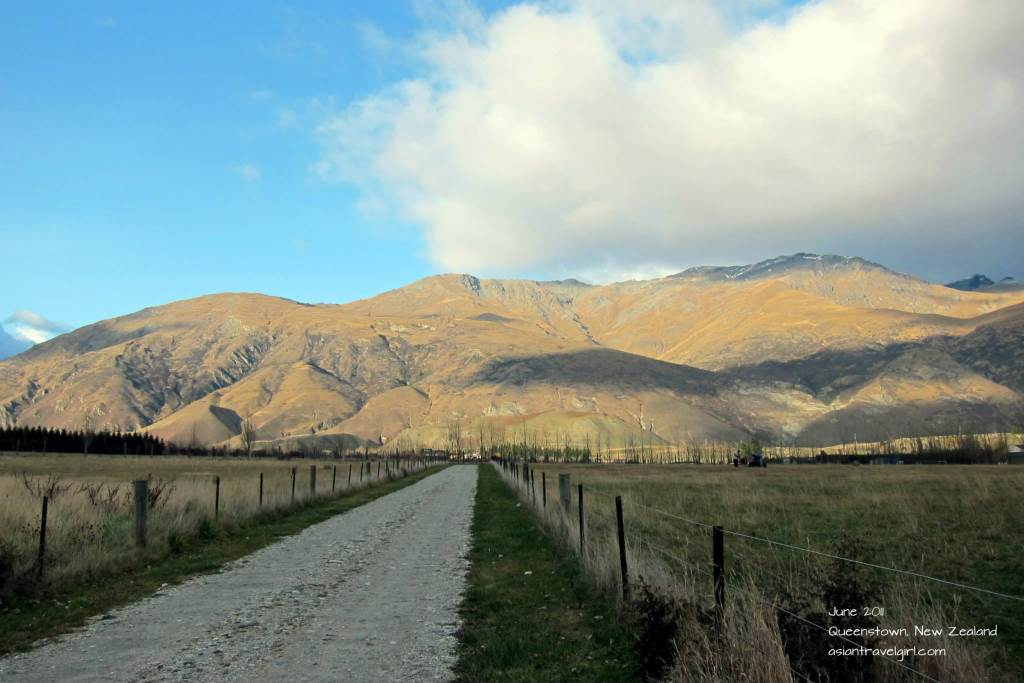 Driving towards our paragliding place

I originally was hoping that we could take off at the nearby ski field which gives us 5000 feet in height. However despite being June already, the ski field wasn’t open. We had to settle for a near by hill which was roughly 3000 feet. 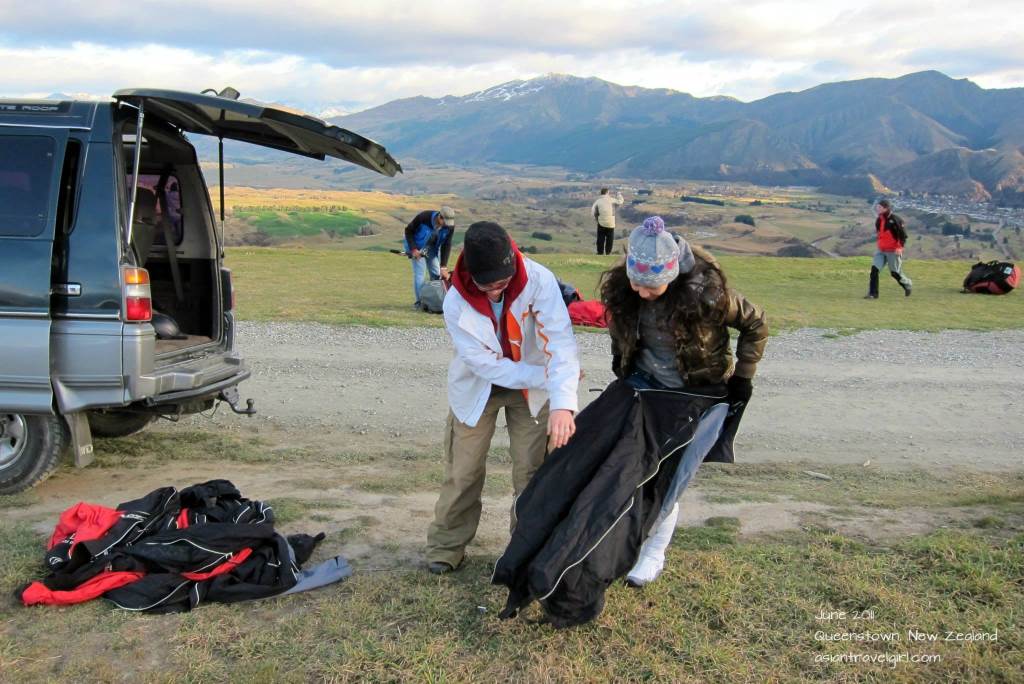 Putting on the jumpsuit as soon as we arrived.

When we arrived at the hill in our pick up fan. We were given some clothes to keep us warm. The outer layer was a jumpsuit that had the thickness of a sleeping bag! It was super warm! We had to place a large parachute bag on our back too, which almost tip me out of balance. 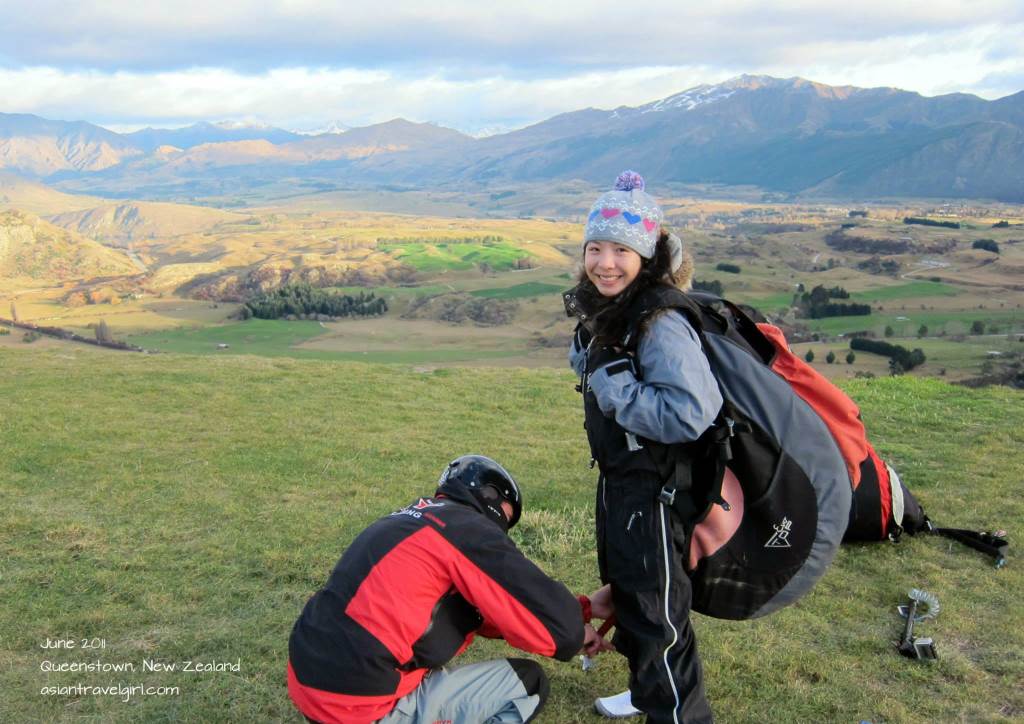 My instructor checking if everything is safe

The instructor then tie themselves around you and started running. The wind will soon pick you up into the air and off you go! 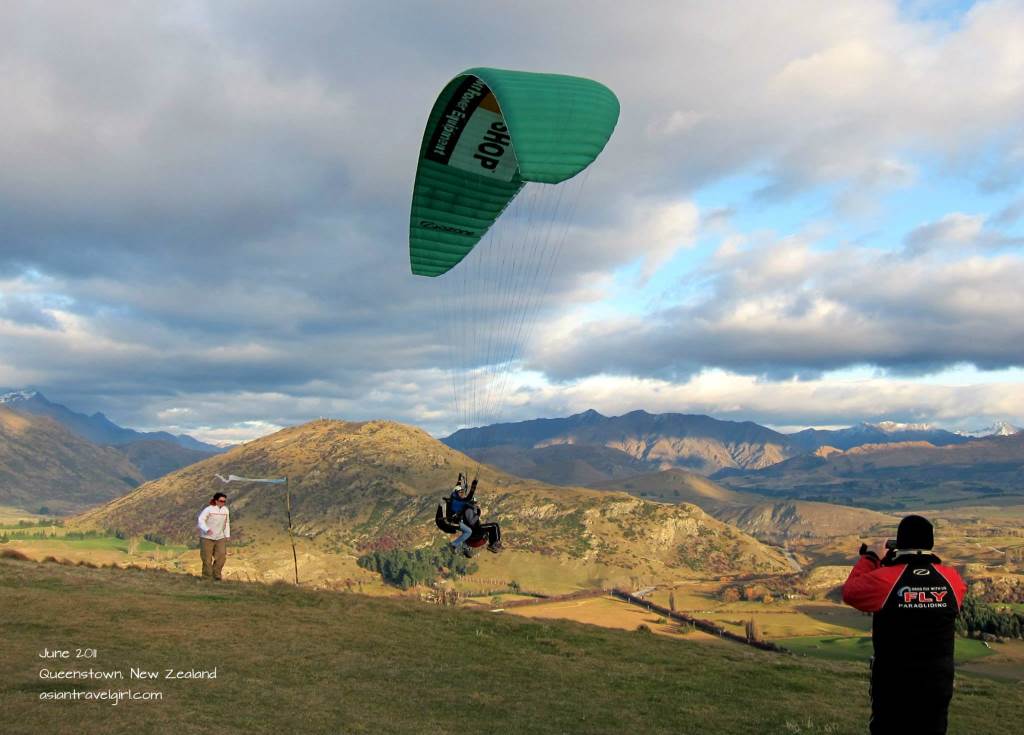 Running and taking off!

I think the whole experience really depends on your instructor. My instructor didn’t take as much photos compare to my friend and the pictures were mostly over exposed. My friend even had a longer flying experience, spinning in mid-air, the whole package. Even though he said it really depends on the wind speed at that time but we were only 10 minutes apart. 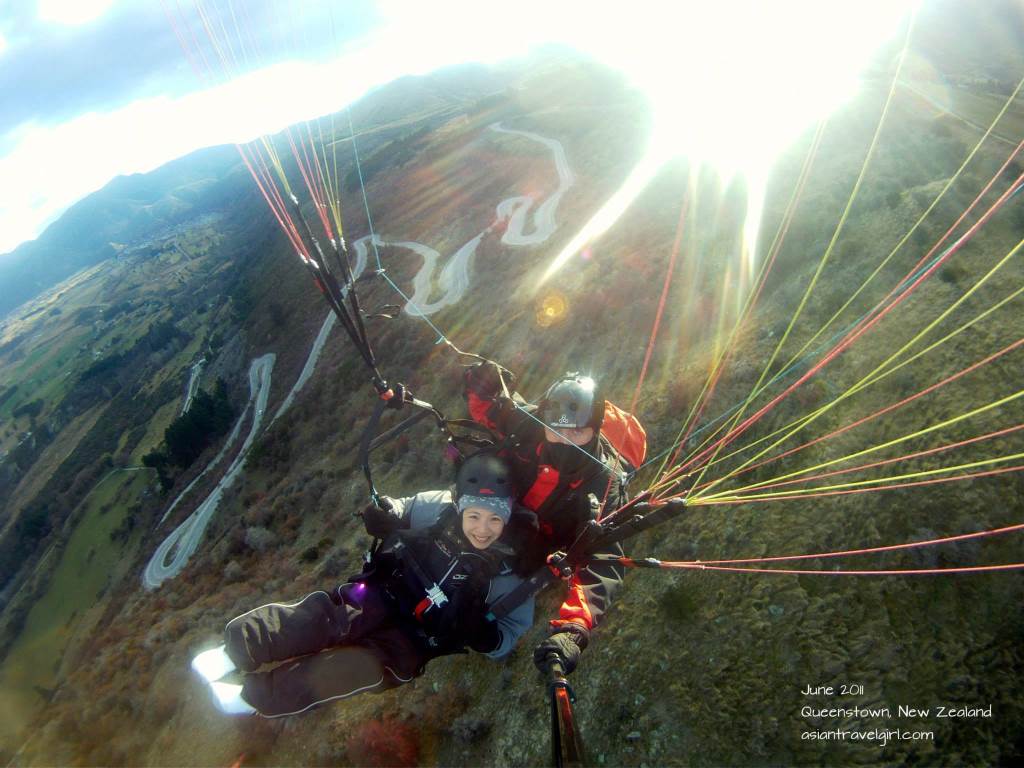 Beautiful landscape of Queenstown. Only wish it was higher altitude. 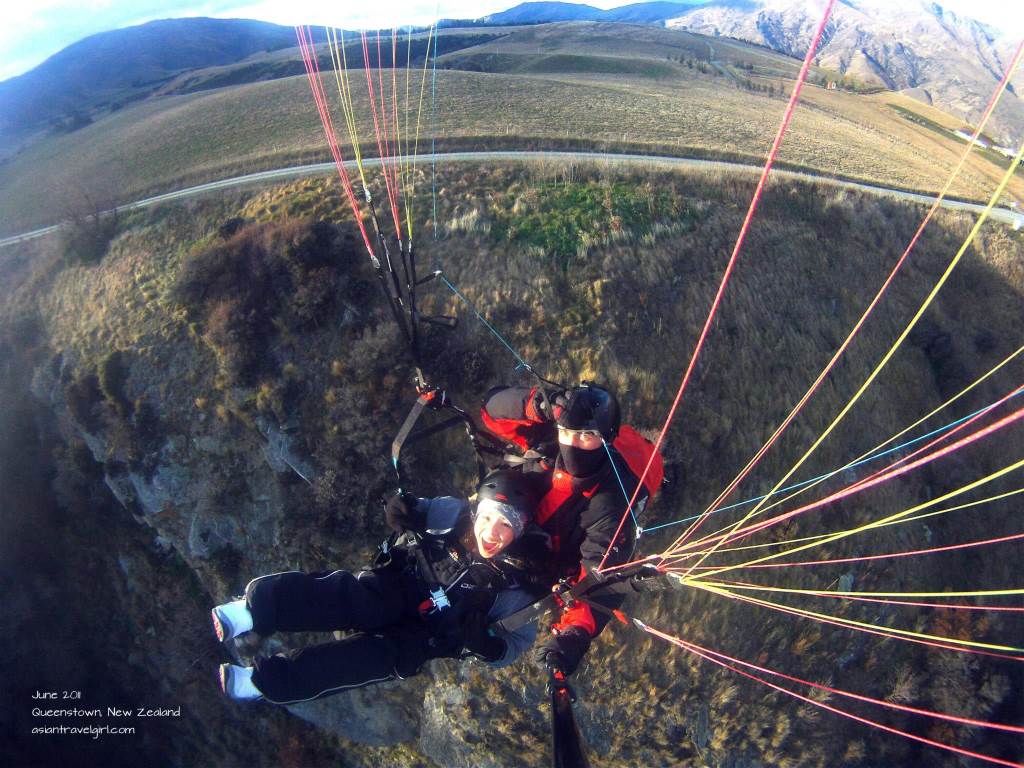 Running out of facial expressions to pose

I was a bit disappointed since it wasn’t as adrenaline rush as I anticipated. It was pretty much a relax ride above the ground looking over beautiful New Zealand South Island scenery. 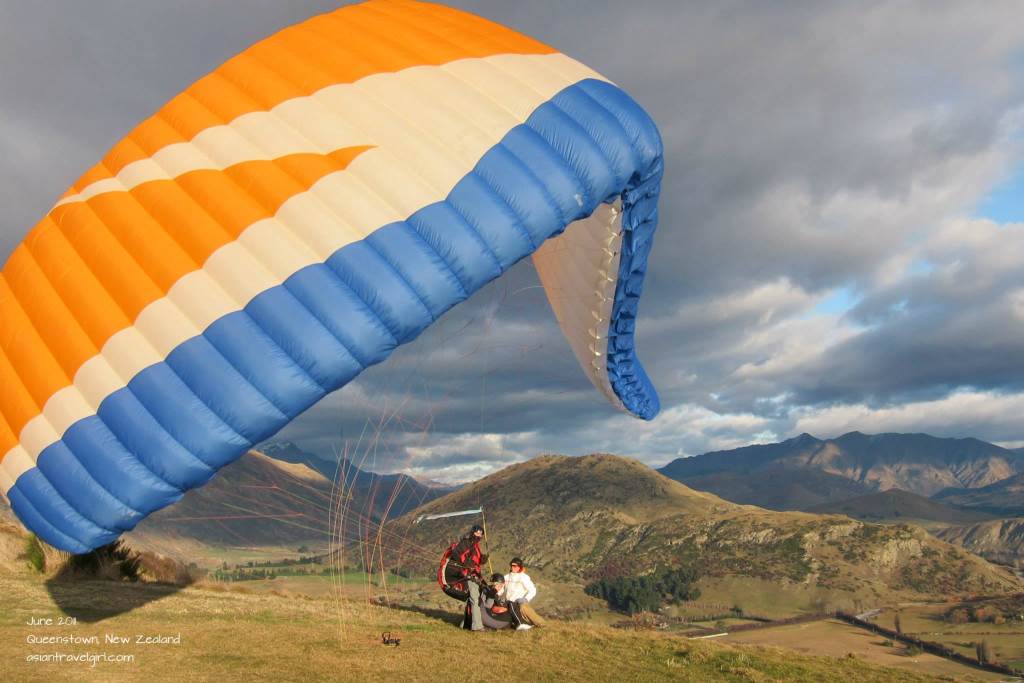 Captured the moment just before landing.

The landing was quite smooth with me falling onto my bum. The ground crew quickly came and helped me as soon as I landed. 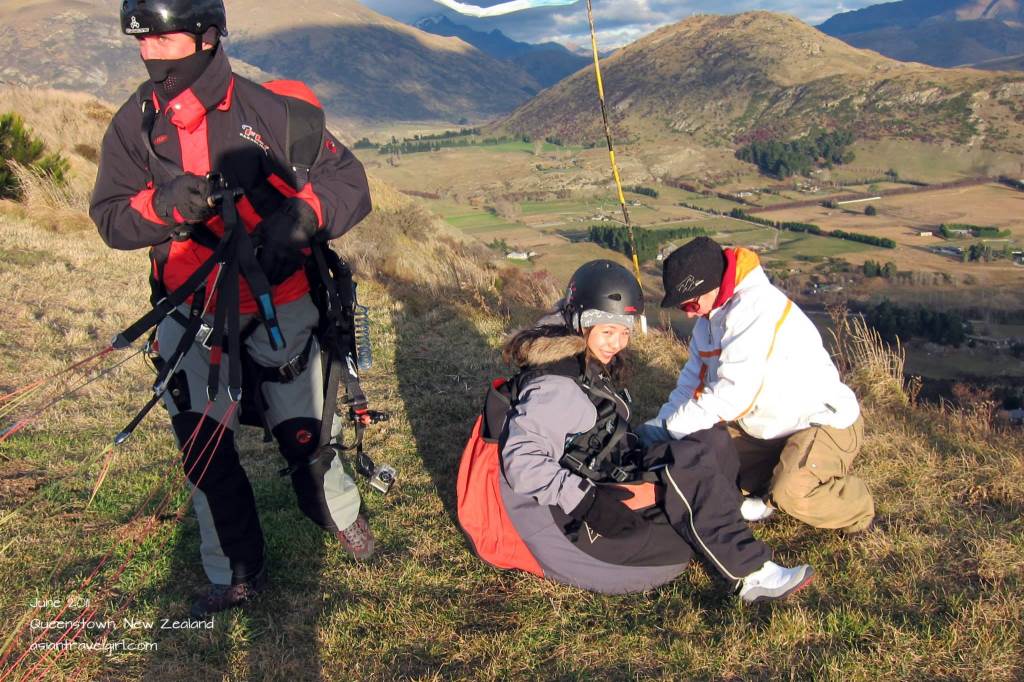 Landing on my bum safely

The whole activity probably only took 1.5 hour of our morning. I personally think money can be better spent else where in Queenstown if you a thrill seeker. I am not sure if I will try paragliding again due to this experience, although I heard Pokhara in Nepal has one of the best spots for paragliding. Might give it a shot in the future 🙂 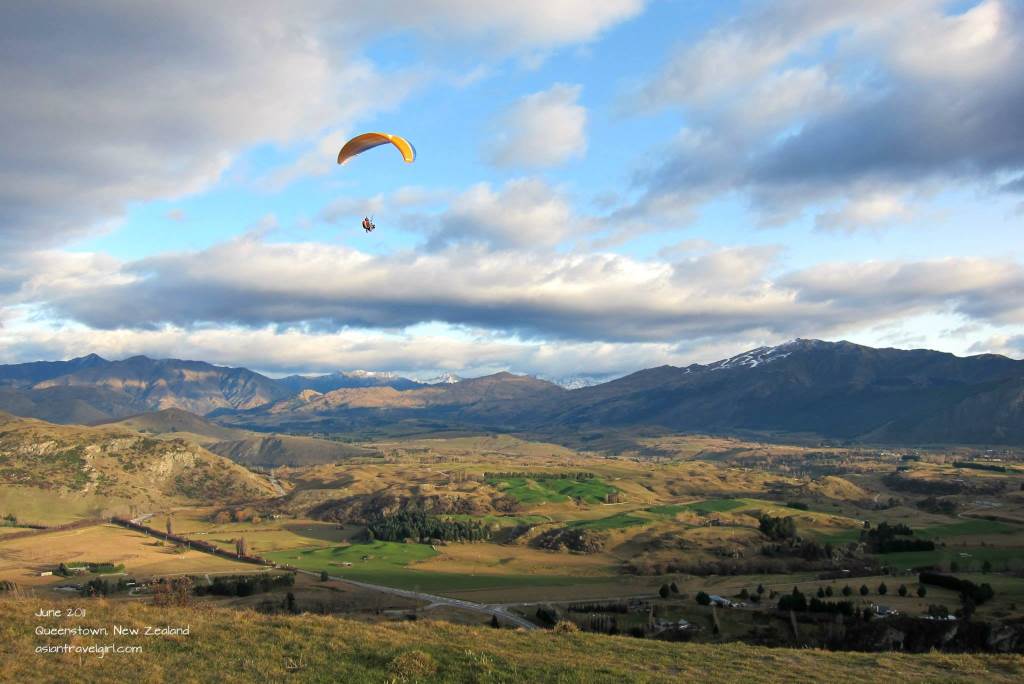