I always believe that Invercargill is a great place for raising kids. That belief was strengthened after I visited the famous Queen’s Park in the city. This park was located 15 minutes from where I stayed. It had a massive total area of 200 acres. 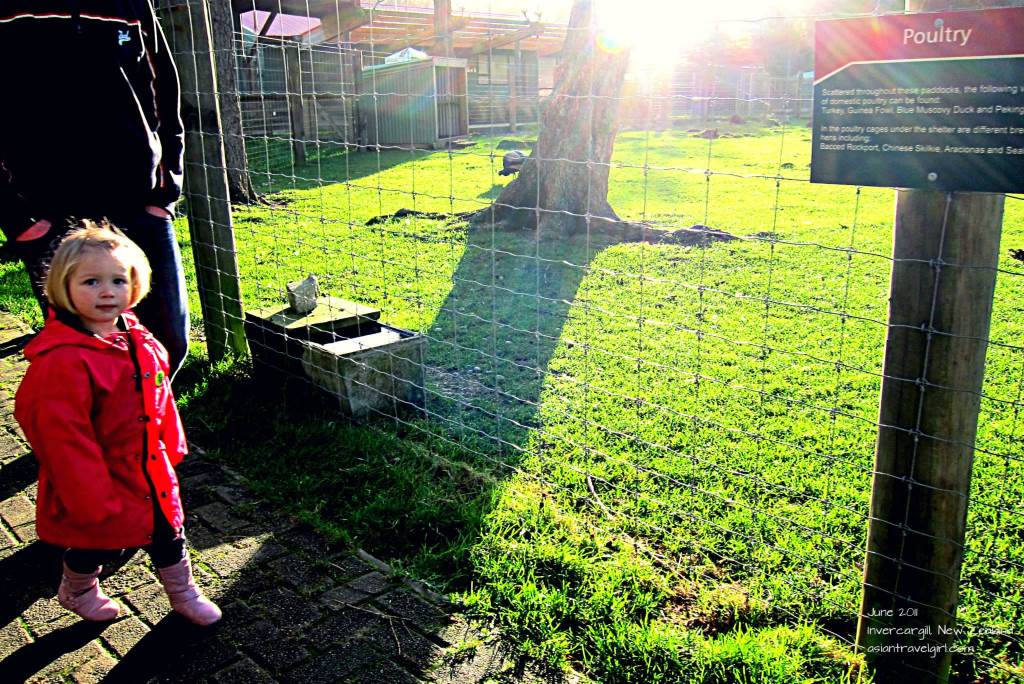 Little girl at Queen’s Park with her family

It contained many buildings from Victoria era with an 18-hole golf course, a botanical garden, an aviary, sports grounds, the Southland Museum and Art Gallery and the Southland Astronomical Society Observatory. Everything here is completely free and funded by the government. 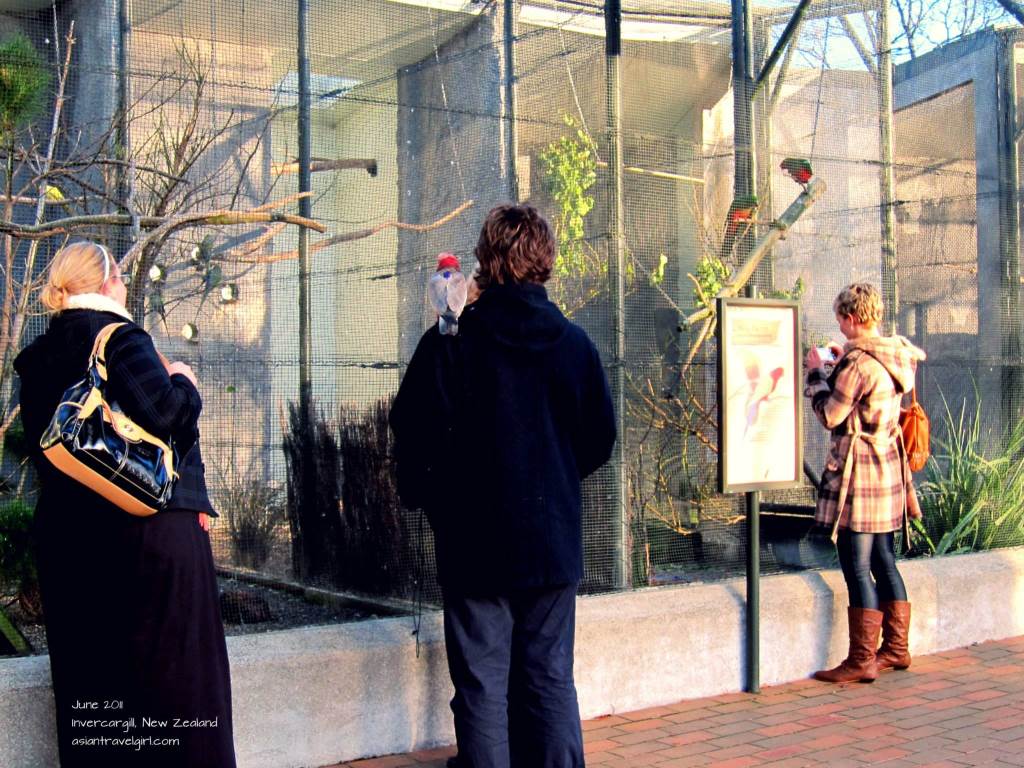 Man helping his pet bird socialize with other birds in the cage. Only in NZ

The mini zoo inside the park is a great place for kids of all ages to learn about animals. It had moose, pigs, goats with very long goaties and even hens! 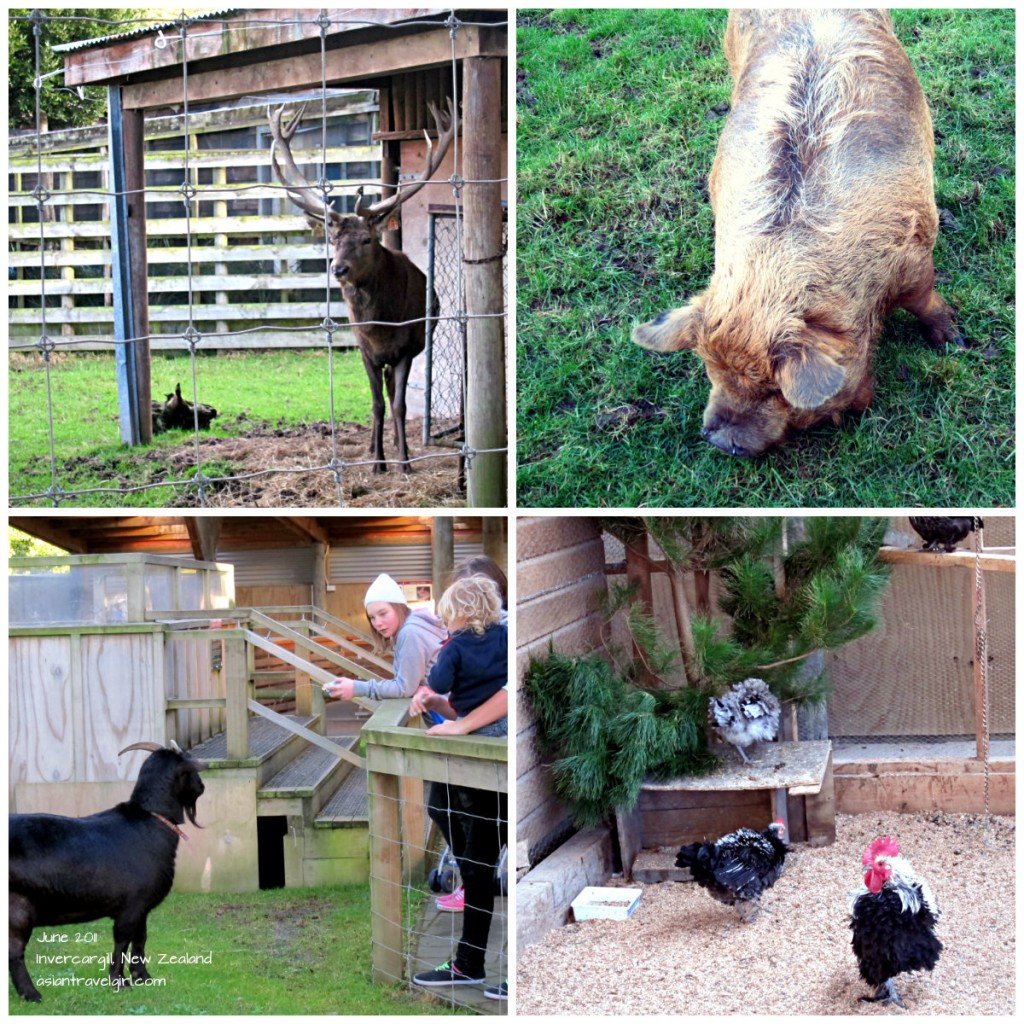 The botanic garden also had a Japanese garden section. However Invercargill gets pretty windy, I wondered how the garden maintains such a beautiful swirls in the sand. 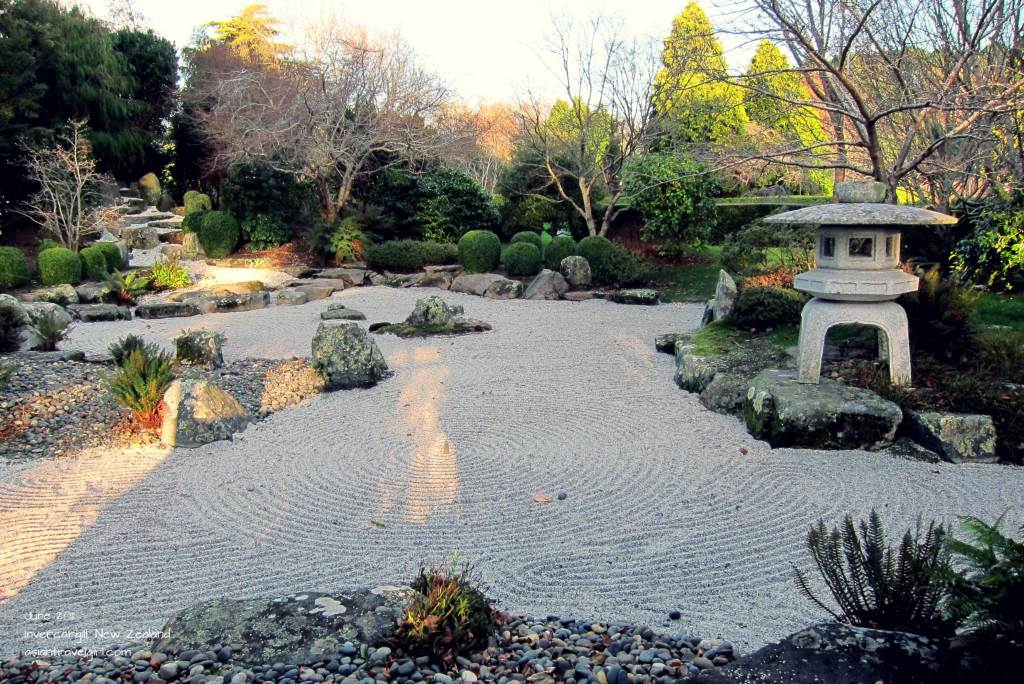 Other main attraction of the park was the large aviary looking over the lake. Even though it was almost sunset, there were still a lot of people. There were many native birds of New Zealand on display, however I did not recall any of their names (I am a bad travel writer :p) 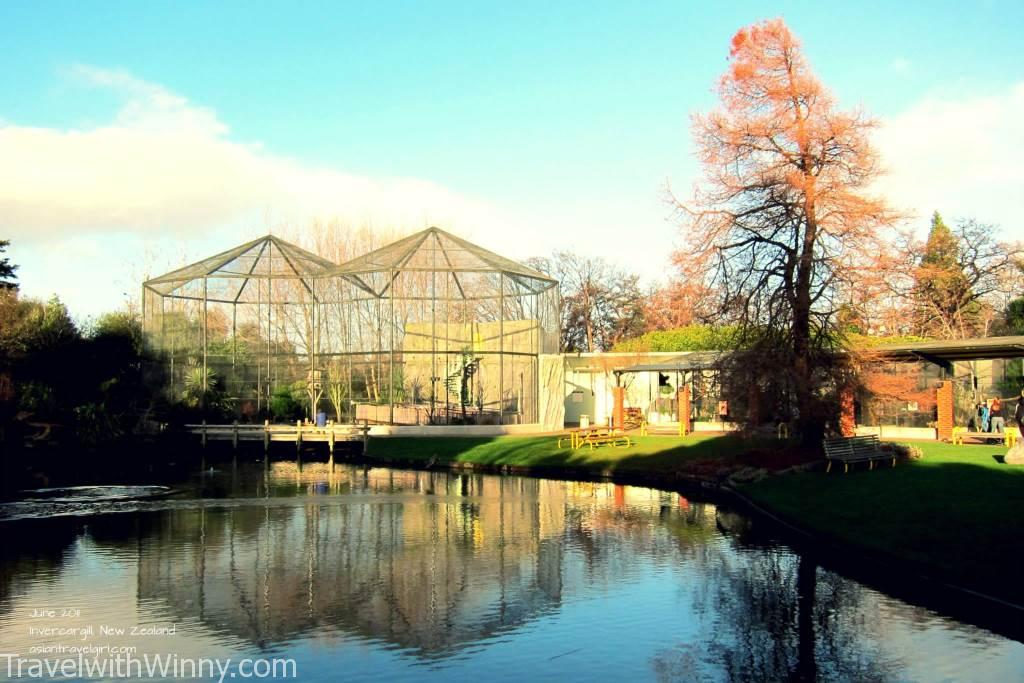 The large aviary looking over the lake 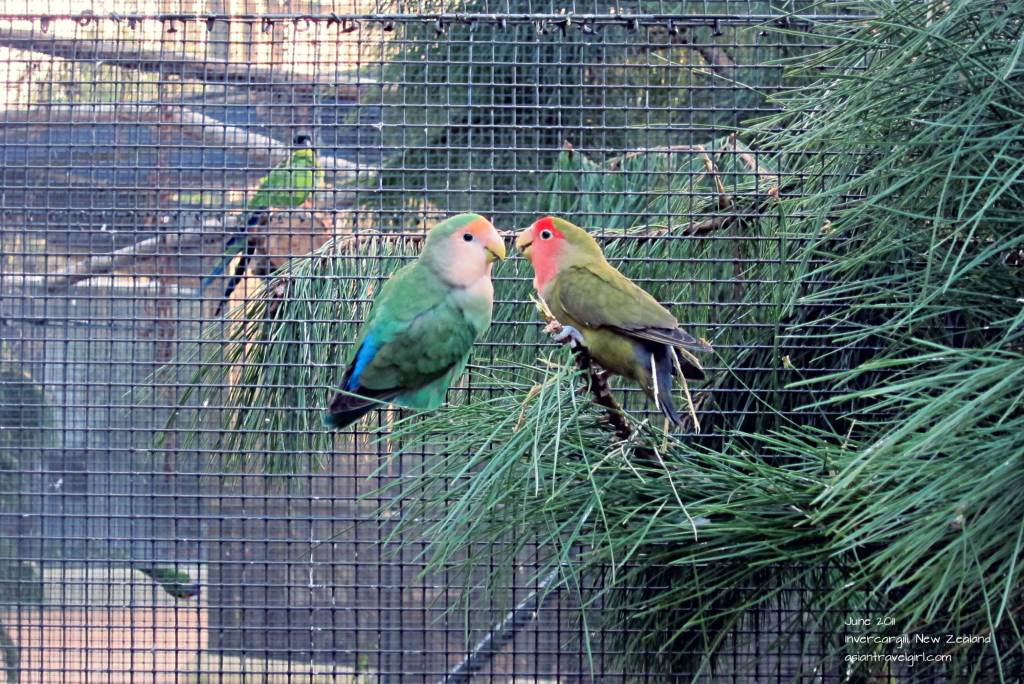 All the enclosures were very well maintained and spacious for the birds. I love the information board they have around the aviary, cartoons were used to make it simple for kids to read. The birds all looked so clean, that is because they care for their feathers by head scratching, preening and bathing in water or dust. Most feathers are replaced every year during moulting anyway. 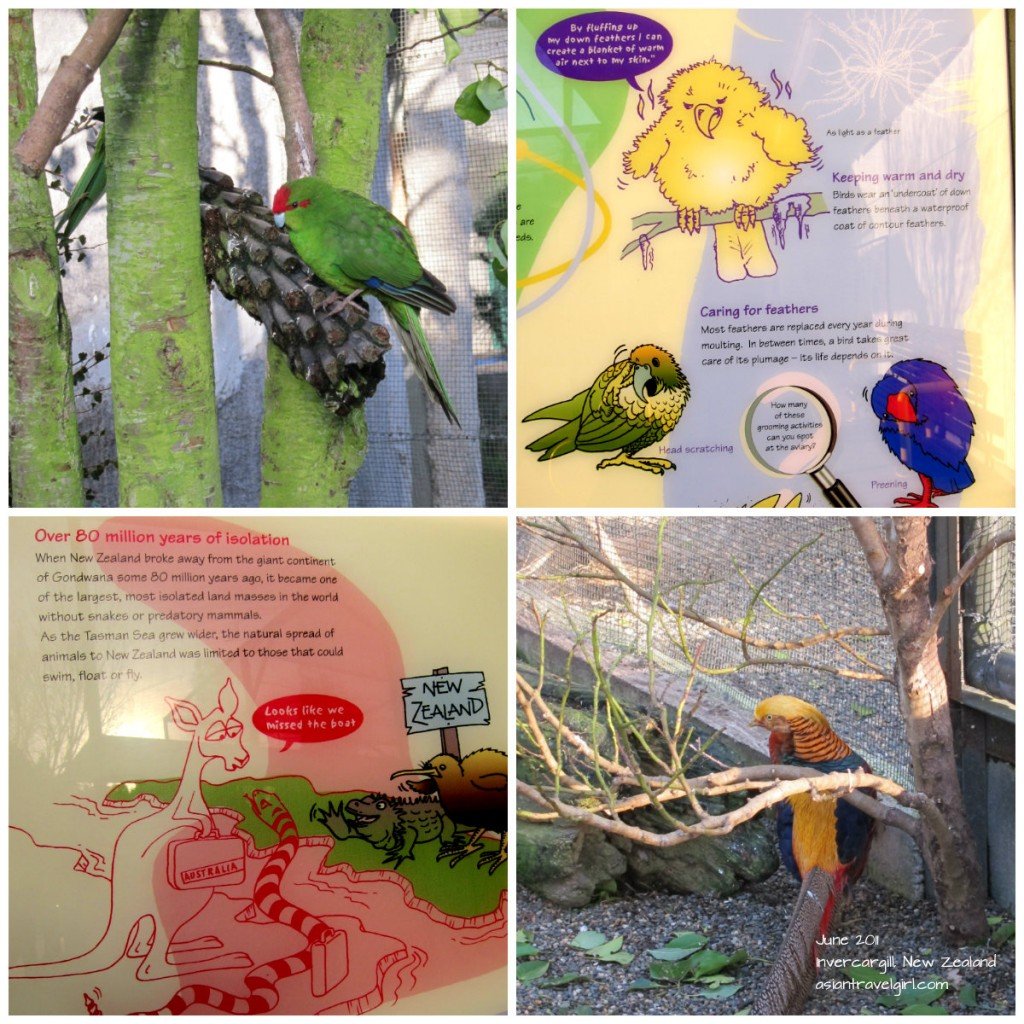 My favourite piece of information was that New Zealand broke away from Australia 80 million years ago and became the largest land mass without snakes or predatory mammals. As the separation became wider, it became limited to those who can swim, float or fly! This is the reason why I love New Zealand outdoors! Anyways, the next thing on the visit list is to see the 113 years old tuatara Henry.