I must admit Turkish Delights were never my thing. They were just pink, soft sweets with pungent artificial rose smell. York told me the real Turkish Delights in Turkey are amazing. However that was proven wrong as we tried them in the airport and in other “speciality” stores. It wasn’t until we made our way to the original store that invented Turkish Delights “Haci Bekir“. That’s when I feel in love with these sweets. 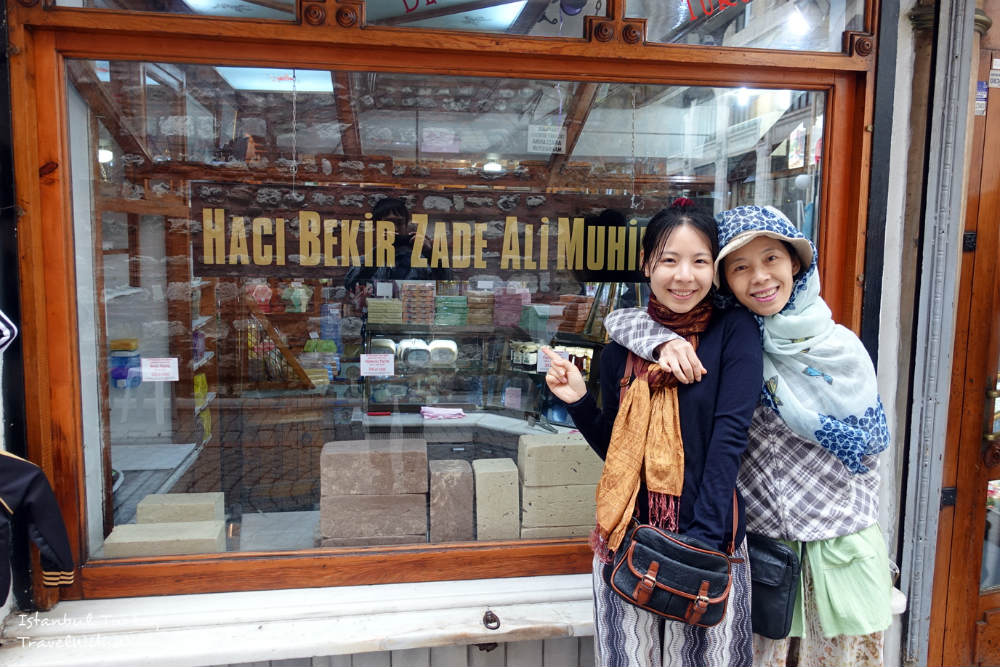 After getting lost in the streets, we finally found the original Turkish Delight store: Haci Bekir!

Turkish delights or “lokums”is a type of sweets made of gel of starch & sugar and dusted with icing sugar to prevent it from sticking together. It can either be flavoured with rosewater, lemon, etc or have pistachios, hazelnuts, walnuts bound by gel. Apparently the founder of the company Haci Bekir first invented these treats in 1777 and introduced them to Ottoman Palace. 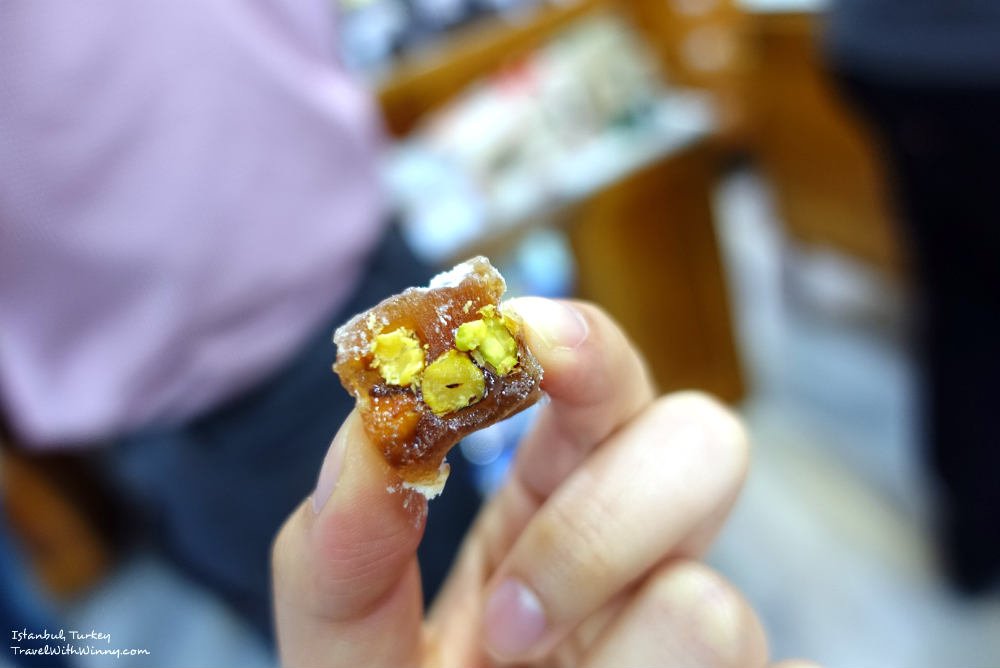 First time trying the more “gourmet” Turkish Delights have pistachios in them.

The store Haci Bekir we went to was the original store near Spice Bazaar in Old Town, other locations can be found on their official website. Despite numerous reviews on Trip Advisor for appalling services, we did get free sampling for all four of us for each flavour we asked for.

The guy was actually very nice about letting us try every single flavor we asked for. We were too shy to go over-board though!

Haci Bekir sell pre-packed ones which are perfect for friends and families. They are reasonably priced too (smallest pre-packed rosewater flavour was 7 TL per box, their on-line store has all the pricing). If you would like to eat them on the spot, ask them for a mixed bag. These lokums are so addictive, it is hard to stop! A good Turkish Delight shouldn’t be too sweet that it burns your throat, it should be elastic but does not stick to your teeth. Haci Bekir ticks all the boxes! Their double pistachios are to die for! I heard they use special herbs in their formula so it doesn’t just taste too sweet. It is important to keep in mind that lokums lasts 8-10 months and shall not be refrigerated. 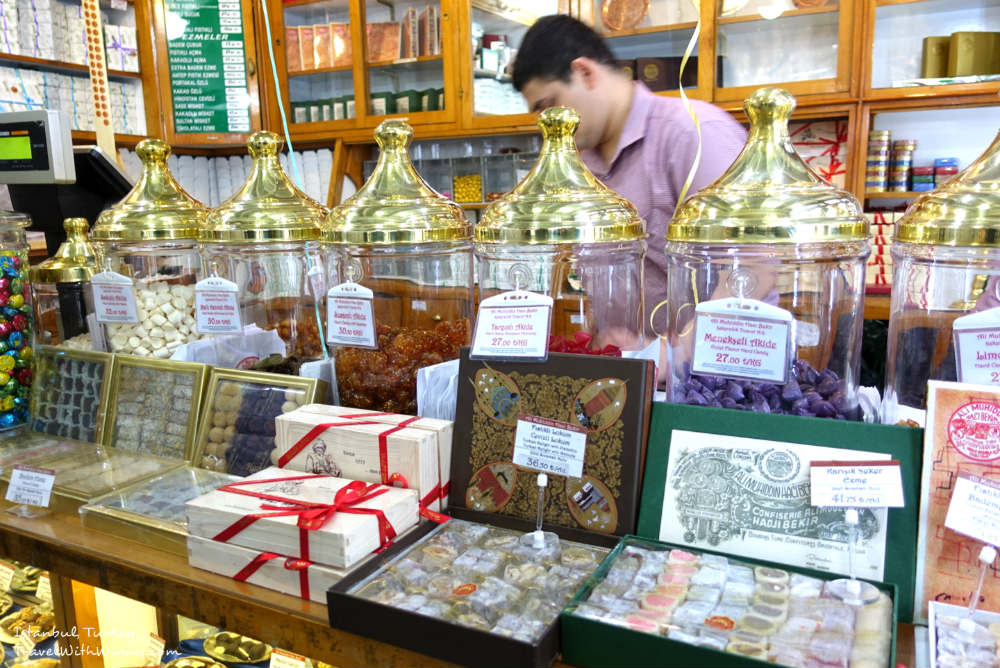 There are many other Turkish desserts on sale, not just Turkish Delights. The pre-packed ones allows you to bring home to family & friends with ease!