Tasmania is the only island state of Australia, it has many fresh produces and seafood. One of the most famous food in Tasmania are curry scallop pies. Hence during this trip, we are hoping to find the best scallop pies in Tasmania! 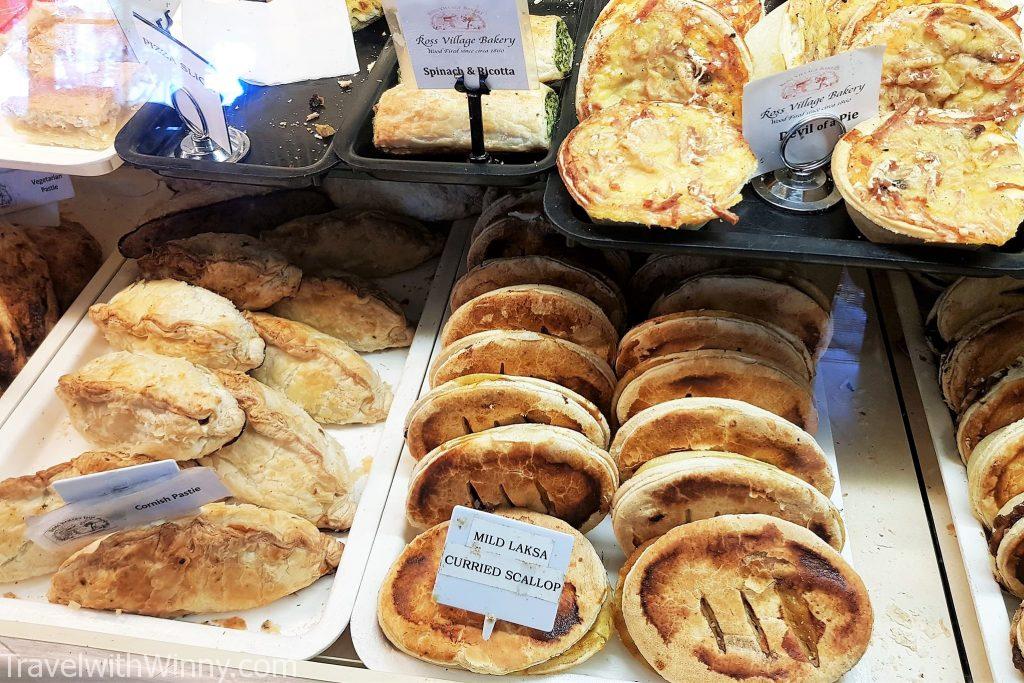 The scallop pies found in Ross Village Bakery in Ross.

What are Scallop Pies?

In late 1800s when people of Hobart were searching for oysters in River Derwent, they found edible scallops instead. Since Australians love their meat pies, it is no surprise that scallops made their way into savoury pies! 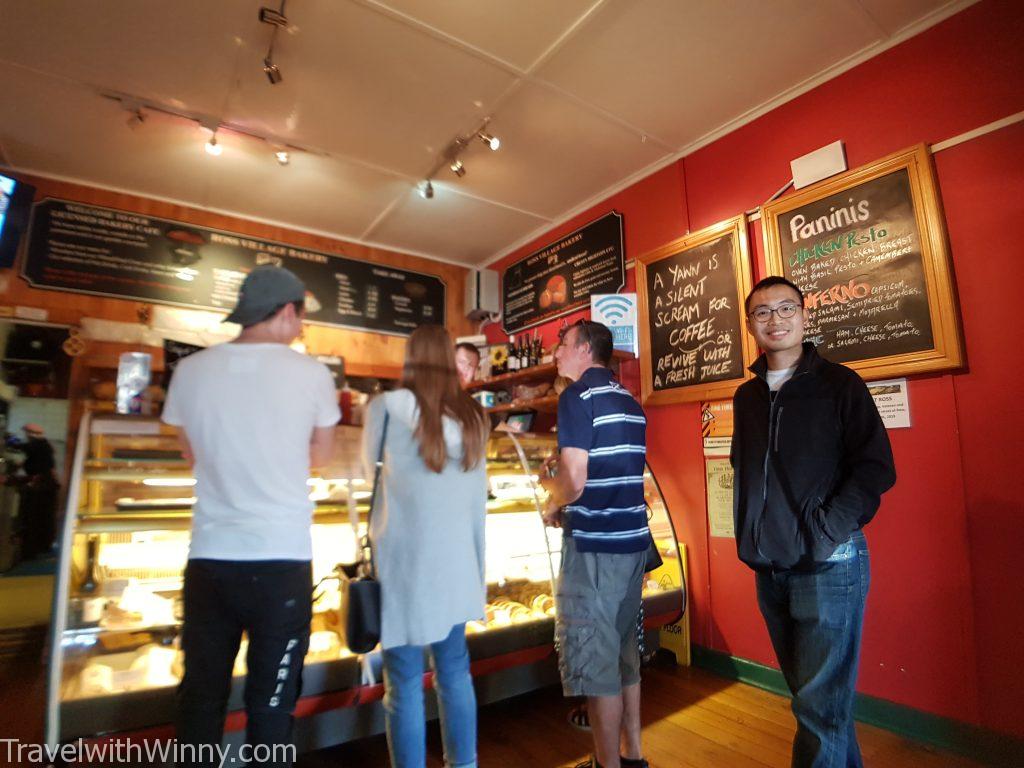 If you are unsure what to have for lunch in Australia, just go to the local bakery for a pie!

When curry was introduced into Tasmania, some genius person realized that curry powder and scallop in pies goes well together. Since then, it has been the iconic food of Tasmania! 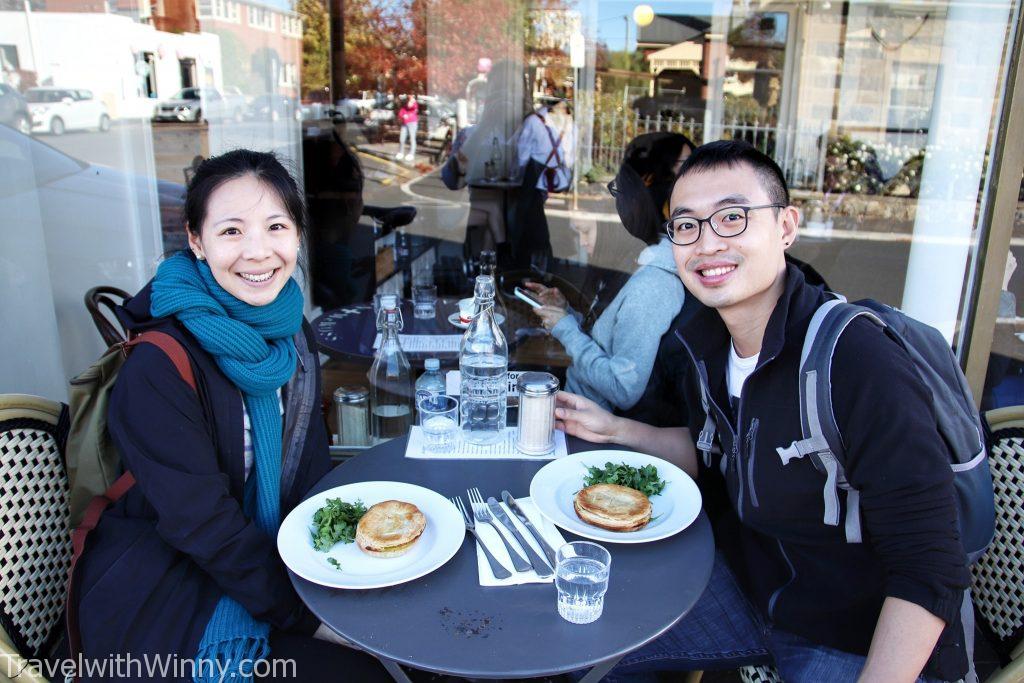 When is the right season for Scallop Pies?

I actually didn’t consider this when I came to Tasmania for Easter break. It turns out Tasmanian scallops are only in season from end of April to end of July. The pies usually costs AUD$10 each, so majority of the times if you are eating outside this time frame, you are probably eating frozen scallops not fresh ones. 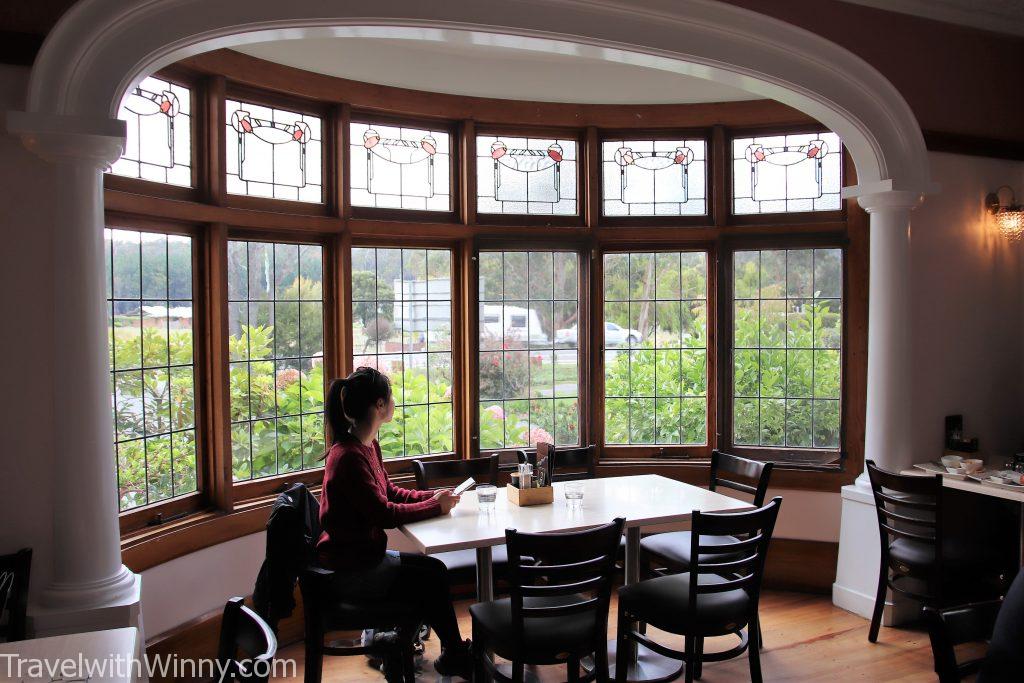 On a side note, we discovered House of Anvers along our food trail for some delicious chocolate waffles.

One of the most famous scallop pie places is Jackman and McRoss near Salamanca Market. It has numerous good reviews on Trip Advisor and has been highly recommended on blogs. To our disappointment, the pies here are flat, scallops are small, it is certainly not a good pie by Australian standard. 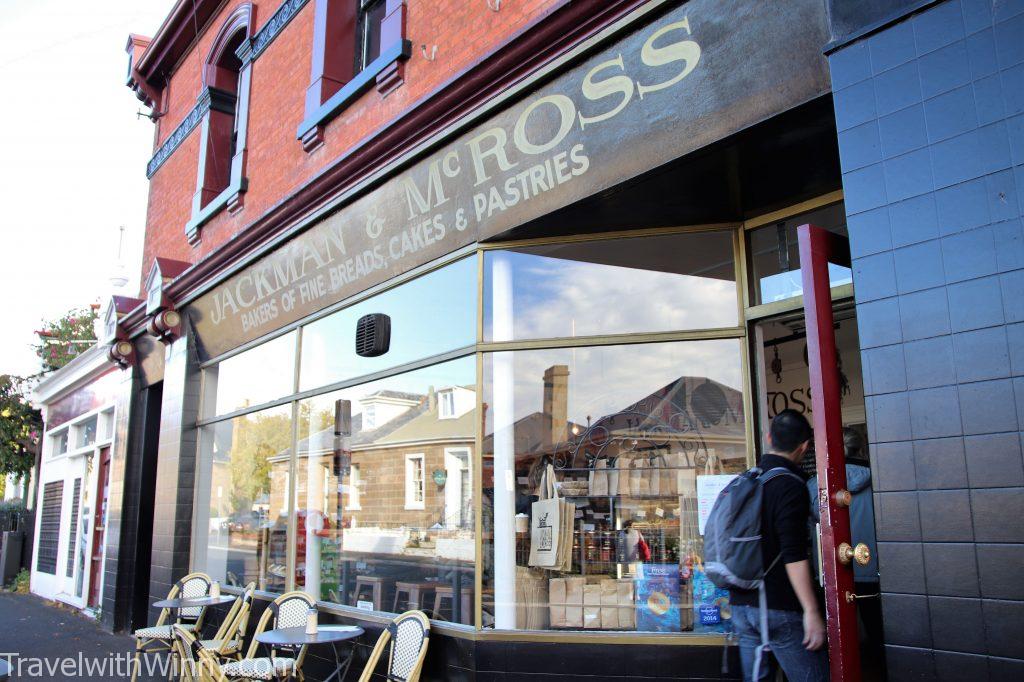 The streets near Jackman & McRoss are quite cute.

After putting up my photos on Facebook complaining to family and friends, it turns out they all agreed with me that Jackman & McRoss is only good for the ambience, the pies are just average. Considering this place was jam packed on a Saturday morning, they probably more tourist orientated than local orientated. 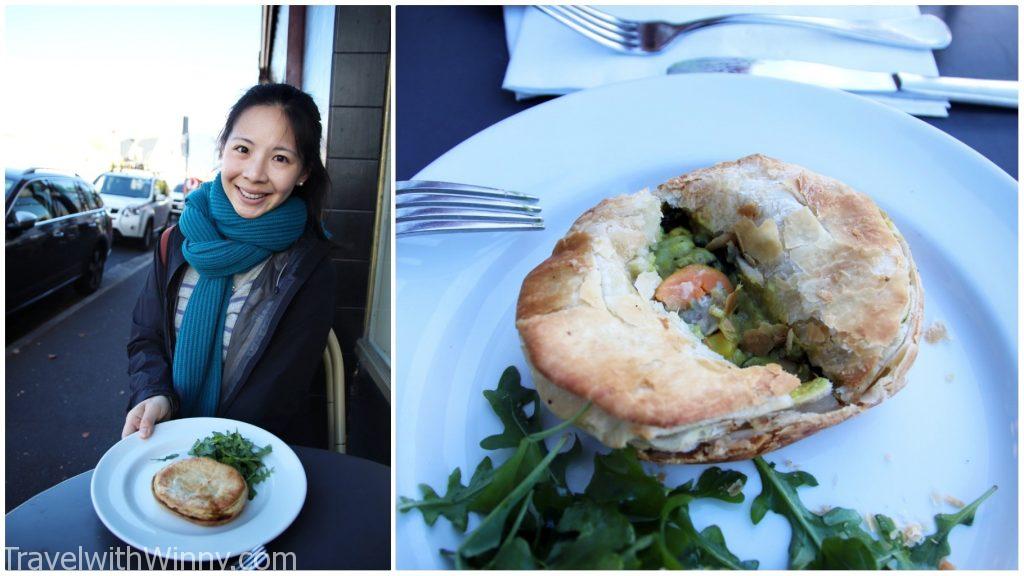 The scallop pies were very flat and only looked good in pictures.

Apparently Smiths Speciality Pies are the original people who invented scallop pies! We had no idea! We saw their van in Salamanca Market on a Saturday morning and people were lining up for it. As we just had our breakfast in Jackson & McRoss, we decided to come back later. Turns out the pies were sold out by noon! We checked the reviews and it turns out they were one of the best in Hobart! Our friends even sent through some photos to prove it. Next time… 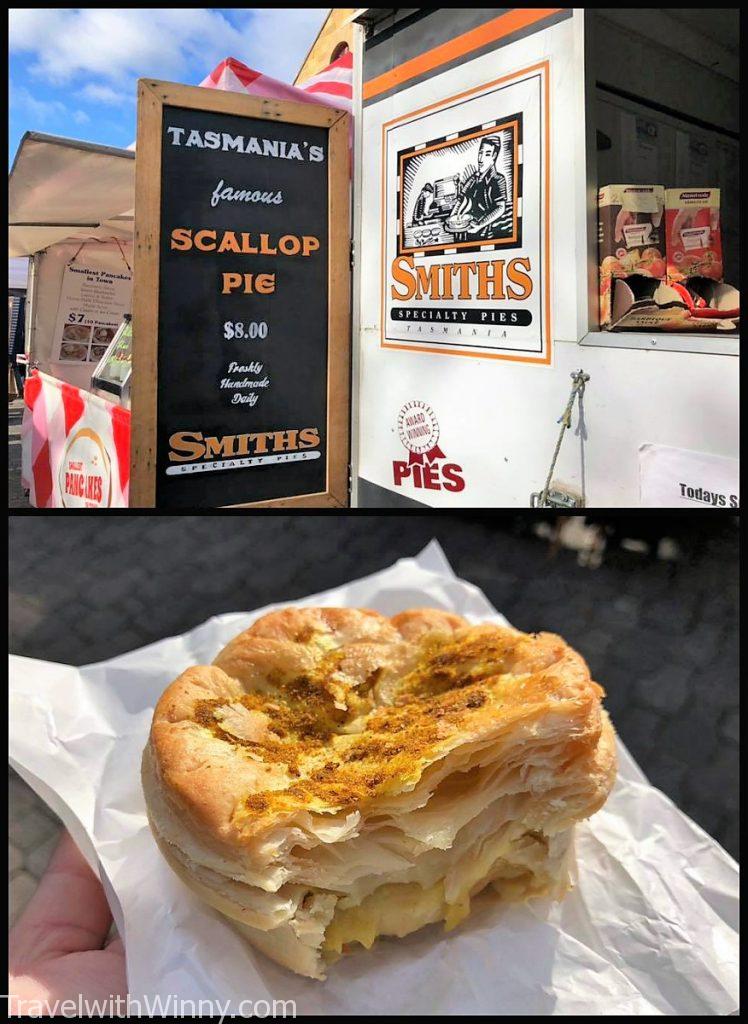 These scallop pies look so much tastier in Smiths Specialty Pies.

Next up is Ross Village Bakery that’s been around since the 1800s, they still use the wood oven to bake their goods. This bakery is notoriously famous among Asians since the guy (Hayao Miyazaki) who made the Japanese anime “Spirited Away” got his inspiration of “Kiki’s Delivery” from this bakery. 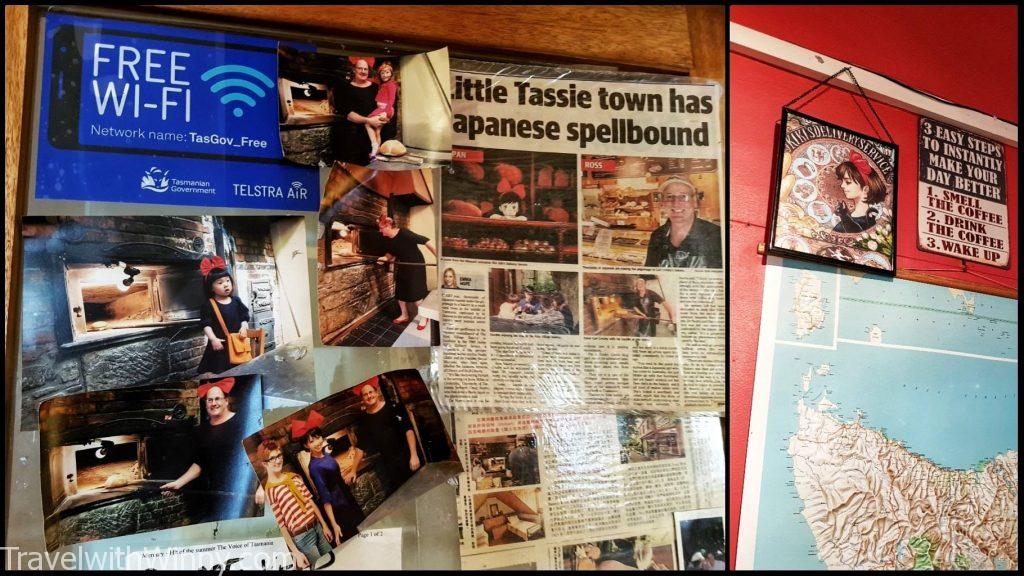 The bakery doesn’t actively promote the anime, just some photos at the corner to prove its existence.

The owner used to be willing to take you upstairs to look at “Kiki’s Room”. However we were here during Easter weekend, there’s no way I would ask for this kind of favour. There are actually two bakeries in Ross, only this one is packed with Asians. Now you will understand why 😛 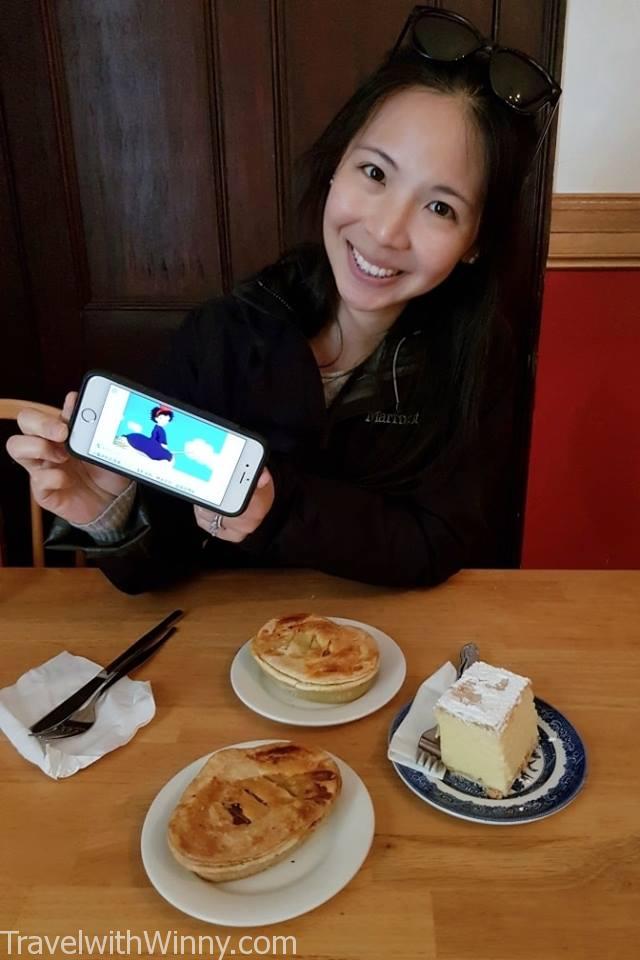 Had to show my husband what this anime looks like.

The bakery here are famous for their vanilla slices. To my surprise it wasn’t too sweet, perfect for two people to share. Their scallop pies have lighter curry taste, scallops are slightly larger. Still had better ones during one of the bakery visits on Great Ocean Road in Victoria. People said the scallops here used are probably half frozen, half fresh. 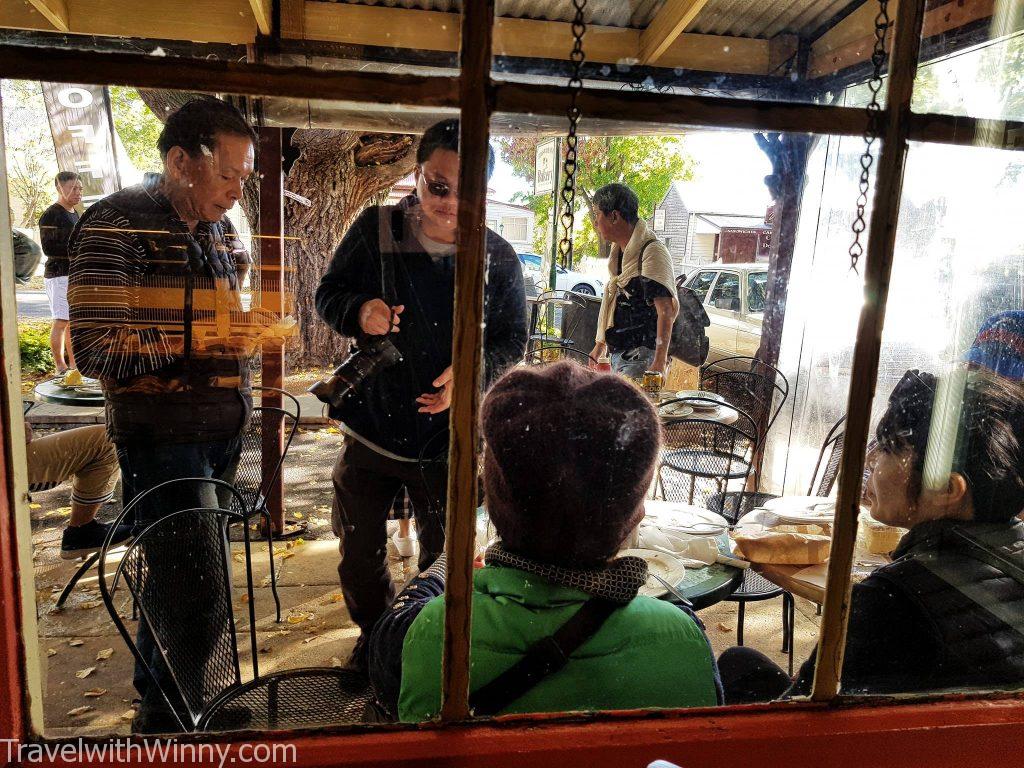 Majority of the Asians here are in Ross for the bakery where the anime was inspired from.

Ross itself actually has a proper attraction, which is “Ross Female Factory“. It is one of the 11 sites that collectively comprise the Australian Convict Sites and is listed on the World Heritage List by UNESCO. 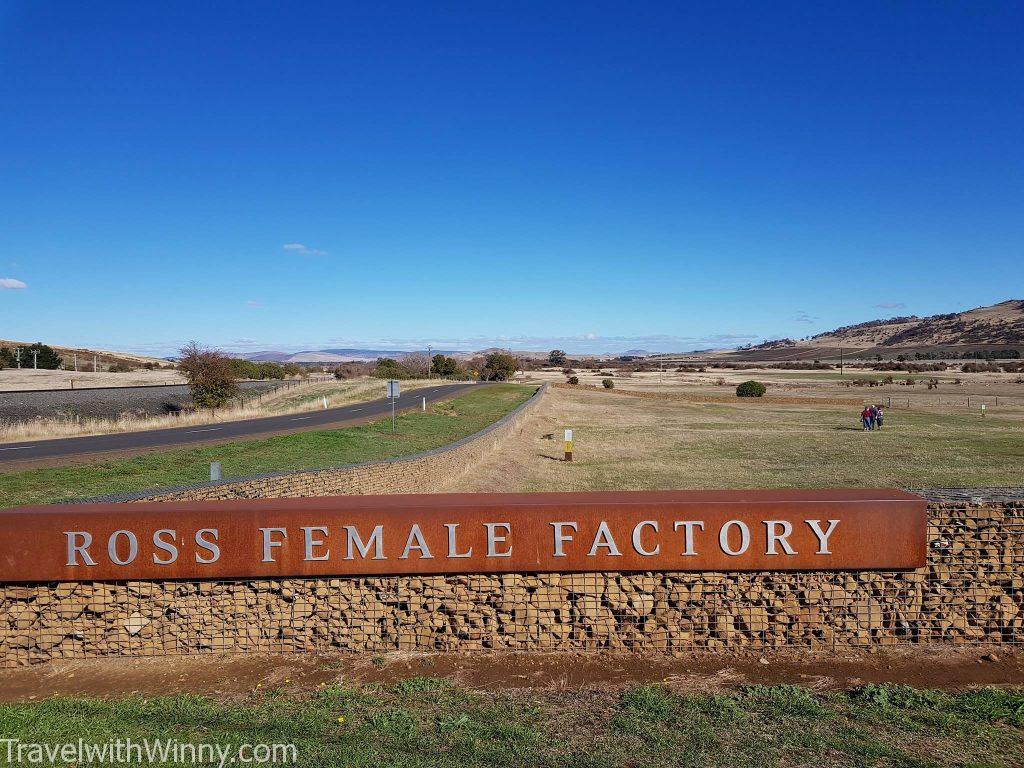 Ross Female Factory is the main attraction of the town.

Bicheno is a town located on the east coast of Tasmania and is famous for its blowholes. This bakery was recommended online due to its scallop pies. They only use fresh scallops when in season, so if you come during non-season (like us), then you don’t get to try any. 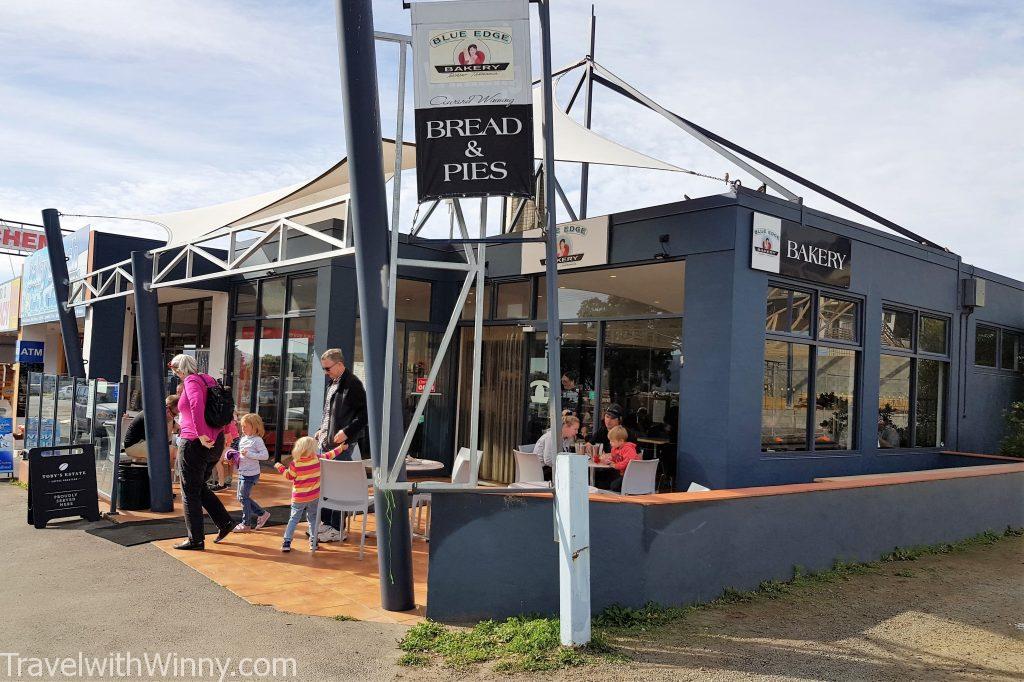 Blue Edge Bakery is quite local.

Although their chicken and camembert cheese pies are quite good also. I like it this way, at least you know you getting the real deal and not spoil the reputation of a good Tasmanian scallop pie. 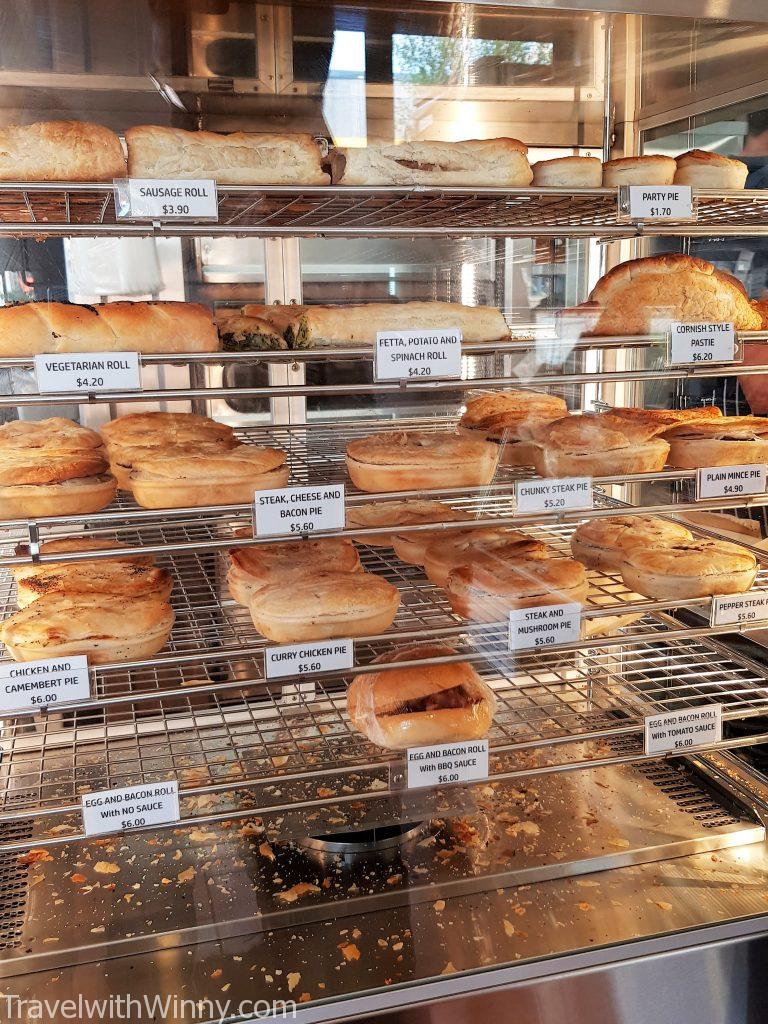 Didn’t have scallop pies but their chicken and camembert pie was good. 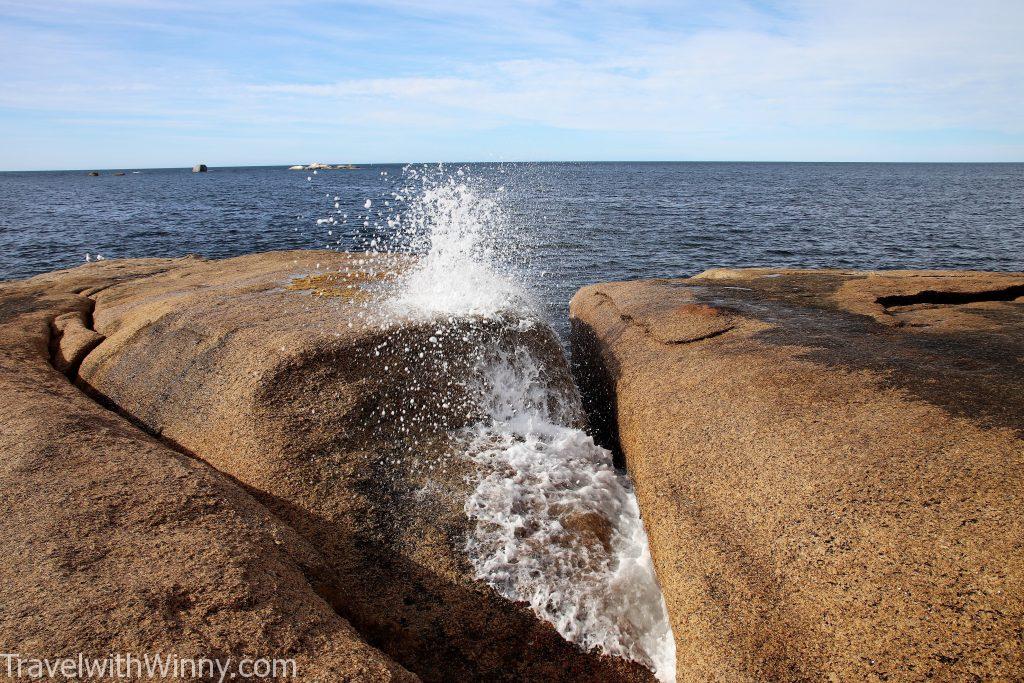 The day we came to Bicheno was too calming, not enough wind to produce a large blowhole.

More on Tasmania Food：Finding the Best Oysters in Tasmania