Comida Catering Co. is a small store inside central market.It is a Spanish tapas bar and making its mark in the market with its huge paella pan cooking right in front of the shop. Although we were quite early for dinner at around 5pm, the shop is already packed out with customers. Most people were drawn in by the paella. Some of the customers were even shop staff of other stores in the market. There were three separate tables set up next to the walkway and two long benches attached to the cooking area. These seats were constantly taken. 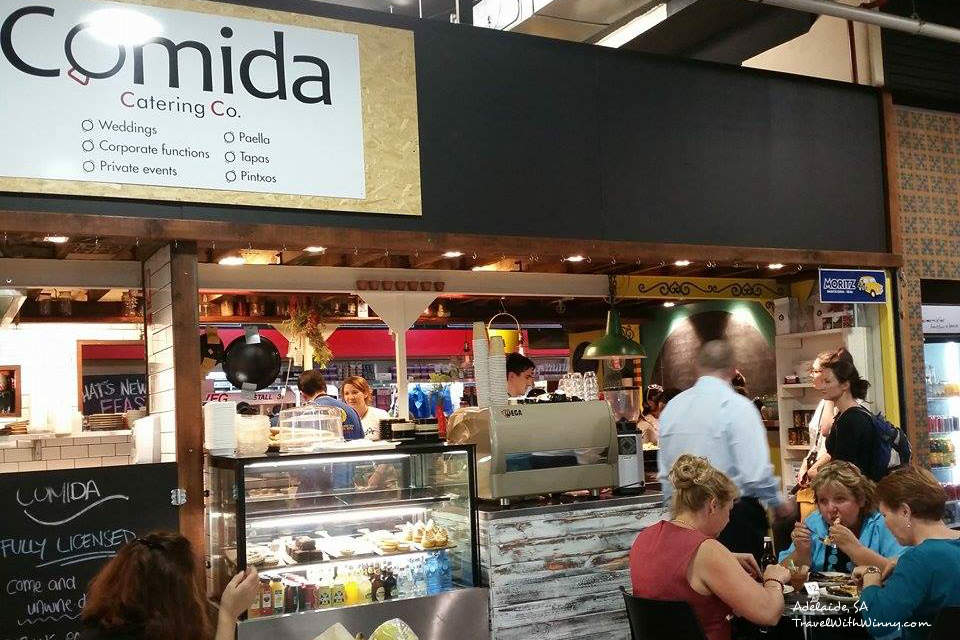 We waited patiently for seats and luckily it wasn’t long before a few people left. We ordered two tapas, one main dish and the paella which everyone in the store seems to be eating. 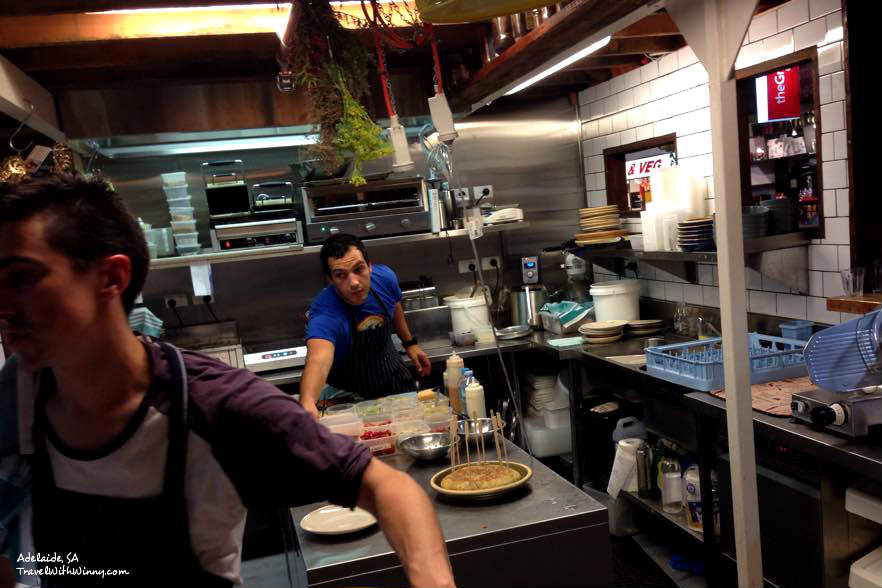 First up were the Port Lincoln mussels. The mussels were marinated in saffron, sherry vinegar and herbs and came with bread. The mussels were served cold with shredded carrots. We really couldn’t taste much beyond the texture of the food and the sherry vinegar which had a quite over powering sourness. It would have been a lot nicer dish if only the sourness was toned down a bit. 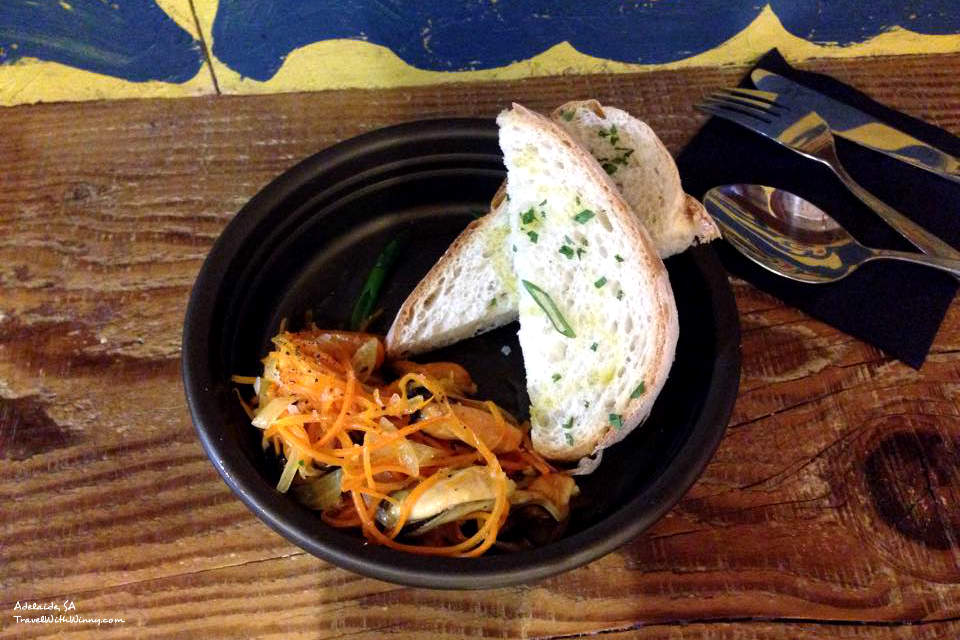 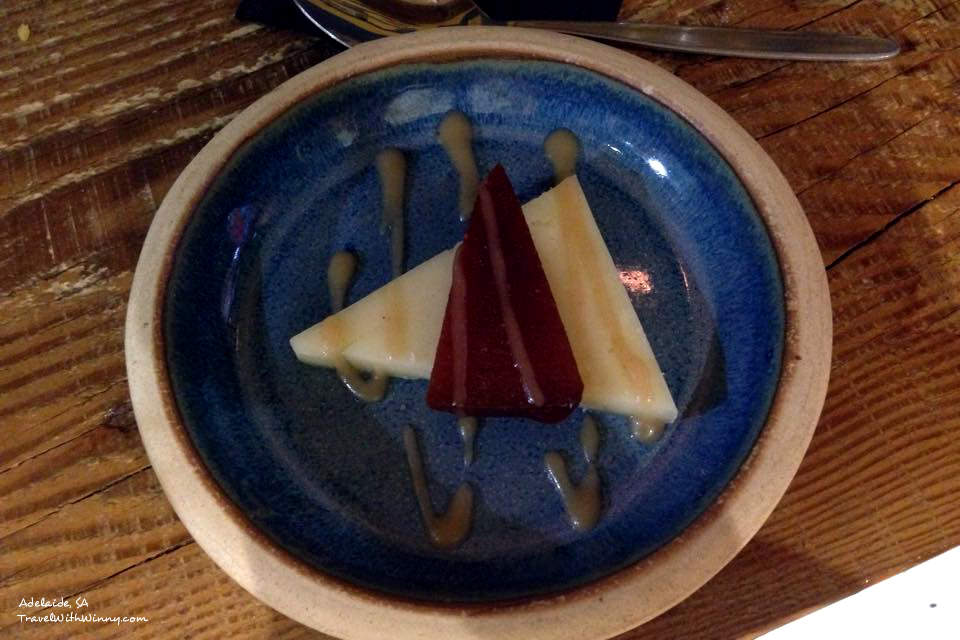 The Paella turned out to be quite delicious. The dish wasn’t overly salty like many other paella we have experienced in the past. The chorizo, saffron and other herbs makes it quite a flavourful dish and it’s packed with chicken and muscles. No wonder this is a dish that even surrounding store staff come to line up for. We were quite lucky to have tried the paella since it was gone within 20 minutes, the next batch takes 45 minutes to cook. 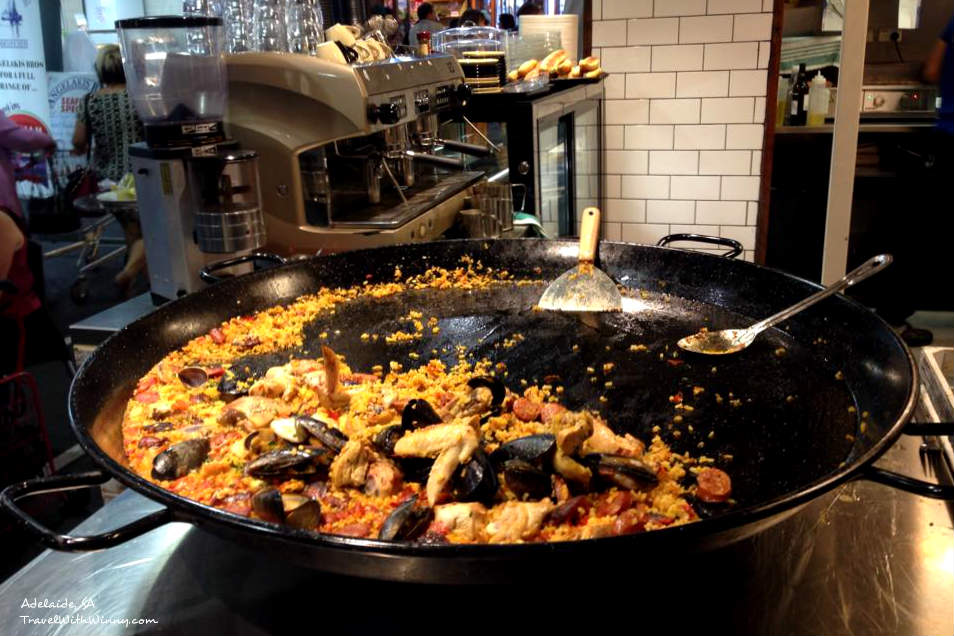 We finished our meal with a dish called Ensalada. It is dish with Ocean trout, roasted peppers, sweet garlic, caper berries and herbs. The Ocean trout was cooked quite well with the meat close to raw and hence quite tender to eat. The meat went well with the combination of slightly sour roast pepper, sweet garlic and caper berries. It was quite the refreshing finishing dish. 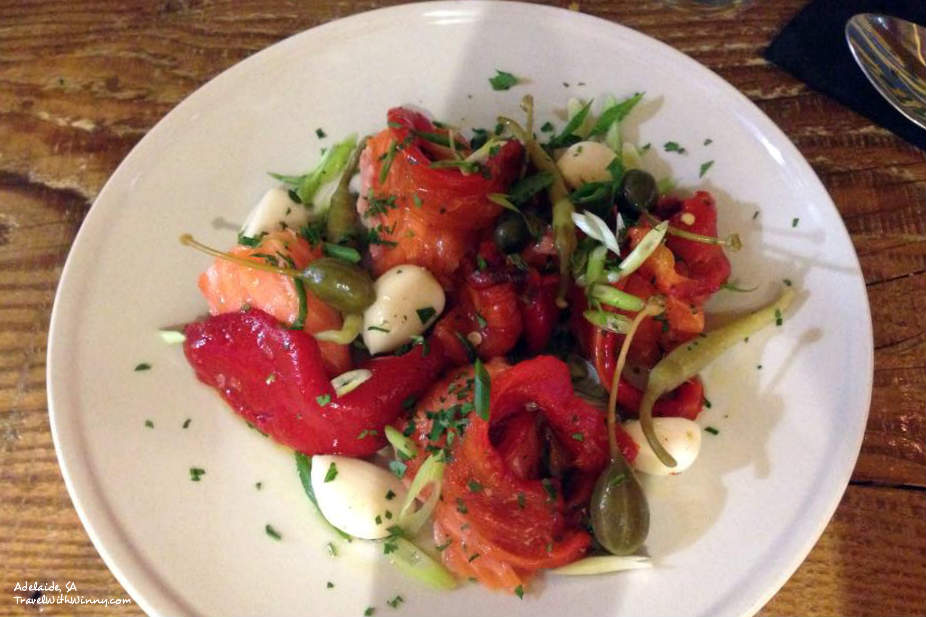 Comida catering Co. aslo does catering for all kinds of functions including weddings and varies social events. They have a website with further details and can book them by calling or emailing them 🙂